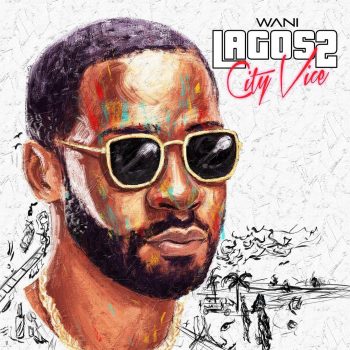 With a childhood split between Nigeria, the USA, and the UK, the sound and culture experienced in these folds have been a dominant feature in his music Wani comes stronger on “Lagos City Vice 2.” Here, his lines are more reflective.

Wani shares affinity with Nigeria, USA, and UK, but he still holds strongly to the Nigeria vibe in his music while he suffixes it with the rhythm and flow of US/UK Rnb. With a childhood split between Nigeria, the USA, and the UK, the sound and culture experienced in these folds have been a dominant feature in his music.

In 2018, the American returnee officially introduced himself to the Nigerian music industry with a six-track boisterous and melancholy extended play which he titled “Lagos City Vice,” a tribute to the chaotic African economic city centered on party, drugs, women, and love underlying childhood memories, and nostalgia.

A year after the release, he was involved in “Incase You Don’t Know,” one of the standout track off rap group’s, Show Dem Camp high-flying “Palmwine Express” album. In November 2019, he also released a double single to quench the thirst of fans who bated for a sequel.

Wani, who engineered albums for artists in the states before moving down to Nigeria has never hidden his love for the likes of the legendary 2Baba, the recently reunited P-Square, the maverick duo, Skuki; British-born singer, Craig David; rapper Kanye West, Roc Nation boss, Jay Z, and others. In a recent interview, he claimed they made his childhood alluring.

A first-time listener to his song would observe the impact of the aforementioned artistes on his craft; for example on the opening shot of “Lagos City Vice,” he titled it “2face Riddim,” and it sampled popular words and sayings from the “African Queen” star. Beyond this, he also leverages lyrics and flows from artists like Davido, Baba Dee, Kelly Handsome, etc., throughout the project.

The artiste is back with a sequel “Lagos City Vice 2.”  This EP is unlike the 2018 project which he solely recorded.  On this project, he called on the expertise of Buju, Pretty Boy D-O, and Show Dem Camp. At the end of the spin, you get transported to a different terrain. The EP is distinct from the novice Lagosian Wani was on “Lagos City Vice.”

The opening shot, “Grown Girl” explores sexual love, while the lyrics are filled with superfluous words. Wani rides the uptempo track with his alluring words. He assures the girls of his faithfulness and loyalty even though they consummated their love on the first night. Starting the project with this track is poignant. For the youth, topics like these are common, while many others may frown at them.

“Jailer” shares name with the alternative artiste’s Asa’s classic song, but the theme on this track is a paradigm shift. Wani becomes vulnerable on this track. He turns to an obedient lover who vows to treat his queen well, and he adores and protects her at all cost. The instrumental retains the signature mid-tempo vibe, while the hook is warm and memorable coupled with the mellow strings and synth.

Wani’s long-time friend, Buju, comes up on “Times Two.” Steeped in a Spanish guitar riff, both artists dwell on women’s issues, especially their love for money. Although the perspectives both artistes chose differ. At the end of the song, the aim was achieved. Women are important but money is more germane. For artistes who just cut their teeth in the music industry, focusing on their craft and money seems like the ideal thing to do.

On “Level,” Wani revels in partying while he reflects on life and his aspiration to succeed in the music industry. The solo saxophone aids his articulation and ad-libs on this ditty.

One prominent feature of this EP is the autobiographical state of some of the songs. Wani lets his guard down; he might be the mayor of Lagos life, but he also falls in love sometimes. In rare cases, he gets shot with the Cupid arrow. He states this on “Smoke Out The Window.” It’s a depressing and sad afterthought about a failed relationship. Love comes with attention and when that is not forthcoming, Wani feels the curtain should be drawn. Is that what is obtainable outside? With the relationship over, he drowns in smoke and other addictions.

Prettyboy D-O uplift the mood of the album with his dazzling verse on “Hennessy.” He becomes the perfect partner for Wani’s emotive and celebratory tone on the track with his ragga-like verse.

Tec of the rap group, Show Dem Camp delivered a palm wine-esque rap verse on the banging owambe tinged “Faaji.” It’s a return to the tempo of the “Lagos City Vice 1,” with Wani delivering his verse in undulating cadence and confidence. “Calvin Clean,” is uptempo and party-driven accompanied with an underlying female vocal.

GBTC, which stands for “God Bless The Child,” ends the EP. Emotive and slow cruise hinged on gospel/prayer-filled lines and motivational words. Just like most of his songs, Wani contrasts the words and tempo of the song leaving the listeners to choose the one they like. It’s soothing.

With Platoon media bankrolling the project and three years already spent in Lagos, Wani has evolved in sound and trope selection. This is reflected in the 23 minutes listening time of the EP. While the songs are for the party, he drops soothing motivational, and instructive words for his listeners to chew on. He sounds refreshing, and for the subsection of audiences who don’t subscribe to uptempo songs, he brings something new.

The EP’s pithiness is commensurate with its cohesiveness. While fans look forward to Wani’s long-awaited debut album, Wani sets the framework with this sequel.