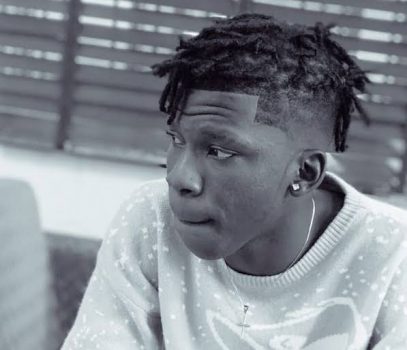 Seven years ago, Balogun Afolabi Oluwaseyi, professionally known as Seyi Vibez officially began his musical journey in Ikorodu, on the outskirts of Lagos, with little or no support from his parents. He kept it going even when the music label he hinged his hope on dropped him a few months after he got signed.

Born in Ketu with a childhood upbringing in Ikorodu, Seyi Vibez is currently on a musical globe-trotting. It is now left to his persistence and the strategic application of his talent.

In August 2020, Seyi Vibez released his breakout single, “God Sent,” a prophetic message about his future aspirations and his background. The Aktivated-assisted video currently has more than 200K views on Youtube. The recent performance of the song at 2021 Felabration was received well, drowned out by a sing-along from his fans.

“God Sent” is relatable and captures what an average Nigerian youth wants. The song formed the bedrock for his debut extended play, “No Seyi, No Vibez,” a confrontational and ambitious title, a nod to his future aspirations in the Nigerian music industry.

“NSNV” opens with a guitar-based track “Superstar.” Beyond being a ballad in which Seyi serenades and sweet talks his love to win her over, he also brags about his newfound status. “Superstar” as a title confirmed Seyi Vibez’s high future aspirations.

“No Seyi No Vibez” begins fully with “Big Vibe.” Over drums, strings, and kicks instrumental, Seyi Vibez takes fans inward, into his state of mind, how he meanders through life’s turmoil with music being his best companion. He does not forget to pay homage to his supporters so far.

Seyi Vibez and Barry Jhay are cut from the same cloth; their sounds are rooted in the traditional Yoruba sound of Fuji and Juju, with Fuji superseding. On this EP, Seyi Vibez exploits the Fuji sounds on two records, “Godsent” and “Para Mode.”

On the Teni-assisted “Para Mode,” Seyi Vibez jumps on a Pasuma Wonder flow on the first verse, while Teni pays homage to Kwam 1 and Pasuma Wonder. “Para Mode” is a record that explores the storytelling archetype of the Fuji genre; this time around, with a hybrid of Amapiano.

Released more than 10 months ago, the remade version of “Pay Day” got an assist from Reekado Banks, former Mavin record artist who replied to Seyi Vibez’s request on his verse. A subtle message of taking life easy was passed on the song. The version in this EP is well-written and includes guitar strings which further makes it an earworm.

“Over Sabi” alludes to Seyi Vibez’ tropes of street wisdom; it’s an infusion of Afrobeats and Amapiano elements. A potential club banger if well marketed by his management.

Seyi Vibez kept to the 1960s US Navy concept of “Keeping it simple.” On most of the songs on this EP, he kept to the intended themes. “Catalyst” is rife with street wisdom and anecdotes.

The final track “NSNV” begins with a saxophone solo. It got sparse out by his grass to grace story; a familiar trope of artists in Nigeria. The best part of the song is the back-and-forth hook between him and the backup singers.

More than half a decade after he started music, it is thrilling listening to Seyi Vibez’s debut project. It lived up to its title of Vibez, which is strategically infused in the EP. Seyi shines more when he motivates or talks about his upbringing; his party records are blasé and insipid at best. In 20 minutes, he takes the listener into a journey with minimal input from the featured artists. This shows he is in tune with his artistry, and exudes some level of confidence about his craft.