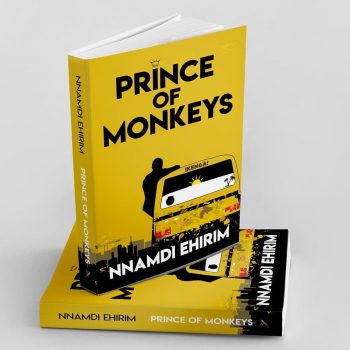 The mention of ‘80s and ‘90s music and film, among other cultural zeitgeist, gives Nnamdi Ehirim’s novel an authentic feel of the period in which it is set. Allusions to Fela Kuti crucially connect the pop culture of the period to politics…

The overwhelming feeling one gets after reading Nnamdi Ehirim’s debut novel, Prince of Monkeys, is one of having been through a mythic chronicle of the modern African state. In this book, Ehirim captures the secret history of a generation that defined what is perhaps the most important period of post-independence Africa: the 1980s and 1990s.

Ehirim’s novel is a Lagos novel, in the tradition of Achebe’s No Longer at Ease. There is a recent surge in the publication of literary works centered in and around Lagos, Nigeria’s most globalised city; the most recent ones being Eloghosa Osunde’s Vagabonds!, and Damilare Kuku’s Nearly All Men in Lagos Are Mad. Ehirim captures the situation where thousands of immigrants and people in the city are trying to “fit into the dynamism of the metropolitan organism.”

The story mainly follows the fortunes of four friends who grew up in the fictional Lagos suburb of Omole. There is Ihechi, the protagonist, the only offspring of a dysfunctional marriage between a traumatised Igbo father and a Yoruba mother who is an Ifa adherent. There is Pastor’s son, the bumbling son of a local pastor.

Then there is the bookish Mendaus and the movie-watching Zeenat, adopted siblings of a dysfunctional family, largely in the upper middle class bracket. To some extent, another friend whom they played football with in their early years, Maradona, is also part of this quartet. Maradona appears to serve as a crucial foil to the main quartet in the story, appearing at crucial moments as a reflection of their changing fortunes.

For Ihechi and his friends, their lives are defined by their ties to their dysfunctional families. The atmosphere at home drives them outside to find dissipation at first with football and later with nightly forays to Fela Anikulapo Kuti’s Afrika Shrine, where they later meet the Afrobeats legend himself one sultry night. Ihechi spent much of his childhood wishing his family was different. Somehow, his life is defined by fear; fear of his mother’s adherence to the Yoruba Ifa religion, fear of the violent manifestations of his father’s trauma, and fear of the predatory political world around him.

Nnamdi Ehirim’s deliberate effort to highlight the presence of other religions apart from Christianity and Islam is heartening. The novel, in subtle ways, highlights the inadequacy of religious education in the Nigerian education system. Nigeria operates on a system sustained by the Muslim-Christian binary. The novel seems to point out, as some people have been pointing out, too, that there is no such easy binary in Nigeria where there are also sizable adherents of other religions.

The author’s portrait of Nigeria’s religious anxieties is interesting. For his constant regurgitation of the religious argument and the violence that could result from it, it seems that the author is at pains to show how one religion is rejected because of the outward image of how its fetishes and symbols lack the elegance of modernity. Ihechi is made part of the culprit in this regard.

Away from religion, the novel touches almost every aspect of the political history of Nigeria. From the independence struggle, to the Civil War, to the stifling military regimes that defined the last two decades of 20th century Nigeria. Through the fortunes of Ihechi’s family in Enugu, on his father’s side, we learn about the travails of the Igbo during the Civil War as a way of explaining Ihechi father’s depression.

These explanations seem, however, for the most part, superficial, even facile. This is the result of the novel’s apparent fixation with touching on almost every political event in Nigeria’s history. To better achieve a more enduring emotional effect, it is always better to focus on as few of these events as possible, as Adichie did in Half of a Yellow Sun.

It will take a lot to understand how children become so politically aware at a tender age like Ihechi and his friends. With Mendaus, the quintessential bookish character, reading across the elitist opinions of Marx, Nietzsche, etc, this early romance with politics is fully realised as we progress through the book. With Ihechi, we are not always sure where his true allegiances lay.

Only from the moment he meets Madame Messalina does his character gain more complexity and nuance, away from his constant thoughts of his girlfriend, Zeenat, who dies during a night riot outside Afrika Shrine before Ihechi is bundled off to go and live with his relatives in Enugu. Still, the reader would be hard put to understand how young children, not yet in the bloom of their teens, would talk like middle-aged professors and have deep philosophical conversations. This is one obvious flaw.

Apart from the philosophical conversations between the four friends early in the narrative, there is an instance where Effy, Ihechi’s younger cousin, during a religious argument, makes a profound statement like, “As a matter of fact, I think he chose every one of us in this world to execute some heavenly plan that could change life as we know it,” and other similar statements.

Nnamdi Ehirim’s Prince of Monkeys works better as a whole rather than in parts. The evidence of research in the novel is commendable. The mention of ‘80s and ‘90s music and film, among other cultural zeitgeist, gives the novel an authentic feel of the period in which it is set. Allusions to Fela Kuti crucially connect the pop culture of the period to politics. We also see the mention of the movies Citizen Kane, Casablanca and Glamour Girls, which was recently remade.

There are the occasional nice turns of phrase such as “A body brimming with life at dawn is returned to dust by dusk.” In describing the moment in prison in which the remaining friends realised they have failed, the author contrasts it with childhood innocence thus: “And it felt purer than childhood, when shadows could exist because we were hidden in the blinding light of innocence, because now we were in the pitch darkness of our predicaments . . .”

The narration largely takes the form of an aphoristic commentary on life, interspersed with proverbs, wisecracks, idioms, and aphorisms. It may appear to be plodding at times, but it works well for the tone the novel adopts. Platitudes such as, “And even as the sun set each day to the dreams and fantasies of the satisfied, it rose each morning to the hopes and aspirations of the desperate” are common. 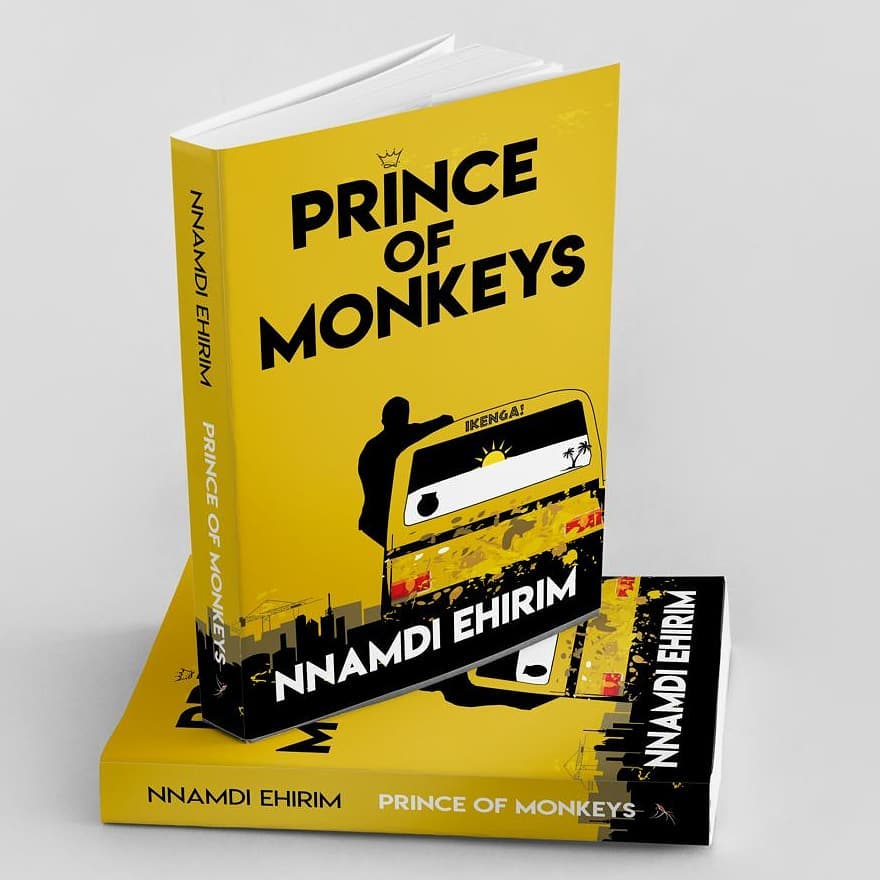 The novel’s central mythic metaphor of monkeys in a zoo aligns with the novel’s storyline. It reveals the depth of the failure that assailed the generation that came of age before the new millennium and the larger failure of modern African states thereof. In one harrowing instance, we see this in the ironic image of oppressors inflicting oppression on the oppressed with weapons purchased with the taxes paid by their victims. Ehirim has perfected this image in many guises. It is the same image that defined the final climax of Ihechi’s relationship with the political cabal he served, led by Madame Messalina.

From Ihechi’s rise and fall through the volatile political atmosphere of the ‘80s and ‘90s Nigeria, Ehirim excels in outlying the hidden trauma of a generation shaped by violent military rule and the equally volatile populace and pop culture. There is a lot to say for that generation; in the end, it is the their blood that laid the foundation for a return to democracy so that the ordinary man, former kings and princes of monkeys in the zoo of a dysfunctional African state, may have a new lease of life and, as Mendaus puts it, “become protagonists of our own fate.”

Read also; Hell Hath No Fury Like a Poet Scorned: A Review of Dami Ajayi’s “Affection and Other Accidents”