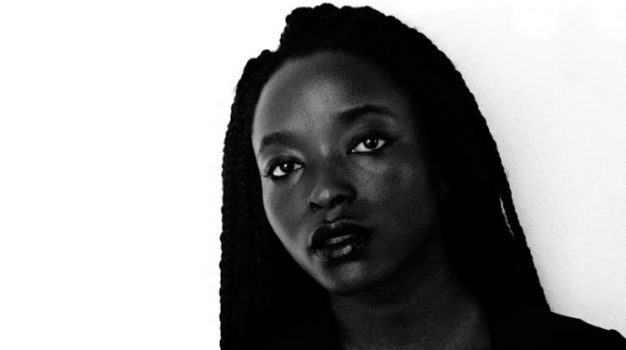 What is Yet Unsaid about Eloghosa Osunde and Her Novel, “Vagabonds!”

To people like herself, Eloghosa Osunde’s Vagabonds! is a letter of kinship. It speaks to those rendered vagabonds by their unending curiosity, their inability to stay in a place for long, those unable to stay in love…

There are two ways to read the writer, Eloghosa Osunde: as a storyteller, and as a thinker. Whichever way you read her, you inevitably find the other. When she thinks, she always tells stories, and when she tells stories, she is thinking, too. These are not new virtues in a writer, and one may argue, not necessarily notable. But in the past five years, Osunde has steadily climbed up the ranks to become one of the most notable and visible writers rising up the ranks from Africa. What makes Osunde notable is how she uses her storytelling gifts to illuminate certain aspect of the Nigerian experiences that are hardly talked about. She has, by so doing, carved a comfortable place for herself in telling stories about the marginal human experiences common among us, often employing what could be interpreted as familiar metaphors.

My first encounter with Osunde’s writing was five years ago in an essay titled “Don’t Let it Bury You” where she explored coping with trauma through dancing; how the body is capable of communication and healing through dancing. The essay received widespread admiration for its brilliance and uncommon perception, and was even shared by prominent Nigerian author, Chimamanda Ngozi Adichie. Osunde’s viral short story in The Paris Review, titled Good Boy could be taken for a confessional essay, except that its frankness is the kind almost impossible to obtain in personal non-fiction. The story quickly became a “The Paris Review Favourite,” and Osunde began to write a column for the magazine.

In & Other Stories, one of the essays in her column, she makes a case for how society is what she called, “a collection of shared definitions,” and when one is stuck in this set of definitions, one is stuck with societal conventions. Derailing from this is often a leeway to danger in a society where everyone seems to holdfast for safety. Existing outside of the giant dictionary of shared definitions alone is a path of scary loneliness, and for one to feel safe at all in the howling wind, they have to create their own definition. And how best to do this except by redefinition. Osunde argues, “Art making is my strongest argument for redefinition, because nothing shows you the lie of impossibility and the multiplicity of worlds better than a body of work standing where once there was nothing.” Indeed, her stories and essays have always hinged on opening the eyes of her readers in redefined conventions, and shining the light on redefining one’s place in society.

A writer’s creative powers are inescapably influenced by experience, imagination and memory. Osunde’s triad of these influences seem to be on the marginal, and from what is seen in her writing—including Vagabonds!, her debut book of stories, marketed as a novel—she is dedicated to showing the world what can be glimpsed from this side of the human experience.

Eloghosa Osunde’s Vagabonds! begins with a myriad of definitions of the word “vagabonds,” and over the course of twenty chapters, it tells and mulls over the isolated stories various characters, only related to each other by how they fit as vagabonds literally or figuratively, tell. The characters are unrelated as Thomas, the typical cat killed by curiosity, who, having discovered that many myths feared in society were lies which kept people afraid, goes to test the myth of what happens when a person looks from under his leg in the market place at night; Johnny, a driver mulling the loss of a lover murdered in the house of a dealer in human spare parts where he works; a dead young woman who takes up her body once again and hovers around places where she is unknown, making people fall in love with her and leaving afterwards, until she meets her match, etc. The book is considered a novel, but could well pass for a collection of short stories, and is hence a book, which, by definition of its name, hovers between the novel form and short story collection form. 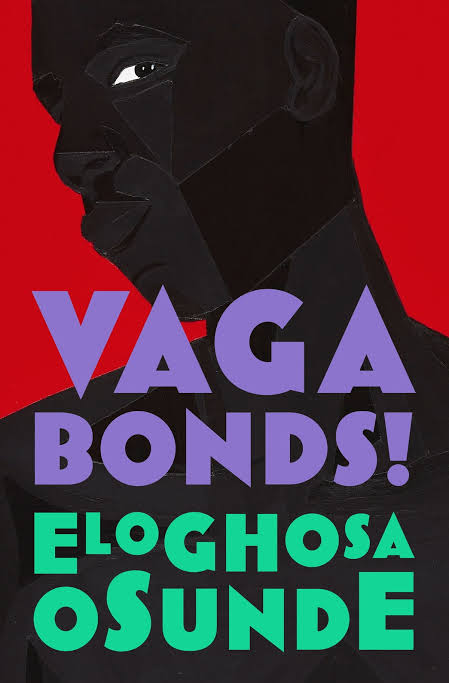 The firmaments which hold Osunde’s story together are often removed from what is real, but their subject is one of reality. Her stories benefit greatly from Nollywood, and the myths from popular gossips. In this way, she is able to weave characters who exist in the speculations that have captured societal imaginations to tell stories of unusual people. In “Thomas,” she writes about the very popular myth of the Nigerian football team losing to India in a game by almost a hundred goal to one, “or something like that”—according to the various versions of the myth available to her (Nigerians from various part of the country have slightly different versions of the story available to them). It is said of the match in the story, “It’s hard to know the year [that the match was played], but it really happened. After all, what’s the alternative: That an entire country had a choreographed hallucination? A nationwide delusion?” Perhaps there are times when some fables are so widespread that they could pass for a national hallucination. There are also some of these hallucinations which are popularised by drivers of culture like movies, and in books Osunde capitulates on, both to tell her stories. One of the ways this comes alive in her books is the common features in her stories of people dying and going to meet other wandering ghosts, or even taking up their bodies again and going to coexist elsewhere. This is often seen in Nollywood and heard in random but popular gossips in the country. Nobody is able to prove that these things are true, but they are spoken with so much conviction that if you were in a room where Nigerians talked about ghosts and how they have done the kind of things Osunde’s characters do, you would have to go out of your way to keep your unbelief about these stories.

Eloghosa Osunde’s Vagabonds! is intense in how it is written. Its sentences are tight and actively help drive tension. It is very easy for the reader to get into the emotions of the stories. Osunde’s imaginations lie side-by-side with her thought process and live alongside the characters. In the story, everything is living. The people, their ghosts even after they have died, even their place of existence, mostly Lagos (Eko) is portrayed as not just a living human, but a living god, whose habitation is the haven for vagabonds. The life of the stories lends an alertness to them, like the restlessness of the vagabonds about which they are told. Ocasionally, they portray wisdom, often untypical of young writers like Osunde. On this account, my favourite story in the novel is “Grief is the Gift that Breaks the Spirit Open,” about Toju, a character whose spirit exits her body, returns to it and goes away to live the life of a vagabond in other places where she was not known. She would meet men, make them fall in love, and leave afterwards, because, although their hearts were with her and often left with her, hers was not with them. This goes on until Toju meets a woman, Agbon, who cracks the vagabond in Toju. In this story, Osunde does best with her characters. The spirit exiting the body and returning to it is a clean metaphor of the metamorphosis and changes common in the human experience. Its wisdom lies in how it brilliantly portrays that vagabonds are not merely people running away from safety of societal conventions, but people who feel unsafe in these conventions, who hover in search for their own safety; and how love, more than anything, offers this safety, and yet love itself, a most powerful force, is unsafe in the search for certainty.

The imperfection of the stories in the novel is that they seem forced, and sometimes they are all over the place, which is not unusual for a debut. But they are powerful and thought provoking.

Being part of the confessional writers of her generation, who are very serious about their personal experience, Osunde’s writing is deeply personal, even here where she has written about characters outside of herself. The concept of writing at length about vagabonds is born from personal experience and the bravery of living what she has described as an impossible life. To people like herself, Eloghosa Osunde’s Vagabonds! is a letter of kinship. It speaks to those rendered vagabonds by their unending curiosity, their inability to stay in a place for long, those unable to stay in love, those who fell out of their former lives into a path that seems suitable, only to roaming; those lost and roaming in places they can’t speak of. 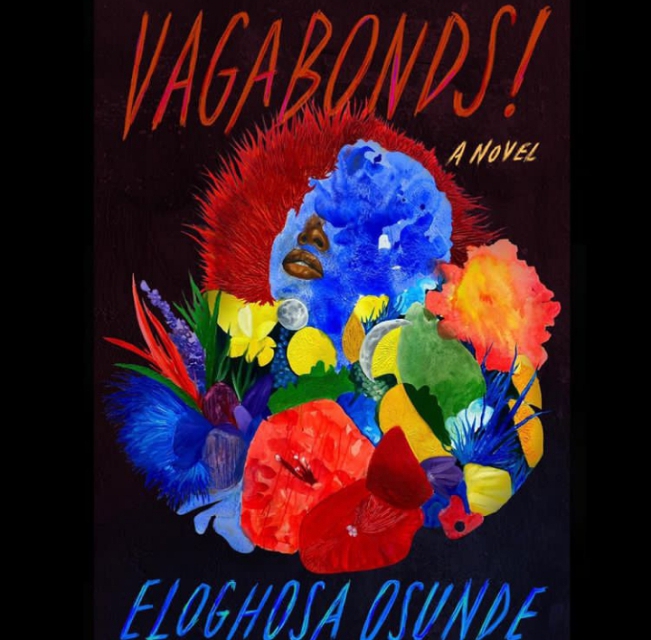 But Vagabonds! is not just about these. It is about the whole of humanity. Life is an endless pursuit, hence, a meaningful life is one spent actively in search of meaning, of answers. Each answer opens the door to another question. Hence, even those who are comfortable in how they have been defined by the dictionary of society, deep down, still search for meaning. Hence, there is a vagabond in each of us. In many, this is what supplies inner chaos to their existence. In others, this inner hovering is perhaps for love, for safety, for a home where the desire for escape ceases. Eloghosa Osunde’s Vagabonds!, in some measure, manages to reach out to the vagabond in its reader. This is precisely how literature is capable of making us feel less alone.

On the signed copy of one of the novels I have seen, Osunde writes “Find from this book, what is yours and take it.” Since all vagabonds are constantly wandering to different places, it is often difficult to find them all in one place. One Vagabond differs from the other; hence, this book of stories is made of a medley of vagabonds, to reach each in the different places where they hover. Eloghosa Osunde’s Vagabonds! is her telling her readers, “Find a vagabond that looks less like you here, identify yourself and feel at home. You are not alone.”