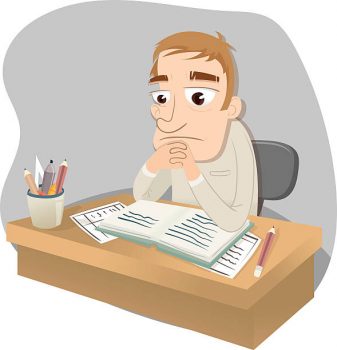 The Writer’s Dilemma: The Anxiety of Influence and Originality

In older writers, this affliction often assumes the shape of mean-spirited jealousy. The experienced writer encounters another who handles some literary techniques with better facility than they do. He feels threatened by this discovery…

Long ago, when I was young and untouched by alopecia, I watched an episode of the Channels Book Club, back when the show was in its heyday. One of the country’s pioneering female novelists was the show’s guest that day, and, among other things, was quizzed by the host on her creative process. What were her pre-writing habits? Did she write by hand or with a laptop? Did she prefer to write by day or nightfall? Such posers.

Asked if she read many of her contemporaries, she said she did not. In defending her claim, she said it was her way of ensuring originality in her works and keeping extraneous influences by the kerb. At the time, having the literary sensibility of a child as I did, I took her remarks as canon law, convinced that if one gorged on too much Soyinka or Proust, one would, without meaning to, imbibe the pet phrases and stylistic essence of these writers. In my opinion at the time, this was plagiarism and a bad, bad thing.

One thing I’ll concede is that I cannot be sure of the context in which the novelist had negotiated that question years back. If, perhaps, she had meant that she shirks reading other novelists while in the process of writing a novel of her own.

Were this the case, then her rationale held some merit. One imagines that she may not care for the interferences that come with the proximity of the two activities: reading an author while writing one’s own novel. This may be necessary to avoid, say, a case whereby Soyinka’s idiolects trickle into chapter four of her novel, whereas she’s oblivious of the intrusion. But, if this is not what the novelist had intended all those years ago, then her reluctance to read her peers may indicate an affliction that plagues many writers, young and old, of every literary era.

This affliction is not unique to writers. It can be found in philosophy, music, the fine arts, and every human endeavour. It’s there in the Elizabethan and Victorian ages. And in the Italian Renaissance, no one relays it with more poignancy than the biographer Giorgio Vasari.

In a tale narrated by Vasari, which is likely more hagiographic than factual, young Leonardo da Vinci works on an oil painting with his Florentine tutor, Andrea Del Verrocchio. The painting in question is The Baptism of Christ, completed in 1475. Vasari writes in The Lives that Leonardo laboured on the angel holding Jesus’ robes in the painting. When Verrocchio saw how superior Leonardo’s angel was to his, and stunned by the young artist’s masterful understanding of colours, he vowed to never paint again.

Here was Verrocchio, a veteran painter, the “spring” from which Florentine painters drank, as described by the poet Ugolino Verino, cowed into retirement by a superior, albeit younger, painting hand. Had Verrocchio not glimpsed Leonardo’s genius first-hand, he would have avoided despondency and there would have been no scorching urge to enter retirement. Here is the affliction alluded to in the previous paragraphs.

Perhaps the novelist who declines the opportunity to read other novelists does so for fear that, in the flat plains of some book, he may chance on a writer with a more incandescent genius, with ears more alert to the tune of words. And that, standing in the presence of this newly discovered super-talent, his own devices may reveal themselves to be a child’s plaything.

Harold Bloom calls this feeling of inadequacy the “anxiety of influence.” The aspiring author, eager to impress his presence on literary annals, studies his precursors avidly. They inspire him to write, but also make him doubt that he could ever conjure anything as lyrical and profound as they have done.

Imagine the plight of the young writer who reads Joyce’s “Ulysses” and chances on sentences of the most roundabout musicality. These Joycean constructions contain expressions that are unfamiliar to him. He ransacks the dictionary for the umpteenth time, bemused as to why his vocabulary suddenly seems skeletal. He reads Nabokov, and his insecurity persists. And how could it not when he reads lines woven with as much rapture as this one:

“Lolita, light of my life, fire of my loins. My sin, my soul. Lo-lee-ta: the tip of the tongue taking a trip of three steps down the palate to tap, at three, on the teeth. Lo. Lee. Ta.”

His tongue takes a trip of three steps, but only to say, “Oh my God!” By the time he settles on Fitzgerald, his will to write is all but depleted.

The resolute writer may reassure himself by measuring his years with those of the colossuses that fill him with tremor. He may say to himself, “Yemisi Aribisala was over forty years old when she wrote this essay. I am only twenty-two. Surely if I keep at it, I shall someday come by or supersede her powers of expression.” The less courageous writer will, at best, quit literary writing for less imaginative niches, writing advertisements for businesses and undertaking all manner of hackwork. At worst, he will quit writing all together.

In older writers, this affliction often assumes the shape of mean-spirited jealousy. The experienced writer encounters another who handles some literary techniques with better facility than they do. He feels threatened by this discovery, and figures that he can hold on to his own sense of superiority by mailing a barb or two the way of his imagined foe, preferably to public spectacle. So, when Sophocles declared his method of characterisation as superior to Euripides’, or Dostoevsky balked at regarding Tolstoy’s War and Peace as marked by genius, or Faulkner found only a lack of aesthetic courage in Hemmingway’s minimalist prose, one may deduce jealousy in these antipathies.

The path to writerly mastery is thorned with insecurities, yet travelling the road is an inevitable nuisance for the writer yearning for apogee. A writer ought to approach the table of the greats with an omnivorous appetite, eager to sup on a diverse buffet of phrase-makers. He ought to read everyone and everything, though it be anathema to his ego: Soyinka, Milton, Wilde, Achebe, Okri, Unigwe, Cole, Didion, Obioma, Habila, Adichie, Iduma, etc.

Bloom in The Anxiety of Influence concludes that there can be no truly original poem, a sentiment I stand by and that I think encompasses every creative pursuit. There can be no truly original novel, or play, or essay, or song, or block of architecture, or painting  —  even Leonardo must have, inadvertently, plagiarised some of Verrocchio’s painting techniques. A work of art is a human body by the fireside, and cast on the wall or by its feet is a shadow of its influences.

Originality, in its strictest sense, is an absurd fancy. And those who insist on its literal manifestation are asking the writer to play the Judaic God, who fashions matter out of dark, dank void. By this logic, no one should ever write using a pre-existing language, but should resolve to invent entirely new linguistic systems. After all, according to these literal robots, originality cannot issue forth from pre-existing material. This is the denotative meaning of originality, as fantastical as it is unworkable.

What originality truly means is the creative combination of the artefacts of reality. In literature, originality is reached by collecting and combining pre-existing elements of different writers, literary techniques and traditions, until emerging from this magpie labour is a bricolage that, though may resemble an earlier work  —  in the way that Teju Cole’s novels sit cheek by jowl with Sebald’s  —  is set apart by its own unique character.

We see this combinatorial principle in Shakespeare, whose Hamlet is a retelling of the old Scandinavian tale, Amleth, written around 1200 AD — nearly 400 years before Shakespeare’s birth — by the Danish historian Saxo Grammaticus in his Gesta Danorum. Ola Rotimi recombined Sophocles, and the aftermath of that creative tryst is The Gods Are Not to Blame. Achebe lifted three words from Yeats: “Things fall apart.” And Adichie contributed two more words to the thievery in the opener of her debut novel: “Things started to fall apart…”

Michael Aromolaran is a Nigerian writer, and a journalist for The PUNCH. He is a staff writer at Culture Custodian, and a freelance writer for Alimosho Today. His writings can be found in Brittle Paper, Bella Naija, and Black Box. An enthusiast of literature, football, music, and film, you can catch him on Twitter and Instagram: @_michaelberlin.