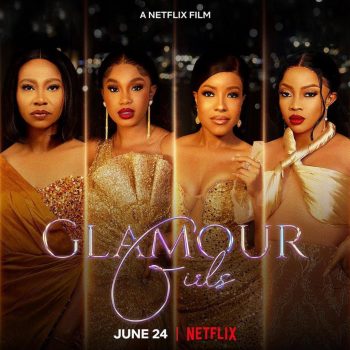 It’s probably wise to say that I don’t support verbal backlash on art. However, after the remake of the 1994 classic of the same title turned out to be an epic fail with no storyline attached to the plot, maybe, just maybe, it’s about time Charles Okpaleke of Play Network stopped remaking the classics if it will only end in ruin. Following the hype and premiere, the movie gave a promising impression of bringing life to the classic in a contemporary light, but instead took away the life and excitement.

Nollywood had a pretty bad reputation for movie structuring, which seemed to have gotten better with time. 2022 was possibly jinxed by Chief Daddy 2, a movie which served luxurious views and great cinematography with zero content. However, Glamour Girls seemed to have picked the crown of worst reviews in its apparent ruining of the nostalgic memories viewers had of its original. 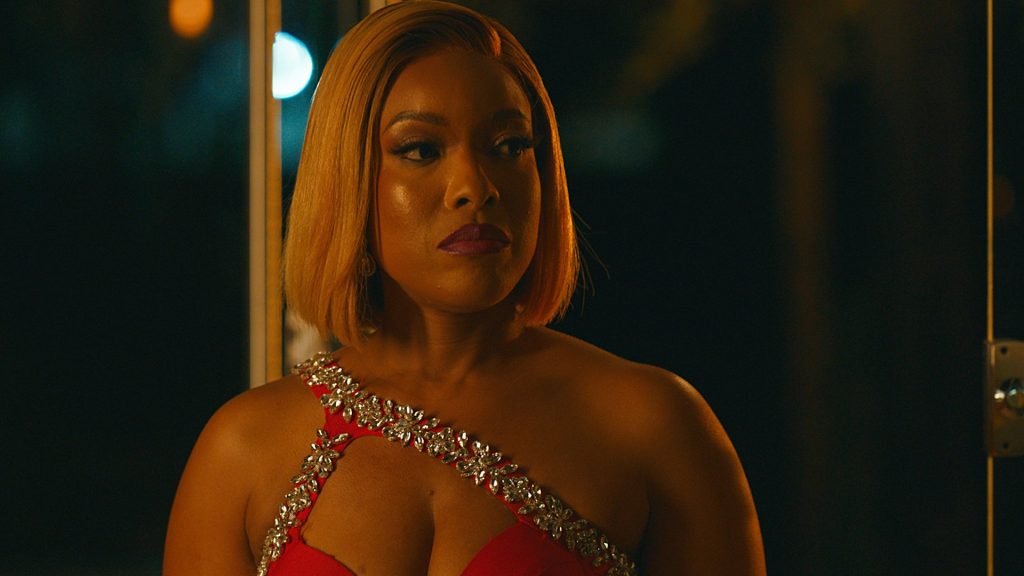 Glamour Girls centres around independent single women seen as scandalous figures in Nigeria’s social imagination as a patriarchal society. Their presence shines a light on prostitution, the wealth of the elite men, and dangers like death and incrimination they are likely to face. The 1994 classic mirrors some acts still in play in present day society – girls lured to make love to snakes and dogs for financial gain, as well as girls coaxed with the promise of jobs to Italy and then pushed into prostitution. Okpaleke had a lot to do if he planned to top that chart.

Written by Kemi Adesoye, and directed by Bunmi Ajakaiye, the remake of Kenneth Nnebue’s 1994 classic stars Sharon Ooja as Emma, Nse Ikpe-Etim as Donna, Toke Makinwa as Louise, Joselyn Dumas as Jemma, Chukky “Lynxx” Edozien as Alexander, Ejike Asiegbu as Chief Nkem, and many others. The story is really about Emmanuella, renamed “Emma,” a stripper who loses her job and must find a way to survive. She tries to meet with Donna, a high-class pimp who guises her escort business with an interior design company. As the “madame” of the glamour girls, Donna’s uncommon use of street pidgin proves she wasn’t always a boss; she was once a street girl who worked her way up. After being rejected by Donna, Emma storms back in to earn her spot on the “big boat” and drops a line — “you know, say na packaging separate both of us” — implying that they both have the same hustle, but are only separated by class. Emma’s confidence gets her a spot on the team, but she waits endlessly to be reached out to, to no avail.

On her next visit to Donna’s office, she meets Jemma, a former glamour girl whose story is unstructured and pulls the ideology that “good girl no dey pay.”  The “queen,” as Tommy (Taymesan Emmanuel), describes Jemma, had encountered financial difficulties in her marriage trying to manage her sick husband, so she visits Donna for assistance and later stormed out when offered a deal to be an escort for the night. She however took up the deal, as she appeared in her pretty red dress, curvy and ready for the night.

The movie doesn’t have a strong start but shows strong potential with the choice of cast, especially Donna, who delivered on part as the boss, up until her character gets drained from trying to pull every other character along. Poor scripting and character development plague Glamour Girls‘ viewers. With lots of parallel plots and no storyline, the story moves in circles and continues developing plot twists with unresolved ones hanging over its head. There is no way to decipher what the story is really about, besides escorts living flamboyantly and showing off their accomplishments. Even with an attempt to portray regret and repercussion through ruined relationships, a broken marriage, and death, there is no clarity in the message sent.

At a point, the viewer struggles to make sense of the scenes. One minute, Jemma is crying beside her dead husband’s bed, the next she’s having steamy sex with Alexander. How exactly did Alexander go from a client to being a serious romantic partner? The reason Jemma accepts Donna’s offer is to keep her husband alive. It’s unlikely that the next thing she does is to stand over his death bed with a total stranger.

About 1 hour and 30 minutes into the movie, the cast seemed to have just gotten the memo that it was a crime drama. The attempt to squeeze all the drama into the remaining 35 minutes drove the movie further away from the plot, leaving viewers confused. Following the disappearance of Alexander, the movie took a turn toward the ladies being in the crosshairs of some dangerous men. This, however, gave no shock or element of surprise, as the threats of how deadly the men were fell through as sluggish statements without proof. Glamour Girls, similar to Nneka the Pretty Serpent, faced a clap back of bad reviews from viewers who compared it to the original piece and referred to the story as baseless, and the scripting, dire.

As it is with all of Charles Okpaleke’s work, the cinematography in Glamour Girls was quite commendable. Great lighting and good camera angles delivered a good view of the luxury the production team seemed eager to portray. There is however the occasional flaw of unnecessary scenes in luxurious locations.

Glamour Girls as a crime drama struggled against its terrible scripting to be great. The desperation to build suspense and achieve complexity was a setback for the production team, as the work was reduced to tepid acting, an unnecessary trip to Cancun, and an even more time-wasting trip to Lebanon. With the unnecessary need to portray luxury, the movie sells an unrealistic and delusional ideology of events, like a red carpet entrance to a private meeting, or Emma’s jump from zero educational degrees to an international qualification in Finance. 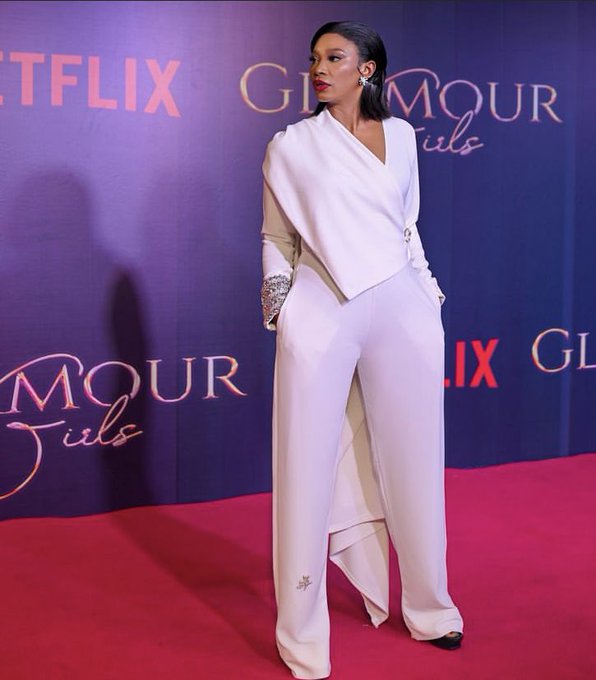 Ultimately, Glamour Girls passes as a good distraction, although one with little to no intellectual gain to viewers. It doesn’t in any way qualify as a remake of a classic. In its overbearing 2+ hours of running time, the movie doesn’t seem to know when to stop. It is similar to Living in Bondage: Breaking Free which had just enough star influence to avert failure, or Rattlesnake: The Ahanna story which crafted a bunch of predictable scenes, and Nneka the Pretty Serpent which was a flop to say the least.

This production is another one of those where Okpaleke in an attempt to remake, ruins an entire masterpiece. However, besides an almost empty storyline, the movie sure keeps viewers entertained for as long as it can. It goes no further.