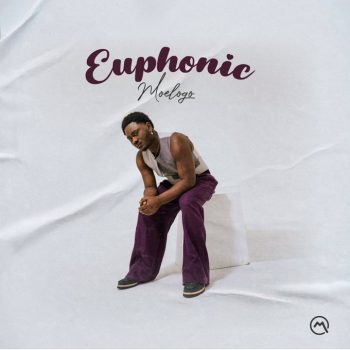 “Euphonic” EP: An Ear-Pleasing Time Out with Moelogo

On every project, Moelogo gets better with his pen game, delivery, and sound exploration. On this project, he’s smart with the timing, thereby allowing him to say a lot of things in a few minutes…

On his 85,000 plus Instagram page, Moelogo’s posts are sparse. Within the last six months, he has only posted 32 times. The posts are in alignment with his music career. There are no frivolities. Sometimes, he answers questions from his fans. In a particular video, he revealed that Wale of Show Dem Camp fame linked him up with Blue Lab Beats.

A decade and one year after he took his music career professionally, the Lagos-born singer has released six projects. His latest, Euphonic, was released last week.

Between 2020 to 2021, Moelogo was prolific, churning out a three-part series, Me, Myself, and I. On most of the projects, he rarely features other artistes; he shows the fans how versatile he can be with sound. It is no wonder artistes like Tiwa Savage, Mr. Eazi, and Kelly Rolland have called on him to write songs for them.

Mohammed Animashaun moved to London in 2001. The migration heightened his love for music as he joined his church choir to hone his skills and talent. He took it a step higher when he attended the London Starlight Music Academy. This experience helped Moelogo to master his craft, and at the same time, to discover his sound.

At the 2021 Headies Awards, he won the Alternative Song of the Year category for the song “I Wonder.” He became the first Afrobeats diaspora artiste to win such an award.

Music, they say, is universal, geographically crossing, and emotionally-driven. Moelogo has made London his base. Unlike those who return to Nigeria to pursue their craft, he has stayed put in London, spreading the gospel of his music, and occasionally coming to Nigeria for performance, and to promote his music. His years outside the country have not whittled down his African elements. Instead, they get more vibrant on each project release. He infuses these elements into his music. It is difficult, hence, to dispute his originality.

The impact of the Fuji and Juju music genres are glaring throughout Moelogo’s bodies of work. Through listening, one would observe that he is a student of those music genres. Moelogo’s pen game is versatile. He has the ability to switch through different emotions.

Clad in a jacket, flowing purple trousers, and an earring dangling on his ears, Moelogo’s look on the project art cover is infectious. The minimalism of the cover makes it more attractive.

“Soft Life,” which opens the project, could have fit into any tungba playlist. The drum collides with the twangy guitar picks to give off a party theme mood. Rapper, Chinko Ekun’s hilarious verse enlivens the mood of the song, and by the time the instrumental race to its last ten seconds, the party mood gets heavier, making it more danceable. “Soft Life” paints a picture of a fun-loving man who dislikes dull moments, runs from defeatists, works hard, and lives life to the fullest. It’s a melting point of different music genres, the African percussion more prominent.

Moelogo goes deeper on “Up To You,” as he explores vintage African sounds. It is dipped in clanging drums, warped samples, sweet ad-libs, gorgeous guitar licks, and a sunny air horn that bulldozes the stereo. While the song is love-centered, the percussion makes it  party-themed. On “Up To You,” Moelogo becomes the mouthpiece for the women “She is not a gold digger, you are just broke,” he says in the opening line. He’s not preachy, rather, he enlightens men on how to take care of their lovers; to take them away from the prying eyes of other guys.

Who talks about heartbreak on an uptempo production? No one but Moelogo. Lyrically, “Nothing” dovetails into an emotional mishap. Moelogo lets his guard down in this song as he takes the listeners through his experience with his unfaithful girlfriend, an unnamed girl, and Ngozi. Moelogo explores this kind of production, not minding the topic. I think this is deliberate. In sadness, they say, there are elements of happiness. At the end of this song, the listener might be confused about what to do: dance to the song, or meditate on the “cold breakfast” the three ladies served Moelogo. Anyway, it’s a win-win situation.

Euphonic ends on the indecisive track “Waiting.” The pensive track deals with two confused fellows. Moelogo seems to be tired of waiting. Nigerian singer, Kold AF, features, offering a reply to Moelogo’s dispassionate verse. She blames her slow response on her naïvety.

At just 15 minutes long, five tracks, Moelogo keeps it short and simple while he takes the listener through different moods. It starts with an uplifting love mood and ends in a sad mood. This transition is swift, making it less noticeable. A year after the release of ItheEP, and while fans await a full-length project, it is exciting to listen to another project from Moelogo. Fans might just have to make do with this for now.

On every project, Moelogo gets better with his pen game, delivery, and sound exploration. On this project, he’s smart with the timing, thereby allowing him to say a lot of things in just a few minutes.