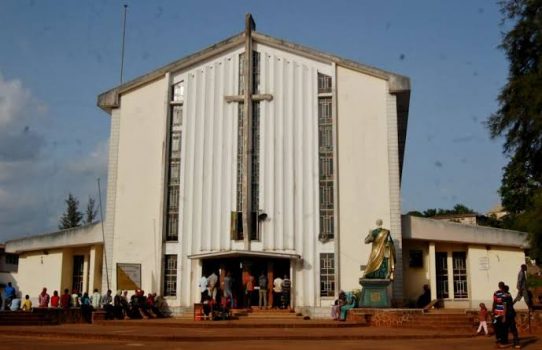 The Unfair Politics of the Southeastern Nigerian Catholic Church

The influence of the Nigerian catholic church in the southeast cannot be over-emphasised, and so it deserves asking: what are the positives the Church has, in this time, wrought upon the region with its influence?

In many societies throughout history, there has often been the separation of the church from the state, in a bid to prevent religious bias from influencing political decisions; and to prevent the government from annulling the right to religious freedom of those who might be a threat to its administration. It has been found throughout history that the mix of organised religion and organised government is not very healthy.

The state has been deemed historically capable of using the influence of religious leaders for its demagoguery. James Lansford and Russell More said in a The Times article, “when religion is used for political purposes, it empties religion of its eternal meaning and becomes just one more cynical method of acquiring power.”

The polarising power of religion is shown in the sharp division of the Muslim north and Christian south. In Southern Nigeria, the disaster that a marriage between government and religion could result in has, more than anywhere else, been mirrored in the predominantly catholic region.

My childhood in the Benin church was an amazing experience for me, and one of the things I have prided about the Catholic Church was the depth of its spirituality, and how it had its way of influencing positively, personal development especially through societies like Block Rosary, Legion of Mary, Holy Child association—all which teach the importance of holiness, mostly through the example of the Holy Mother and child. And so when my family moved from Benin and I began to attend mass in the southeast, it surprised me that I could no longer enjoy mass as I used to do in my days in Benin.

There were a variety of factors that resulted in this, and one of them was the regularity with which the church demanded money from its members. The second was how close the political landscape was to the church, since the Igbo people were mainly Catholic, unlike in Benin where the religious landscape was more diverse. Not long after, I went to the university where I saw, firsthand, politicians coming to the church, and the mass being prolonged by half an hour to allow them recite their manifestoes to students and canvass for votes.

In fact, politicians going from church to church is a major campaign process in southeastern Nigeria, particularly in Imo, Anambra and Enugu. After the elections, the politicians, especially the legislators who visit almost every parish in their constituencies, pack their bags and leave until another four years when they come to repeat the same process.

Although there is nothing intrinsically wrong in a politician sharing his political ambitions in a church they belong, the events playing out in the southeast proves that there is more than enough reason to discourage this practice as it increases the temptations from both sides to compromise to the other.

Politics and religion should not mix. This is worsened by the situation in the southeast where the government is arguably the worst the region has had since the independence of Nigeria, a government so corrupt that it misappropriates the funds of the state, and so ineffective, that the whole region is in shambles, in addition to being rife with politicians ready to sacrifice the people of the region for their own personal ambitions.

Yet, the Catholic Church as a body has done little or nothing, by way of activism or stirring political awareness to combat the rot in the system. One could argue that a major reason for the Church’s inability to stand for the laity is because power has been in its stead and things came to a rot right in its eyes and in some ways, the church is a part of the problem. The church in the east, just like its political elites, has come to see its members as stooges, pawns and subjects to do its bidding, instead of as members of the family of the body of Christ, as the religion dictates.

When politicians come to church to read their manifestoes, the opinions of parishioners are hardly ever asked. After the donation, it is assumed that the parishioners are satisfied. There are no interactive sessions where politicians can be engaged on account of their insistent whims. When members of the church die, their surviving relatives are required to offset “dues” which the deceased owes the church before the priest blesses the burial. Sometimes, these dues are enormous amounts, and the priests often refuse to show mercy and compassion.

The novelist, Chimamanda Ngozi Adichie, gave an interview in January in which she complained about how the Church has become all about money and fundraising, and that much of what religion should do for its people constitutes most of what the Catholic Church in Nigeria does not focus on. Later on, she went on to write in an essay which she reflects on Pope Francis’ Fratelli Tutti, for the Vatican paper.

She notes: “I have seen church doors locked to prevent people from leaving during fundraisings. I have watched a priest announce his account details to a funeral congregation and then prance about the altar, phone in hand, waiting for alerts from the bank to appear on his phone screen. It is unbecoming.”

The about 2000 years history of the church has shown it to be as political as a religious body can be. But one can ask the church to improve its politics; to make it more central to its fold, than to its desire for money. This craze for money by the Catholic clergy has led to more compromise than is necessary on the part of the church in its duty to its people. For this reason, the Church has welcomed corrupt politicians and dubious businessmen to its fold, keeping far the truth from them after being given heavy donations.

Imo State has been on fire for some time since Hope Uzodimma who initially came 4th in the 2019 elections was mysteriously declared winner of the elections. There have been various reports of a tyrannical government which invites the military to oppress its own citizens, as well as various reports of states of unrest. But the church has not taken any definitive stand against this ugliness. Rather, it is more concerned with its own priests. The church stood against Governor Ohakim in the 2011 elections after it was alleged he flogged a priest. The role of the church was integral to making sure he did not get a second term, and that Rochas Okorocha was elected into office.

The Catholic Church has been very important to the Igbo people. Asides the fact that there is striking similarities in the Igbo culture with the settings of the church, the role played by Caritas, flying relief materials all the way to blockaded Biafra during the civil war, and Pope Paul VI’s admission that the war was a genocide, constitute a part of the sentimental history the Igbo people have with the Church.

The Catholic Church proved to be a place of succour and moral upliftment at some point among the Igbo people. But today, young people are leaving in their numbers because it now seems as though the Church has little or nothing to offer them. This is in addition to the fact that the Church does not seem to be moving in the same direction as the renaissance of young people seeking self-determination, culturally, politically and spiritually.

The influence of the Church in the southeast cannot be over-emphasised, and so it deserves asking: what are the positives the Church has, in this time, wrought upon the region with its influence? How has it empowered young people and how has it aided the laity in its attempt to resist the despotic leadership which they have suffered in decades? Why does the church not reenact the role the Caritas played in helping save Biafrans during the war? Why does it not seek to interrogate the dubious practices of corrupt politicians and businessmen who refuse to pay their workers their wages, and instead grants them soft landing in many instances?

The Church can, and should have, a more positive effect on the region, for a religion whose major tenets are faith, hope and love.

Michael Chiedoziem Chukwudera is a freelance writer and editor. He can be reached at Chukwuderamichael@gmail.com. You can also follow him on Twitter @ChukwuderaEdozi.