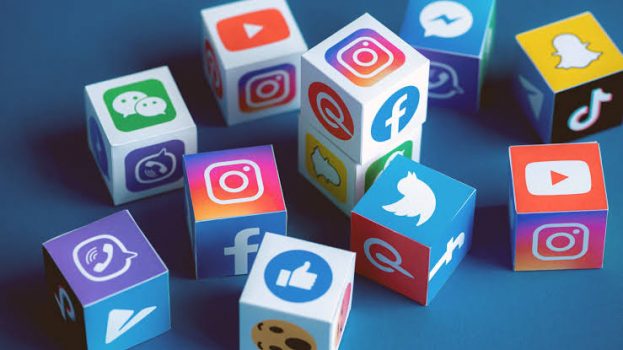 What Happens When Social Media Becomes the First Resort in Emergencies?

The attack reportedly led to the death of eight persons, with some passengers still unaccounted for at the moment. On the train was a young doctor, Chinelo Megafu Nwando who, while the attack was taking place, tweeted that she had just been shot…

Internet usage has evolved since its creation in the early 1980s. It has become an integral part of our everyday life, with social media being more than just platforms for networking, sharing ideas, thoughts, photos, and videos. Social media platforms are now used for more, diverse purposes. While these platforms may have been used negatively to create propaganda, fuel hate, chase clout, or for fraudulent activities, it has also been used extensively for positive purposes like creating awareness about social causes, activism, and as a first or emergency response in times of crisis or distress. How far is the Nigerian government embracing the advantages of social media platforms?

After the Haiti earthquake disaster in 2010, social media apps like Facebook and Twitter became efficient tools in these times to communicate, locate missing persons, as well as push relief efforts. In 2021, a 16-year-old girl in the U.S who had been reported missing was rescued after using a distress signal made popular on TikTok for persons at risk of abuse or who might need help. The young girl had been abducted, and to call for help, she had used the hand gesture feature until someone was able to recognise it and inform the police.

But what happens when social media becomes the first and only response during distress and crisis? Compared to western climes, the response to crises or distress calls in Africa is gaping. As such, individuals resort to social media platforms as the only alternative to seek help.

A week ago, a tragic incident occurred in Nigeria, where a train plying Abuja and Kaduna route was attacked by bandits. The attack reportedly led to the death of eight persons, with some passengers still unaccounted for at the moment. On the train was a young doctor, Chinelo Megafu Nwando who, while the attack was taking place, tweeted that she had just been shot.

I'm in the train . I have been shot please pray for me.

Unfortunately, she was trolled and hauled with invectives on the grounds of attention-seeking. Some tweeps discredited the tweet as an attempt to taint the image of the railway service.  Nwando was later confirmed dead. Like Nwando, many Nigerians turn solely to social media during emergencies.

In a country where emergency response is slow, and the justice system is skewed, social media has become a tool, or more aptly, the only means, where individuals can call out for help, and sue for justice.

During the peak of the 2020 #EndSars protest in Nigeria, when several of the protesters were being arrested by security forces, a response unit was created on social media, particularly Twitter. The response unit provided legal aid among the other services like health care, food, and funding to various states across the country. Feyikemi Abudu, a Nigerian influencer and entrepreneur, at the start of the protest, collected names of those arrested by the police and facilitated bail for them free of charge.

The Feminist Coalition, perhaps the most notable group during the protest, actively facilitated fundraisers. The group helped raise over N70 million which was disbursed into healthcare, legal aid, and other welfare for protesters. All of these efforts were made possible through social media.

In 2020, a Twitter user, known as Shola was unlawfully arrested for creating a parody account of the former president of Nigeria, Goodluck Jonathan. He went on to be detained for 90 days before he was eventually released. The rally for his release was largely facilitated on Twitter, using the hashtag #FreeShola to draw public attention to the case.

When Iniobong Umoren, a young Nigerian woman job-seeking, was abducted in 2021, her friend raised the alarm on Twitter before the police intervened. For four days, the hashtag #FindHinnyUmoren trended across Twitter and Facebook until sadly, her body was found buried in a shallow grave.

Admittedly, social media has also been used mischievously. Some persons may also use social media to advance nefarious motives. For example, in the early days of the COVID-19 pandemic when official government response was slow and uncoordinated, a lot of misinformation about the virus was shared on social media platforms, advising people on all sorts of concoctions to take. As disinformation became widespread, social networks like Facebook and Twitter set up a prompt that led to official government response accounts providing the correct information about the virus and what to do in the case of an infection.

At present, it is still a long way off for the Nigerian government and security forces to gain public trust. Citizens themselves are ill-disposed to seek help from these channels as they look towards calling for aid from officials with skepticism. Especially as these security forces are oftentimes perpetrators of corrupt practices themselves. Recently, a Twitter user narrated his ordeal where he was at the mercy of police officers.

I just came out from police detention now and I was extorted. They stopped my bolt ride at 3rd mainland bridge and they said I should enter my school portal after I told them I’m a student which I did. I showed them and the saw my profile. They left there and stated checking my

He explained how he was wrongly accused of being a fraudster, unlawfully arrested, and then extorted before he was finally granted bail.

Actively engaging with citizens on social media can help establish a sense of trust among citizens, and give government institutions a human face. Now when technology is being updated daily, tools are now being developed that use social media to narrow down areas where crises are or may likely arise, and quickly dispatch the needed assistance. Social media can help provide updates in real-time and make for a more organised and seamless response to situations. When people realise that the government through social media platforms will respond to their calls on social media, they will be more willing to reach out to official government platforms such as verified accounts of the Nigerian Police on Twitter or the National Emergency Management Agency on Facebook, to air their grievances.

More so, being open to receiving messages on social media can help reduce the time, amount of money, and resources that citizens will put into going through traditional communication channels like placing a phone call, or trying to physically locate an office.

Sybil Fekurumoh is a creative writer. While she isn’t studying, she’s actively promoting SDG-4s — Quality Education. Connect with her on Twitter and Instagram at @toqueensaber