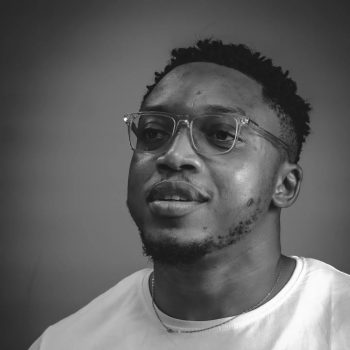 Their style differs from conventional medical practices because they veer towards engaging and entertaining means to inform, which makes the system more effective in passing the message…

Through digital technology, healthcare delivery has considerably improved over the years. There are innovations such as, for example, Flying Doctors Nigeria, which specialises in ambulance services in remote areas. Still, access to healthcare remains a challenge to several countries across Africa. Coupled with the high costs incurred in accessing healthcare when available, and the shortage of healthcare professionals, the masses are left at a disadvantage. A lot of health information is also tied to superstition, half-truths, or untested methodologies.

Still, I remember, as a young child, reading the book, Where There Is No Doctor, which came in handy and gives in detail, how to prevent common illnesses, practice good hygiene and healthy dieting, and how to recognise certain ailments. Today, technology through the Internet makes this kind of information readily accessible. But with access to the barrage of information lay the problem of sieving through which information is correct and which is false. This is where these healthcare influencers come in, as they have been able to build trust online and extend such offline, and become a sort of first contact for individuals, creating awareness as they discuss ailments, identify symptoms, and recommend solutions or lifestyle adjustments and ultimately referring audiences to seek medical attention at critical stages. The Internet has, to a great extent, changed – and still evolving – the way that people communicate, interact, and have access to information. Social media as a facet of the Internet could exist as a world of its own. And in that world, social media influencers with a substantial amount of followership have the ability to inform, convince, or create awareness in different subject areas. Interestingly, one does not need to have celebrity status to be an influencer, even though it is possible to become a celebrity by being an influencer. Several influencer niche areas include entertainment, fashion and beauty, fitness, and healthcare.

You may have, more often than not, come across several posts across different social media channels that challenge you to avoid certain foods, drink more water, or refrain from certain unwholesome activities that could cause health problems. A few days ago, what trended on Twitter was a tweet dissuading users to stop drinking garri, a staple food in West Africa, because cassava, from where comes garri, contained cyanide which is harmful for consumption. More recently in another tweet, users (mainly women) were advised about the dangers of using seasoning cubes for derrière enlargement, a practice, as the tweep notes, are becoming more frequent, as outlandish as it sounds. These tweets came from an account owned by Doctor Penking, a medical practitioner with followers on Twitter amounting to over 95,000, and over 12,000 followers on Instagram. As the Instagram bio reads, the account was named among the Top 5 TikTok content creators in 2022 by Pulse NG.

Health practitioners like him have become popular across social media platforms in Nigeria and Africa. Doctors, nurses, pharmacists, and others are gathering audiences and sharing information with the public on different aspects of healthcare, eliminating misinformation, and promoting better well-being for individuals. Sometimes, too, influencers can give bogus recommendations and have unfounded claims. Getting health information off the Internet is tricky still. For one, different ailments may present similar symptoms, and the recommendations may not be evidenced-based. Influencers can also have a personal bias or preference and proffer a certain remedy over others, or merely make recommendations with the intent to market a product or service. For example, several products such as slimming teas and detoxifiers are being promoted as weight-loss remedies without enough scientific evidence to back them up.

However, among these influencers is Onyedikachi Chioma Nwakanma, “Dr Zobo,” a medical doctor, writer, and health advocate who, with over 83,000 followers on Twitter, creatively uses social media to communicate health education and awareness to the public. She actively fact-checks health misinformation, while also advocating for better healthcare in Nigeria. Still, one of the most influential, and I daresay the forerunner for heath influencers in Nigeria, who created a blueprint now imitated by others is Dr. Chinonso Egemba, the “Aproko Doctor.” With 1.8 million followers on Twitter, Egemba has become a household name to avid Internet users in Nigeria. He has become very popular for giving healthy tips and debunking common beliefs surrounding healthcare, as well as correcting common misnomers. Egemba, who is a physician and global health advocate, studied to become a medical practitioner at the Nnamdi Azikiwe University, Anambra State, Nigeria. He is also vocal about sexual health, especially for young adults. In the early days of creating awareness on Twitter, his information was considered controversial. One can recall his clarification on demystifying “toilet infection” as UTIs and encouraging people to stop rinsing their mouths after brushing to allow for more fluoride action and fresher breath.  He also actively campaigns for Nigerians to drink water more frequently. Egemba has also become a brand influencer for Aquafina drinking water.

Inspired to help people prevent easily avoidable diseases, Egemba has evolved beyond Twitter, to other platforms and incorporating relatable videos; short clips, and reels, and recently, partnering with content creators such as the one he created with the content maker, Elozonam. Egemba also canvases medical support for Nigerians, as well as free prostate screening for individuals that require them.

South African dietician, Azi Booi is using online platforms to teach people how to eat healthily. Booi, through her platform, educates her over 10,000 followers on Instagram, educating her audience on healthy food combinations, and consuming fruits and vegetables. Using videos, Booi also debunks common impressions, or rather, false information about dieting. For example, in some videos, she discusses healthy African food staples, and in one, creatively kicks against severely restrictive diets. She also co-hosts a podcast, The Dietician Frequency, with fellow dietician, Mbali Mapholi, where they discuss all things health and diet and bring in other dieticians to speak to listeners. Booi also offers online and in-person consultations.

These days, there has, more and more, been attention paid to mental healthcare, being just as important as physical well-being. Ghanaian Dr. Carol, a trained psychologist discusses mental health wellness. Through Thrive Care Ghana, Dr. Carol uses pictures and videos with relatable and sometimes hilarious memes, to discuss self-care and health and safety. She covers areas such as building confidence, finding rest, and being intentional about growth. Carol also leans into sensitive subjects such as suicide and its prevention, and addresses the cultural stigmatisation of persons with infertility.

These influencers are providing information that allows individuals to take decisive actions about their health. They have, over the years, been able to grow their brands through social media, and build confidence in their audiences, thus, shaping how we interact with technology. Their style differs from conventional medical practices because they veer towards engaging and entertaining means to inform, which makes the system more effective in passing the message. Egemba, for instance, now uses videos in form of reels and clips. He also uses slang and pidgin English, presenting the information in a sort of comic manner that leaves the viewers laughing and at the same time, learning. No doubt, these practitioners are more or less, bringing healthy tips to our doorstep – or phone screens – in an easily understood manner. It is, simply, another thing to appreciate about the Internet.