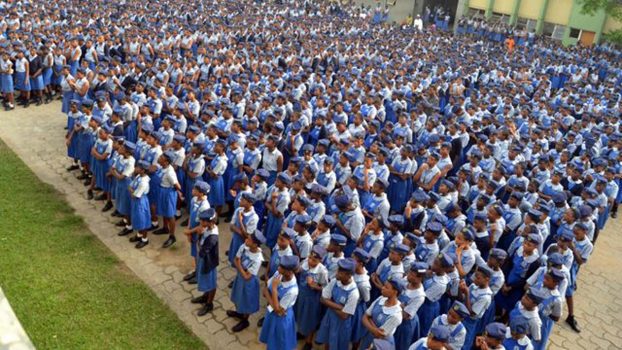 It is said that some are born great, others achieve greatness and some have greatness thrust upon them. This quote, while accurate, also mirrors the lack of uniformity in the social strata of societies. The idea of certain people being born great, or greatness being some form of heritage into which one is positioned in certain places by virtue of a quota system, is often a disservice to a society’s pursuit for growth, especially when quota systems are used in assigning roles that require specialization.

Nepotism is the major influence behind the country’s dysfunction. This problem is as old as Nigeria itself. Nepotism has since seeped through the pores of the body of the country, and penetrated every bit of its government down to the grassroots level. This has been a Nigerian problem since at least 1951, in the first cross-carpeting which saw Obafemi Awolowo displace Nnamdi Azikiwe in Lagos. But it has grown steadily over the decades and the Buhari Presidency has taken it to an all-time high in the past six years.

Firstly, the Presidency took about six months to set up a cabinet in 2015, and when that cabinet was set up, it was full of people who were not just from the north, but specifically his part of the north. Over the past six years, there has been an unmistakable consistency in his selection of officials for strategic positions. For example, three people have held the position of the Chief of Army Staff since the beginning of the Buhari administration, but when Lt. Gen. Ibrahim Attahiru Died tragically with six other officers, it was decided that he be replaced by another northerner, and to accommodate this appointment, 20 senior officers were compulsorily retired.

In Nigeria, it is not uncommon to have experts in a field act as subordinates to amateurs in superior positions. In Buhari’s first tenure, Professor Felix Anwuka, a professor of educational curriculum served as minister of state and reported to Adamu Adamu, a former newspaper columnist. Appointments like this are even more frequent at state level. I once visited the house of a man who held the position of assistant commissioner in Delta State, and whose boss was a man who did not have much practical experience in the field. Asked why the Governor chose to make such an appointment, he looked at me, opened his hands wide and shrugged helplessly.

The institution most affected by nepotism in Nigeria, with respect to the younger generation, is the education system. In federal/ unity schools, admission is given based on catchment areas, and the regions of the country are divided into “educationally advantaged areas” and “educationally disadvantaged areas”. It can be argued, and understandably too, that some of these systems were set up to ensure that some parts of the country are not left far behind in the grooming of individuals to be useful to society. But over time, the government has failed to rise to the occasion, and has refused to provide the infrastructures needed to help the educationally disadvantaged areas compete with the “advantaged” areas. Instead, the quota system has been maintained as a means of exploitation. This results in a high concentration of average and mediocre professionals in certain institutions, as opposed to a system of meritocracy.

Nigeria is full of young people whose dreams have been quashed by nepotism, and who have probably had to settle for a course they did not want in the university. The result is that there are a lot of individuals unrewarded by their passion, many of whom leave the university clueless. On the other hand, their counterparts studied their dream courses, not because they were more passionate or more intelligent, but because they were either favored by the quota system or had parents who were connected in high places.

In the Nigerian system of offering admissions in professional courses like medicine, pharmacy or law, only about 40% of the total number of admitted students get in on merit. Of the 40%, a substantial amount of the people admitted are aided by the quota system. The rest are children of professors, progenies of doctors or offspring of politicians. But even now, it gets worse, as universities routinely cancel the Post-Unified Tertiary Matriculation Exams (PUTME) for more random systems of selecting students to admit into their universities. The Information and Communication Technology (ICT) centre of the Federal University of Technology, Owerri (FUTO), recently admitted to mistakes in the Post-UTME examinations conducted for its new department of Medicine and Surgery. The exam was a Computer-Based Test (CBT). By virtue of this, the results ought to have been released immediately after the examinations, but it took two weeks before the university released the results. Even paper and pen-based tests did not take that long when they were commonly used less than ten years ago. Allowing the results of a CBT exam to exceed 24 hours should be unacceptable in a sane system. But the education system in Nigeria is one in which some of the most fraudulent activities take place.

It is becoming more difficult by the day for young Nigerians who aren’t born into affluence to navigate their dreams. The hope, once upon a time, of the children of ordinary people, was to make great results in school, study courses that are profitable, and build a career…but even this road is now being barricaded by the system.

Every year, students swear that when they take examinations, they end up with scores far lower than what they actually deserve. There is no form of accountability in these institutions to cross-check these excesses. What hope lies in a system where brilliance is jettisoned for “federal character”? Indeed, the dire situation mirrors itself in all spheres of the country, up to the president and the crop of governors currently running the country. There is no foreseeable way for these errors to correct themselves, except by way of a cultural revolution spearheaded by the younger generation who are most affected by the policies set by parents of their more privileged counterparts. Eight months ago, Nigerian youths tried to stage one of such cultural revolutions, only to have the government open fire on them, to the utter silence of the world. Things look rather bleak for our schools.