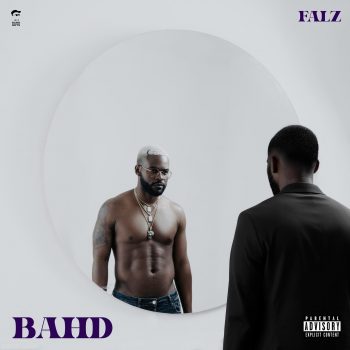 Falz’s “BAHD” is a Visionary And Eclectic Return

On BAHD, Falz collapsed the ethos of his previously released projects into one; nevertheless, it didn’t take anything from its quality as Falz comes through with incredible delivery, concise and well-placed collaborators across genres…

Who is Falz? The answer to this question depends on the age and demography of the respondent. Folarin Falana is a lawyer, actor, comedian, human rights activist, and musical artiste.  Although he is known more for the latter, Falz has been able to combine all his other passions, while sticking to his first love, music.

A son of the prominent human rights activist and Lagos-based Lawyer, Mr. Femi Falana, in the last decade, Falz has painstakingly written his legacy, taking a stark departure from his father’s legal status.

He picked the pen while schooling at Olashore International School, Osun State,  and later, the microphone while studying Law at the University of Reading in England. He formerly introduced himself to the Nigerian audience with his Shakara the Mixtape project in 2009.

Five years later, on his return to Nigeria, he released the Studio Magic-majorly produced Wazup Guy album. It spans singles like “High Class,” and his breakout single, “Marry Me,” alongside rapper, Ladipoe, and singer, Yemi Alade.

In 2014, Falz released the Simi-assisted “Soldier,” a storied conversation between an army officer and a girl. This track was the bedrock for his sophomore album, Stories That Touch.

On October 27, 2017, Falz pulled a Beyonce on his fans when he released a surprise 17-track album, 27, to celebrate his birthday.

In the first quarter of 2019, Falz dropped the heavily Fela-sampled “Moral Instruction.” Months before this release, his “This is Nigeria,” track was already generating critical reviews from Nigerians.

The bricks on the domino table of BAHD have been sheer advocacy. Falz turned from an armchair critic to leading the first wave of the October 2020 Endsars protest. Over the past weekend, too, he led some of his colleagues to sensitise the public on voter education at the Tafawa Balewa Square in Lagos State.

In BAHD, at the clock time of 31 minutes, 37 seconds, Falz takes his listeners through diverse emotions, and tropes, alongside a few of his peers.

“Another Me” invokes the Disco Jazz aura with the skittering drums doing more magic amidst Falz’s spacey vocals and Le Nav’s production. The opener’s endnote guitar picks take inspiration from Carlos Santana as it lingers on, apparently to create an unforgettable experience for the fans. Lyrically, it is a subtle emphasis on self-worth, yet, the incredible amount of work expended on the production takes the day.

The jaunty “All Night” taps inspiration from a popular childhood song. The production is a creative mix of Alte and Afrobeats with the thumping drum, sunny strings, and hard-hitting baseline being more prominent. Falz begs for attention while he promises to make his girl’s heart beat for him.

On the Tiwa Savage-supported “Beautiful Sunflower,” Falz rolls out his manifestos to win over the girl. The title might make you think he’s doing too much. At the end of the song, it’s glaring that Falz knows what he wants in the girl. From his lyrics which worship the girls, to Tiwa Savage’s incredible reply to Falz’s, this track might just be taking the baton from “Soldier.” 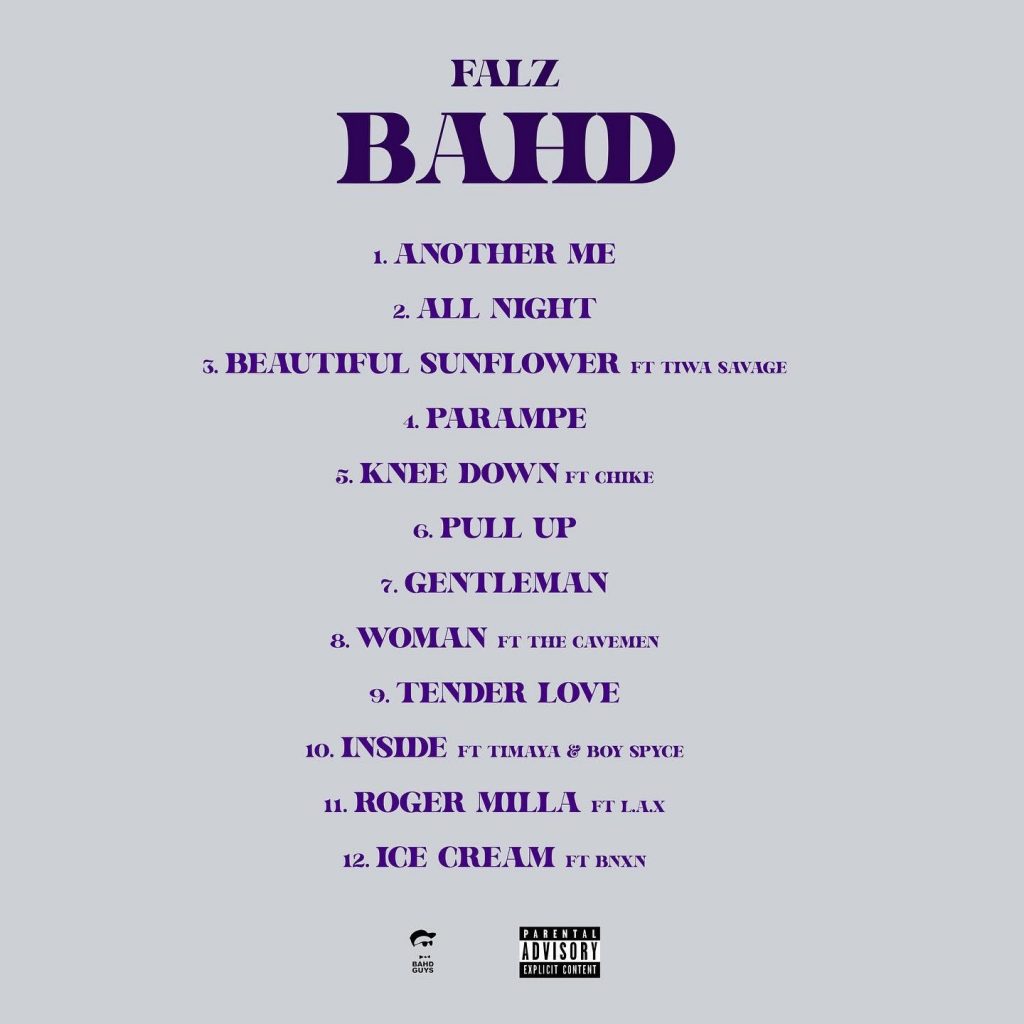 The energy and vibe of Fela are scattered in this project. However, Falz veers away from the revolutionary route. He embodies Fela in the self-acclaimed track, “Parampe.” The backup vocals give off the Fela Queen vibe while the production is starkly rooted in Afrobeat. The track continues from where the opener stopped, and it brings a new twist to the attention-calling exercise.

“Knee Down” really takes Falz to his knees. It’s one of the few somber times on the album. Falz shows his vulnerable side. The days of macho seem to be on a hiatus as Falz calls on the single girls’ favourite singer, Chiké, for the half pleading and half pleasing track. The minimal production is adequately optimised by the emotional-laden lyrics from Falz:

Why don’t you listen when I talk?/

You don’t have to curse, I’ll back off/

I’m not recognizing my girlfriend.

On the menacing track, “Pull Up,” Falz swiftly switches the flow. A mid-tempo instrumental aids Falz’s relatable lyrics which shares some similarity with “Soldier.” Between sex and love talks, “Pull Up” pays adequate homage to Highlife.

Falz once led a social movement with his then Sweet Boy Association. A fad, yet, the message was not lost. On “Gentleman,” the seventh track on this album, Falz soulfully harks back to his poetry book to win his girl. The guitar strings at the tail end of the track rework gospel singer Buchi’s “It is Well” track.

The Cavemen., the Highlife new school group, might have waned in their recent collaboration output, no thanks to the volume of features they have done in the last 365 days, but still, on “Woman,” they bring the necessary ingredients to Falz’s sonic meal.

“Tender Love” has a little function beyond being one of the filler tracks. Falz is needy and attention-seeking on this track.

Duktor Sett-produced “Inside” honours Dancehall and Highlife with the lyrics centering on a la vida loca lifestyle alongside some love interest. Mavin’s new boy, Boy Spyce, might have just scored his biggest collaboration so far. His delivery makes Timaya’s contribution less enticing.

On the penultimate track, “Roger Milla,”  Falz name-dropped a lot of greats – his highest so far, I think: Jay Z, Drake, John Cena, Thomas Sankara, Nelson Mandela, Mutiu Adepoju, and Jay Jay Okocha.  Beyond the literal meaning of this song, Falz might just have paid homage to his male heroes. 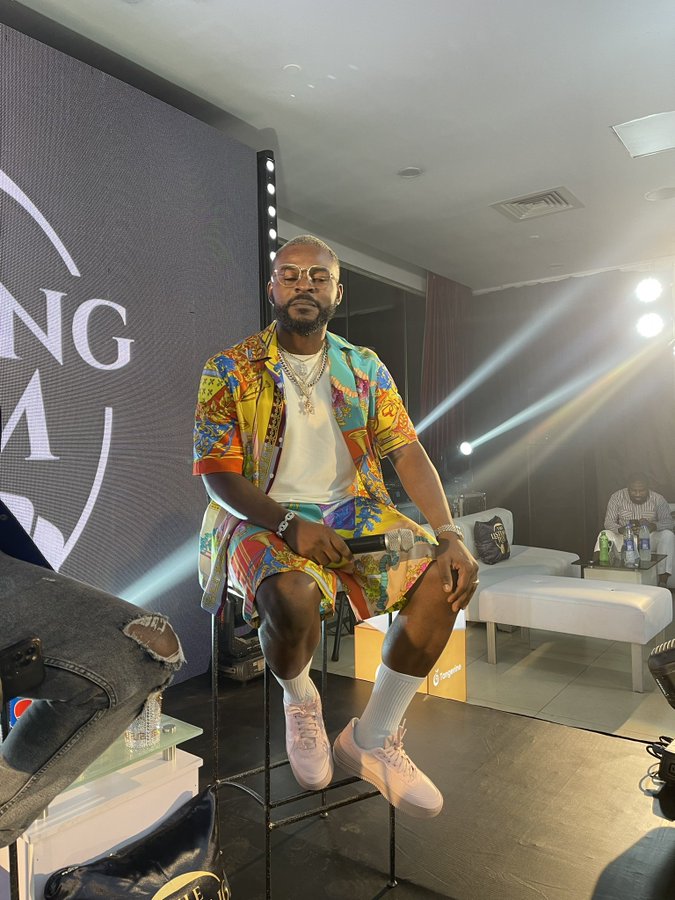 “Ice Cream,” the lead single to the album, features BNXN. It is a creamy, gorgeous tune that celebrates a flirty man and his games.

On BAHD, Falz collapsed the ethos of his previously released projects into one; nevertheless, it didn’t take anything from its quality as Falz comes through with incredible delivery, concise and well-placed collaborators across genres.

Emmanuel Daraloye is a Music critic with over 400 album reviews in his archive. His bylines have appeared in The Cable Newspaper, The Lagos Review, Vanguard Newspaper, Legit News, Rank Magazine, Independent Newspaper, Modern Ghana Web, Nigerian Tribune, and many more.