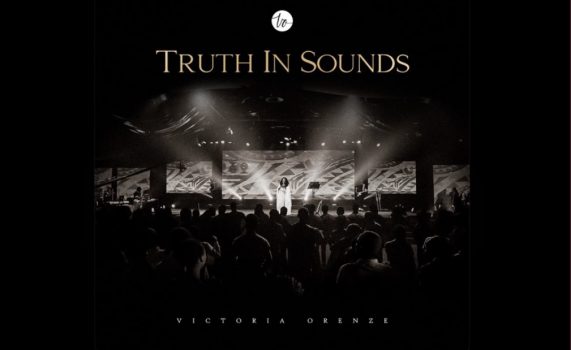 Barely six years since popular Nigerian Gospel artiste, Victoria Orenze, came to limelight, she has written over 51 songs and has held series of Gospel concerts. In 2016, Victoria Orenze held a concert titled “The Return” where she performed many songs, including her two hit songs, “On Fire,” and “Draw.”  These two songs gained wide acceptance among many Christians, and were sung in nearly every spiritual gathering in Nigeria as at their first release.

Victoria Orenze has released yet another spirit-filled album titled Truth in Sounds. The live recorded album, housing 13 powerful songs, bears the message of salvation, gratitude, fellowship with the Holy Spirit, and a cry for an outpouring. This album does not run short of the energy that comes with the artiste’s songs. The intriguing part of Orenze’s songs is how she sings from the core of her soul. Her ministrations are always filled with the delectable savour of God’s presence, even when she is playing around with a song. For Orenze, holding the microphone or singing in a meeting is heavily spiritual, and she does it with her whole being.

The first track, “We Receive,” starts with a single, solemn note from the piano, and afterwards, Orenze’s voice telling the audience that the album would be an exciting ride, and that the track is a mere taste of what the entire project holds. The introduction is followed by sequential chords from the piano, a rhythmic snare framework from a background loop, and the blend of guitar riffs.

This is a song of expectation and desire to receive from God. Victoria Orenze, alongside the backup singers, in a gradual crescendo that progressively rises to an energetic vocal production, tells God to pour the promised showers of blessings. Approaching the vamp, the voice of Orenze is heard over the backups’ praying in tongues. She calls the backup singers to echo the line that says, “we receive it” in what seems like a call and response. On this track, Orenze stirs the spirit of her listeners to open up and receive the abundance of rain that would take the dry seasons away. The dry season here, according to the artiste, consists of struggles, pain, sorrow, and many unpleasant experiences.

(Read also: Neon Adejo’s Latest Inspiring Album, “Nothing But the Gospel,” Reveals What the Gospel really Is)

In “Walk by Faith,” Orenze starts by telling the audience to walk more in faith. As the exhortation progressed, a subtle combination of piano chords, accompanied by an audible snare framework from the loop followed. With lyrics that seem more spontaneous than premeditated, there is little wonder Orenze did most of the singing alone without backup singers. This track is about the need to walk by faith and not by sight. Considering the current state of things in the world which can be depressing and overwhelming, believers need to consciously look to God by faith. The song ends with another session of exhortation by Orenze.

“The Fountain” (Osimiri Atata) starts with an outburst of excitement from the audience, and a sudden energetic echo of “osimiri atata” from Victoria Orenze. The intro is followed by a blend that runs over a dense production from the bass, electric, lead and  acoustic guitars which invariably give the song a Rocky feel. The drum work runs over an intense clattering of the cymbals.

The piano alongside the trumpet possessed a subtlety that introduces a taste of perfection to the song. On this track, Victoria Orenze urges listeners to drink from the fountain of God, one that never runs dry. The lyrics twirl around expressions that call out to God for an outpouring of his spirit. The song ends with a session of exhortation and a call to salvation.

Similar to the rest of the tracks, “Surely Dem Dey Follow Me” starts with a brief session of exhortation, countering religious beliefs that people uphold. On this track, the singer declares that surely, goodness and mercy will follow her. Victoria Orenze mentions at the tail end of the track that the song the song was not prepared, initially, for the album. The song is immediately received by an active audience who take over the song as it progresses.

“Ascend” is a call for believers to rise. The lyrics are drenched in the need to rise by the blood, the word of God, and his spirit. It also centers on the need to bring light, truth, and love to a dark world, declaring the positions of believers as Kings and Priests, called by God to readily shine and lift the darkness upon the earth.

“Gratitude” is a song of thanksgiving. The song starts with Victoria Orenze urging the audience to express their gratitude to God. After what seems to be a short session of thanksgiving, a soul-clinging sound production led by the acoustic guitar and the trumpet followed. This song is a blend of contemporary Rock music, Black music and Afrobeats.

With the chorus that says, “eshe o,” an expression for “thank you” in Yoruba, the singer passionately communicates her gratitude to God for the gift of salvation, protection, provision and so much more. The beat rises and falls at the discretion of Orenze, as she stops at intervals to speak in tongues and encourage the audience to praise God for his works in their lives.

“Promises” is 19 minutes long, the longest of the tracks in the album. The initial exhortation by Orenze is intercepted by a sudden start of the instruments, killing the solemnity of the intro. Here, Victoria Orenze adores God and sings about the consistency of his promises written in his word. Heaven and Earth will pass, but God’s word is everlasting, she says. The tone, lyrics, and the style of the chorus take the mind of a listener to an old song that says, “when I remember his promises, I shout hallelujah.” The production comes with a touch of excellence which definitely is owed to rigorous rehearsals and immense dedication. 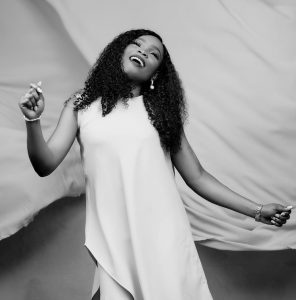 “The Weapon” begins with an intense session of chants, exhortation and speaking in tongues. Here, Victoria Orenze speaks of what the weapons of warfare for believers are. They are mighty, not carnal and are for the pulling down of strongholds.

“This Year” (I No Go Fear) is a prophetic declaration of the things Orenze wants to see happen in her life. The pidgin chorus, “I no go fear o because Christ dey, e dey for me,” speaks of assurance and faith in the existing possibilities that are embedded in God for those that believe in him. This track is adorned with sessions of brief fellowship-inducing chants, tongues-speaking and exhortation. The track ends with a quiet session, greased with a solemn repetition of the chorus by the audience.

“Yahweh” is a classic song that begins with Orenze leading the audience to read the book of Psalms 150, and afterwards, an intense rise in instrumentals. This is accompanied by a transition into a danceable combo from the instruments that lean towards Afrobeats. The song is a high praise that affirms God’s faithfulness and wonderful works.

“Supernatural” centres on the God Nature that is in believers. The artiste affirms the supernatural life she has received through salvation. She calls herself a spirit, living in a body, and that this was made possible by Jesus who reinstated her through his death.

In “Paid For,” Orenze sings about the life she has received because of the price Jesus paid on the cross. Like every other song on this album, this track has a short session of exhortation to the live audience and an incredible mix of instruments.

Starting with a Yoruba verse, “I Get Backing” revolves around Orenze’s trust in God as her support. For a song that is this drenched in Yoruba and a sprinkle of pidgin and English, it’s spectacular how easy it is to learn and sing. Here, Victoria Orenze does a lot of energetic singing. The soulful vamp that starts with a chant gives the tempo an obvious facelift into a faster beat. 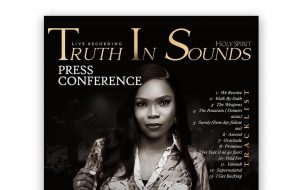 For an album this long, and with a 19-minutes long track, it is observable that much time was spent in writing and rehearsals. Having a live recording of 13 songs that are loaded with long lines of lyrics, and each song is met with an increasing enthusiasm by the audience, shows that each song is indeed carved out of deep fellowship with the spirit of God.

Victoria Orenze joins this list. Her songs should be embraced within spiritual gatherings that are ready to have deep fellowship with God as they worship. One limitation, however, is the long length of the songs, which consequently made the album longer than necessary. People may need to listen over and over again to get familiar with the lyrics, which of course is a struggle that comes with lengthy songs.