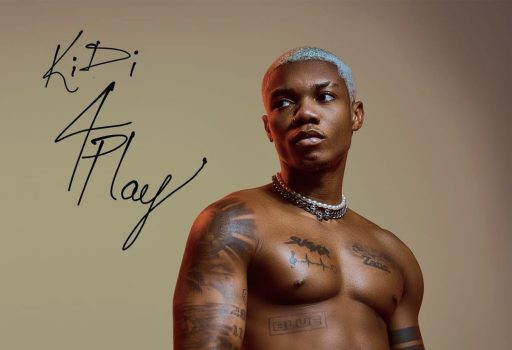 Through 4Play, KiDi shows that the success of The Golden Boy album was not a fluke. He gets better on each project release…

KiDi is one of Ghana’s brightest musical stars. Since he announced his arrival with “Odo,” in 2017, and the subsequent Mayorkun and Davido-assisted remix months after, KiDi has never rested on his oars. He keeps adding more feathers to his cap.

Born Dennis Nana Dwamena, KiDi had always been interested in music. His love for art was amplified when he gained admission, in 2010, to study Economics and Information at the famous University of Ghana. During his schooling, he participated in and won the coveted MTN-organised MTN Hitmaker contest. This success led him to getting signed to Lynx records in 2016. Since his signing, KiDi has been sharpening his craft, churning out records that have crossed over to other countries, and performing in concerts within and outside Ghana. His 2021 album, The Golden Boy, remains one of Ghana’s most streamed projects in recent times.

Just a few days ago, on September 23, 2022, KiDi returned with 4Play, an extended play of four tracks. On this project, he leaned more into his strength as he crafted an effervescent, relatable, and brief project.

Kidi starts the journey in party mode with “Champagne,” a bright, mid-tempo song.  It’s a call to action that starts with an excited KiDi saying, “Oh Baby, you know we are outside, yeah yeah we are outside.” He informs the listeners about who he is — a party rocker and socialite. When he says, “Champagne for my pain, I dey in my lane, every day is my birthday,” we sense meditation.  It is a quick look at his past, the years of suffering and smiling. But he doesn’t dwell too much on the past in this song. He’s more concerned about the present state of mind. 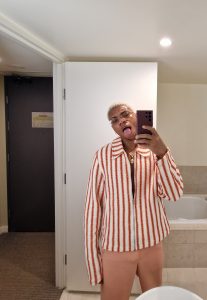 “Champagne” sees KiDi crafting a party song that carries everyone along. Lyrically, it’s cheesy. The production aims to drag the listeners into the dance floor. And to a large extent, he is able to achieve this goal. The minor guitar strings played on this track make it more alluring. And although the strings play underneath and might not be easily noticeable, you can’t remove their impact from the success of the song. KiDi plays his game right by starting on a bright note with “Champagne.”

The bopping track, “Habibi,” is seductive. “Habibi,” which means “my love” in Arabic, sees KiDi profess love to an older woman. He is unfazed by the age difference. Age is just a number, and he sticks to this narrative by employing the lady to come to the dance floor. The song is a nod to transactional sex. When he says, “You said you want soft life but is your booty soft too,” you tend to ponder on this line and question KiDi’s love for the woman.

Just like the opener, “Habibi” is a call to action, but on the bed. KiDi plays with words on this track. He doesn’t come off as a rude or sex-starved artiste, but as a very confident man who knows how to maneuver women’s antics. Underneath this track is a boisterous saxophone riff which occasionally comes up to spice the production. Towards the end of the track, the baseline and saxophone go on a beautiful run.

Since Fela Kuti, in the late 70s, popularised, in the Nigerian music scene, the word, “Zombie,” a large chunk of artistes have used the word to connote different things. KiDi tethers towards that line when he uses the word on the third track on this EP, “Zombie.” The guitar-centric record is a gorgeous, slow-tempo song that strikes a chord in anyone who has ever been in love. “Zombie” connotes, here, a foolish person without a mind of their own. KiDi starts the song by comparing himself to a zombie whenever the girl seems to want him. He anticipates the girl’s love, and he craves for her attention.

Midway into  the track, KiDi lets out his anxiety about the girl. The mere thought of the girl leaving him drives him crazy. He doesn’t seem like the type of man capable of enduring her absence.

KiDi shows his vulnerable side in “Zombie.” But, then, what’s love without vulnerability? It’s forgivable if he overdid it on this track. Every man has a girl they bend to. He might just have seen one, and he doesn’t sound like he would ever lose her, for now.

KiDi’s full vulnerability is unleashed on the Prince Bright-assisted “Shakira.” A line like “I only need you when I’m breathing,” is an elevated word usage. It shows he can be poetic when he chooses. The frenetic production is KiDi’s attempt at crowning all his previous effort on the last three tracks.

“Shakira” is a mild attempt at exploring the Amapiano music genre. This time around, only the log drum and baseline are included; yet, it still gives off the Amapiano feeling. “Shakira” is an elevated “Zombie.” KiDi is only more daring on this particular track, and you tend to wonder if the vulnerability does not become excessive. What does he stand to gain if he does this? Won’t the girl take advantage of him? These and many more are the questions you would ponder on this track. 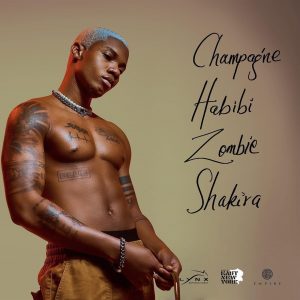 The only crime of this EP would be its short time frame. It tastes too good to be this short; nonetheless, it’s bound to aid the album’s replay value as listeners would love to hear the tracks again. Through 4Play, KiDi shows that the success of The Golden Boy album was not a fluke. He gets better on each project release. He serenades his listeners, cautions them when necessary, and at the same time entertains. While the fans look forward to a proper sequel album to The Golden Boy, I think they have something awesome to hold on to with 4Play.