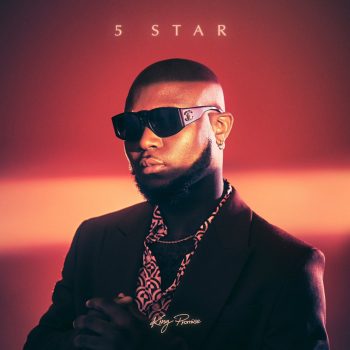 King Promise Steps up His Game on “5 Star” LP

With collaborations with the likes of WSTRN (UK), Frenna (Amsterdam), Chance The Rapper and Vic Mensa (USA), Omah Lay and Patoranking (Nigeria), and Bisa Kdei (Ghana), this project was created to appeal to a wide demography…

The phrase, “Five Star,” connotes quality, excellence, distinction, etc. For Ghanaian superstar, King Promise, it signals the voyage to a new arc of his music journey, a departure from the As Promised album released three years ago. But it is not necessarily a departure; it’s a superb update that sees him drawing influences from some of the genres he grew up listening to.

Born over 26 years ago in Ghana’s capital city, Accra, King Promise honed his musical skill by listening to songs that his father played from his boutique shop. Promise also tried his hands at football. Things took a different dimension, however, when one of his songs blossomed while he was schooling at Central University, Ghana. This sudden spotlight led to him jettisoning football for music in 2016.

One of King Promise’s earlier songs on Spotify, “Thank God,” features British rapper, Fuse ODG. Twelve months later, King Promise got his biggest breakout with the Mugeez, and Sarkodie-assisted gospel and gratitude-centric “CCTV.” King Promise levelled up with collaborations with the likes of Wizkid, Mr. Eazi, Joey B, Joeyboy, and others.

The influences of Ghana Highlife and its domino effect, Hiplife, are scattered on King Promise’s discography, and with the hitmaker, Killbeatz, polishing his sound, flying on a bright colour remains definite for King Promise.

Splashed across fifteen songs, with a total span of 49 minutes, 5 Star is just sixty seconds longer than its predecessor. It finds King Promise flexing his voice, serenading with his melody, and bringing his  sharpened lyrical prowess to the delight of the listeners.

The album opener, “Iniesta,” is a reference to former Barcelona football club legend, Andrés Iniesta. It’s a lush, menacing self-praised track. On this track, Promise embraces his new self, and says what he likes about women, amidst shots directed at some adversaries.

They say the hard guys fall in love more. This plays out on the second track, “How Dare You.” Promise lets his guard down, and craves for attention from his lover. It’s fun and cute. The title is daring; nevertheless, it’s a lofty, serenading composition.

When Omah Lay says “Port Harcourt confidential” on “10 Toes,” he was paying tribute to the intransigence of the people of that oil-rich state. “10 Toes” functions in three ways: it is self-praising, girl-pleasing, and party-inclined.

Some topics are better touched only when an artiste has reached an advanced stage in their career. When King Promise talks, he speaks from experience. He has money and fame, knows what it means to be betrayed, and is aware of  the attitude of fake friends around.  On “Ring My Line,” the confidence is intimidating, with English rapper, Headie One, delivering impeccable rap lines to amplify the message. It’s an effortless voyage between London and Accra.

King Promise’s most sellable strength lies with his infectious melodies. But, lyrically, he struggles. On some songs, when he starts well, he gets stuck and reverts to mediocre lines. A song like “Put You On” is a perfect example.

“Slow Down” is built on mid-tempo drums, the lyrics are sparse while the production creates enough space for reflection. In this song, King Promise tells the story of a girl who takes her time before committing to him. While he promises all the good in the world, the girl stands her ground.

King Promise might be a Hiplife artiste, yet, Dancehall features are noticeable in his sound. “Yaa Asantewaa” is a mélange of dancehall and Hiplife. The topic revolves around sex, and the production is perky. On the guitar-lightened “Do Not Disturb,” King Promise explores Soul music and R&B. This comes off so well that you think he is a Soul music singer. He hits the right notes, brings out the emotions, and switches up the tempo with his infectious, crooning vocals. The song expressly celebrates lovemaking.

Money is meant to be spent, King Promise seems to say. To do that, he invites his Nigerian brother, Patoranking, for this luxury lifestyle on the boisterous “Chop Life.” The song would still be remarkable without the Nigerian dancehall king, but when Patoranking comes through, he adds more to the sauce. In the end, they both dish out a balanced meal.

London-groomed music collective, WSTRN, shines brighter on the genre-slicing track, “Bad n Rude.” King Promise gets drowned in this song.  “Overthink” explores the negative effects of fame and money. The Bisa Kdei-assisted tune, “Carry Me Go,” takes you to the closest local party. It is drenched in party and love, and both artistes do justice to the theme. The song’s placement at the tail end of the project is its only shortcoming.

The love fever continues with bass guitar-driven “Maria.” The track is all shades of Hiplife amid R&B influences.

The album ends with the Chance the Rapper- and Vic Mensa-assisted acoustic-based  “Run To You.” The feature might have been the biggest; however, it only sounds like a freestyle. The rap is mediocre at best. You find it difficult to distinguish the rap verse from open speech.

Three years ago when he released his debut album, King Promise was eager for fame, had a point to prove, and money to make. Right now, it is glaring that he has achieved all that. If you are in doubt, a trip through his sophomore album should be recommended. While he avoided the second album slump, 5 Star could have been 20 minutes shorter. This reduction would have made a more concise and cohesive project. Nonetheless, it’s still a superb work from the artiste. 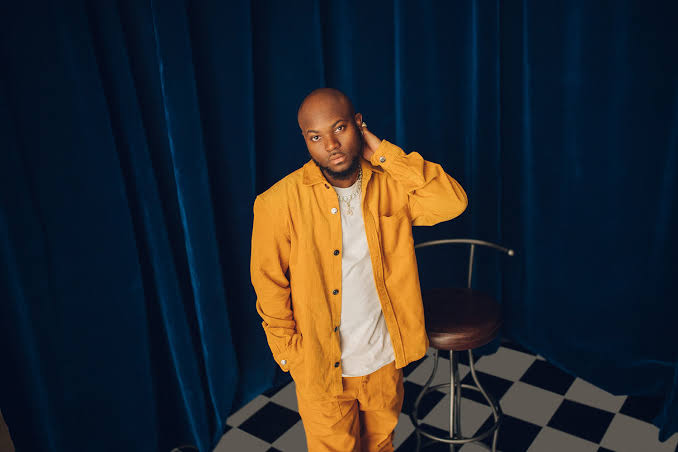 5 Star would open more doors for King promise, introducing him to a new audience. With collaborations with the likes of WSTRN (UK), Frenna (Amsterdam), Chance The Rapper and Vic Mensa (USA), Omah Lay and Patoranking (Nigeria), and Bisa Kdei (Ghana), this project was created to appeal to a wide demography.