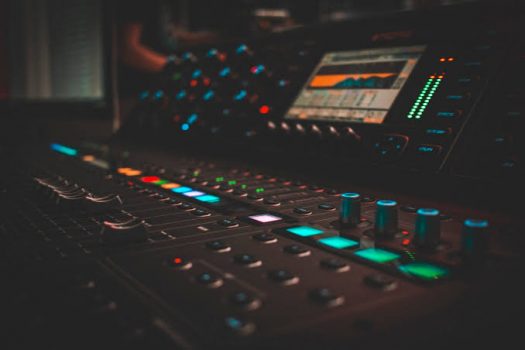 The premise that young people are taking over the Nigerian music scene isn’t unfounded. How could it be when every other week two to three songs in the Top 5 charts are either sung or produced by one?

We curated a list of 5 of the best producers making waves today in Nigerian music.

Termed by PAM (Pan-African Music) as “the wunderkind producer” in 2020, P.Priime has, in the past two years, steadily risen through the ranks and become one of the most sought after producers of 2021. An alumnus of The Sarz Academy organized by award-winning producer, Sarz, P.Priime was responsible for 2019 hits like DJ Cuppy & Zlatan’s “Gelato,” Fireboy’s “Like I Do” from his debut project “Laughter, Tears & Goosebumps,” among others. In 2020, he was solely responsible for seven songs off Olamide’s “Carpe Diem” album, including bangers like “Infinity” with Omah Lay and “Loading” with Bad Boy Timz which stayed on the charts for weeks following their release. In 2021, he has made a point of diversifying his portfolio, which is what we suspect landed him one of the biggest songs of the year, “Anoti” with Wizkid off the deluxe version of critically-acclaimed album “Made In Lagos.” He also worked on a number of songs off Teni’s album “Wonderland.”At 19, P.Priime has become one of the jewels of contemporary Nigerian music, and a solid representation of the Gen Z in the Nigerian music landscape. Still doubting if you should hit him up for a collaboration?

During his early years in Kaduna, Northern Nigeria, London (real name: Michael Ovie Hunter) often dreamed about making hits with some of the biggest names in the industry. Determined to make the dream a reality, he kept at bettering his art and expanding his knowledge of the rudiments of music production. While still in Kaduna, he reached out to one of Mavins’ in-house producers, Babyfresh, with some of his beats. Babyfresh, seeing obvious talent, gave him some pointers for improvement. Under Babyfresh’s tutelage, London came to Lagos for the first time. Hitting it off with newly signed Mavin artiste, Crayon, London produced a couple of songs off his debut EP, “Cray Cray — EP,” one of which was “So Fine,” a song that immediately hit with the majority. Although not signed to the record label, he also produced a couple of songs off Rema’s debut project “Bad Commando — EP.” In 2019, he fulfilled one of his dreams by getting invited to work on Wizkid’s EP “Soundman Vol. 1.” In 2020, he produced some of the biggest songs of the year; Tiwa Savage’s “Koroba,” Tiwa Savage & Sam Smith’s, “Temptation,” Wizkid’s “Gyrate,” among others. Recently, he’s been recognised as the brain behind Ayra Starr’s “Bloody Samaritan,” as well as Rema’s “Bounce,” and “Soundgasm.”

Signed to Marlian Music, headed by patriarch, Naira Marley, Niphkeys is the staple producer if you need a street-hop hit. He’s one out of D’Tripps group (others: Ibkssleek, Tori Keeche) responsible for most of the releases of the Marlian Group in 2020, including the street’s favourite boy, Zinoleesky’s debut project, “Chrome.” Always wearing a calm disposition when he’s with others, his production skills are a direct opposite; crazy and otherworldly, in a sense. Almost all of the street-hop songs you’ve been jamming to in 2021, including Zinoleesky’s “Naira Marley,” Mohbad’s “Feel Good,” and Zlatan’s “Ale Yi,” bear his tag. His work speaks for itself.

First employed by Mavins Records as a sound engineer, he never envisioned that he’d delve into production proper. Sharing an unrivalled chemistry with Mavins’ new signee, Ayra Starr, he decided to try his hand at production, and it resulted into him producing three of five songs off of Ayra’s first and self-titled EP, “Ayra Starr,” including “Away” which became an immediate favourite. Months after, he’s credited as one of the producers on Ayra Starr’s debut album, “19 & Dangerous,” alongside London and Don Jazzy. You might say this young man has been instrumental in the success of Ayra Starr, and you wouldn’t be wrong. Still functioning as a sound engineer, his first career path, he mixed and mastered all of the songs on Mavins’ newest signee, Magixx’s debut project.

Another alumnus of The Sarz Academy, Tempoe’s earliest work was with CKay and Blaqbonez. A fact that still eludes the vast majority is that he co-produced the most Shazam-ed song and newest Internet obsession, “Love Nwantiti (ah ah ah)” with CKay. It was unknown to him (and everybody else) that three years later, it’d hit all these milestones. The steady rise of his career began in 2020 when he produced Omah Lay’s “Godly.” He has gone on to produce music for Teni, Joeboy, Superboy Cheque, among others. He’s also responsible for the viral hit “Understand” by Omah Lay. He bears the tag “MAD,” which is aptly put.