T.I Blaze’s “The Fresh Prince of Lagos”: A Concise and Invigorating Project

The Fresh Prince of Lagos is a gratitude and storied look at T. I Blaze’s trajectory swings on a futuristic prospect…

January 2022 witnessed the ripening of three stars. From the street was Portable who proclaimed himself as Werey Olorin with his “ZaZoo Zehh” track alongside an Olamide and Kogbagidi co-sign. There was Asake Medoo—now a YBNL signee with his Olamide assisted “Omo Ope,” and lastly, T. I Blaze who ranks lowest in this artists’ cadre.

The 22-year-old artiste’s breakout song, “Sometimes” had a boost, courtesy of Olamide. With his fortunes skyrocketed, he doesn’t sound like he would be stopping soon. His impact can be felt on charts, shows, and the increase in the number of streams, with “Sometimes'” remix raking more than 10 million streams on major streaming platforms.

Akintunde Abiodun Timileyin started his music journey in 2013 at New Creation College, Ogun State with his slathering rap flow and his desire to write. He took it more professionally with the release of his debut single in 2020, “Tomiwa.”

“Tomiwa” retains T. I Blaze’s signature element: a stark representation of grass to grace story over mellow and percussive beats. “Dupe,” his 2021 single, also shares that sentiment with rap input from Temadey with the usual feel-good kind of production, while he directed some questions at the listeners.

The industry’s closed doors were open when “Sometimes” got the input of Olamide, as he projected on “Sometimes.” To galvanise this success, T. I Blaze released The Fresh Prince of Lagos, his first extended play, on February 25, 2022. It arrives almost a month after he recorded the last track, “Try,” with Grammy Awards-nominee, Rexxie.

Produced by Rexxie, “Try” opens the spin. It harks back to the narrative of “Sometimes” : the place of money in life and relationship. T. I Blaze tells his story; the volatile state of the street, the beef, and dishonesty which sometimes serves as a lesson for him and anyone from that side of the society. The kick drum drives the instrumental while T. I Blaze’s vocals is delivered in such a way that it’s relatable, likely to lead to a head-shaking from the listeners. With more than 63k streams on Spotify, it ranks second on its list of most cherished songs on that platform.

“Sometimes” got a reworked production by Eskeez; it retains its mid-tempo instrumental while T. I Blaze’s enthralling melody got the needed leg up from rapper Olamide. “Sometimes” is a story of the average Ghetto boy, and it revealed the identity crisis they always face while they journey on. How do you navigate between good and bad? Should I tow the “yahoo yahoo” line or I stick to the words of wisdom and admonition from my mother? Unfortunately, T.I Blaze did more than Internet fraud as he later revealed he explored Canadian loud, a type of drug. He even said; Sometimes, food no dey give man joy /But, Canadian Loud, the feelin’ is different. This line, although contentious can be overlooked.

Olamide started his verse with four lines taken from the holy Quran. It serves as a prayer from enemies. He further delved into his verse with a back story on doubters who never thought he would make it out of the trenches or get into the 20s age bracket. 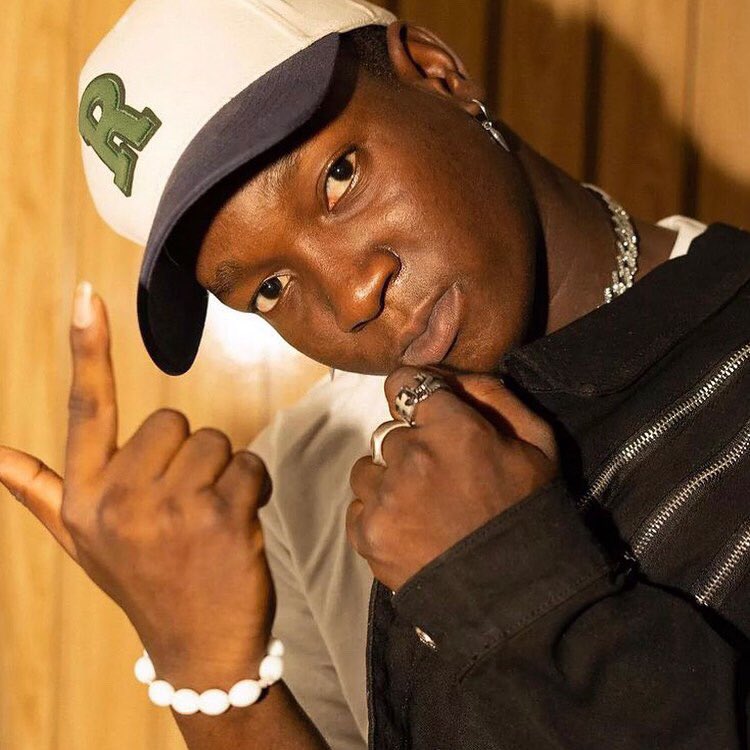 “Gbedu” wallows in the South African deep house sound, Amapiano,” with ominous log drums and bassline giving life to the production. T. I Blaze’s reductive grass to grace story never took anything from the juicy package of this song, nor is it likely to bore the drunk reveler at club Quilox. The second verse veers into self-appreciation and gratitude with appreciable tongue out to people who never supported his hustle before the stardom.

Barry Jhay and T.I Blaze share one thing in common: their ability to strike up emotionally driven songs to appreciate God, motivate the youth and at the same time, get people to the dance floor. Right now, no one does it better than the Chief Ayinde Barrister scion. His age-long experience comes to play on “Oba.” It’s a gratitude-laden track.Barry Jhay held the life of this track, and not even Blaze could pose a threat to his sonic kingship. However, the discordant production could have been better done; it grates the ears.

South African rapper, “Blxckie” and Nigerian singer “Rasaqi” featured on the half Patwa and trap track, “Basic.” A love tune hidden in low-voiced vocals, it sounds like a track likely tailored to appeal to the United Kingdom and the Caribbean countries.

Released in September 2021, “Sometimes” ends the extended play. The intro takes a cue from Wizkid and Tems’s “Essence.” Blaze had even once mentioned Wizkid’s “Ojuelegba” as one of the tracks that inspired this.

Wizkid’s Ojuelegba was one of the songs that inspired Sometimes.

From Blaze’s drab vocal delivery and polyrhythmic instrumental, we spot out weaknesses in the song. However, the pain of the words can be felt on this track.

The Fresh Prince of Lagos is a gratitude and storied look at T. I Blaze’s trajectory swings on a futuristic prospect. TFPOL awakens the sleeping audience to T. I Blaze’s artistry and for the day one fans, it is a medium of dishing out more delicious meals to invigorate a party that just kicked off.