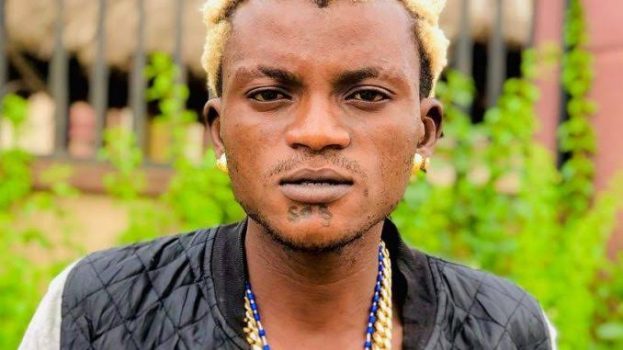 Why is this genre so special? And why is it in an endless cycle of innovation and rebranding? And why has it now tag-teamed with the waning sounds of Fuji, to return through the vocals of Portable Omolalomi?

The sounds were striking, the first time I heard it. “Zazoo Zeh/ Koko tua/ On my way to Ilu Awon Osu (Zehh),” the lyrics from the viral hit, Zazoo Zeh, engulfed the city of Lagos, Africa’s entertainment capital, a few weeks ago. The hit song from fast-rising singer, Habeeb Okikiola, better known as Portable Omolalomi, had already caught on like a pandemic. Its sudden presence signaled the survival syndrome of Afro Street Hop in Nigeria, amid the ongoing bloom of slow-burn, RnB-inspired music such as Wizkid’s “Made In Lagos” among others.

Like Manchester United football club, Afro Street Hop is one genre that always returns with electrifying comebacks. It is the lifeblood of the ‘Street,’ a habitat characterised by strife, oppression, and yet hope. Year in, year out, musicians create these songs which are, at their core, distinguished by sound structure and lyricism. Why is this genre so special? And why is it in an endless cycle of innovation and rebranding? And why has it now tag-teamed with the waning sounds of Fuji, to return through the vocals of Portable Omolalomi?

Street Hop music started in the bustling city of Bronx, in the United States. It was a tool for rebellion against the thriving oppression, and systemic marginalisation in the Black and Caribbean communities there. It was a very expressive art form, spreading its influence across the world, with the help of the media. Everyone watched Biggie and Tupac, and most youths started to adopt their sub-cultures such as language (the ‘wannas’, ‘gonnas’, among others), dressing, and, most importantly, political awareness. It inspired the music circles in Western Africa, such that new, similar styles of music were being made. And, ultimately, Afro Street Hop was birthed.

Afro Street Hop started in the ‘90s, with the ‘Galala’ styles of the Ajegunle suburbs in Lagos. The community, riddled by violence, poverty and pollution, saw the veterans like Daddy Showkey, Baba Fryo, African China, among others, blend the popular Reggae rhythms with a more harmonic, fast-paced, albeit crude, version of Street Hop. It caught on like a wildfire. Clubs, parties, and concerts were agog with Galala sounds, and it was a significant renaissance for native African sounds at the time.

Already, Africans had become used to a diet of RnB (Celine Dion, Whitney Houston), Rap (Nas, Tupac, Notorious BIG, etc.), and even country music (Barry White, Don Moen, etc.). Our traditional Highlife, Fuji, Apala, and other native styles had already begun to take the backseat in the industry. And so this renaissance was a good thing.

Fast-forward to the 2000s, we witnessed the ‘Konto,’ and ‘Swo’ strains of Galala music, midwifed by the veteran mavericks, Mad Melon and Mountain Black, among others. Then, the sound morphed into a more mainstream variation called ‘Pangolo’ which we witnessed in the early discographies of singers like Terry G, Olamide (although a more rap-dominant form), Olu Maintain (although a more RnB-dominant form), among others. There have also been mutated genres, which have been as experimental and as survivalist as Afro Street Hop. Its ability to keep reinventing itself is simply charming.

In the early ‘90s, it saw other sub-genres and newer music styles race for the spotlight, without any fear of losing its prominence. However, it later did, fading from the spotlight with only its pioneering adherents such as Pasuma, Obesere, Kwam 1 the Ultimate, among others, still carrying the torch presently. The truth is that the genre, like Highlife music, is not dead (yet); it’s only poorly invested in, with little Fuji-themed contests, concerts, and a saddening lack of promotion.

Nonetheless, with the scanty experimentation efforts from singers such as Pasuma, 9ice, and now, Portable Omolami, it appears there is hope after-all for the glorious genre. 9ice songs, from “Street Credibility” to Portable’s “Zazoo Zehh” all have one thing in common: the Fuji harmony. The songs are subtle advertisements of the sweet danceable groove of Fuji music. And that’s exactly the wonder power of this Afro Street Hop genre. From the plains of Reggae, to Rap, down and now Fuji, the genre mixes well with other genres.

However, there is the ultimate reality that this genre will continue to struggle for its survival. It might never get any breathing space, because it is naturally a stigmatised art style. And for some good reason, too.

Afro Street Hop is designed to be rhythmic, sometimes polyrhythmic (very fast-paced). The sounds naturally could feel very aggressive, and less-soothing, making it hard to export to other Western climes. Afro RnB, Amapiano, among others, are, however, easier to promote abroad, because they are more melodic, fused with a myriad of piano chords, guitar riffs and more experimentation than most variants of Afro Street Hop. On the other hand, Afro Street Hop can still ascend to this level, and artistes like Bella Shmurda, Barry Jhay, have already started using RnB and Pop to dilute the hardness and appeal of their Afro Street Hop variants.

Another issue is the problem of lyricism. The music is more apologetic to the lifestyles of its main consumers. It is the sound of the street (or the ghetto). Sometimes, it is stewed in messages of hope, other times it is a stark reflection of their gory realities, such as drug abuse, cultism, misogyny, sexual harassment, among others. And, most times, it hardly ever condemns the ills. There are also times that it is rooted in nonsensical, non-useful, and incoherent lyricism. This is dubbed ‘Lamba (see Naira Marley in “Ma Fo,” Mr Real in “Legbegbe,” Zlatan Ibile in “Zanku,” etc.)

Amidst these problems, it remains a street staple, a premium preference for the indigent, and even middle class communities with pockets of similar populations. It is especially more prominent because of the key godfathers, Disc Jockeys, such as DJ 4kerty, DJ YK Mule, among others, who valiantly burn hours of non-stop Afro Street Hop, in all its variants, at every social gathering they are in. This is the lifeline of this genre.

Afro Street Hop has a lot of potential, just like its adherents. With Portable Omolalomi, it is a catalyst for a speedy rise to fame, as very few artistes are practicing the music style. And there is an endless demand for this type of music. It is also an overpraised glorification of unhealthy ideals, and unintelligent lyricism. And for it to get the roses it deserves, it needs better branding. It can retain the crude, raw imageries of the ghetto. It could be tilted more as motivational or dance music. But it could do better than being a mashup of slangs, loud drums, and endless proliferation of ills.

“Zazoo Zeh” has that star-power tendency. It could be the launch pad for Portable’s run among the key Afro Street Hop players, or it could be just a one-trick wonder. Only time, alongside better branding and maybe a stroke of luck, would determine. However, it would be a great demerit for people to not observe this mutation ability in Afro Street Hop, milk it for all its experimentation, and export this gem to the crannies of the world. The agenda can be bigger than ‘Afrobeats’ to the world. It should be African music to the world. And the time to start is yesterday.

Chinonso Ihekire is a music critic, journalist and filmmaker based in Lagos, Nigeria. He believes in the power of using art to positively radicalise society. His works have appeared in other African publications, such as Wakonte, Guardian, among others. Reach out on Instagram @Chinonsotherevolutionary and Twitter @ChinonsoIhekire