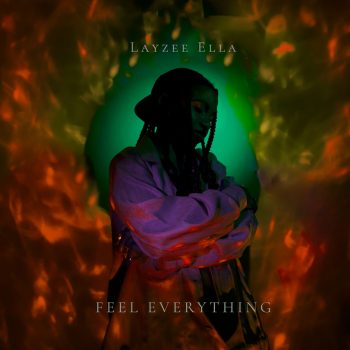 Layzee Ella Furthers Her Artistic Growth with Dancehall-Infused “Feel Everything”

Ella displays a range and versatility (both vocally and stylistically) that I would love to see her experiment with, explore more, and build on as she continues to rise on a deservedly upward trajectory…

Layzee Ella is a young and vibrant singer, songwriter, and rapper from Edo State, Nigeria. She Furthers Her Artistic Growth with Dancehall-Infused “Feel Everything”. Her stage name might be a bit of a misnomer as she has proved to be anything but lazy. Arriving thunderously on the scene during the turmoil of the COVID-19 pandemic, Ella quickly enraptured an audience for herself following a series of remixes to popular songs that she released on her Soundcloud. This was followed by something of a meteoric rise that saw her release her first official project, When the Lights Go Off, in 2021.

The project was well received by her burgeoning fanbase, amassing over 400k streams on all platforms. At the beginning of 2022, she was gaining industry attention and was featured as one of the best new artistes on the Native Magazine’s uNder spotlight. The stage thus seemed set for her to tighten her foothold in the industry, and that is what she aimed to do with the release of this sophomore project, Feel Everything, with the backing of the folks at Warner Music Africa.

The EP kicks off with an energetic bang in “Rotation.” A bona fide afro-swing drum pattern is supported by riffing guitars and heavy 808 bass. The sharp timbre of Ella’s voice sparkles crisply atop the instruments, and she rides the beat with poise and dexterity. Her melodies are strong and varied, keeping your ear engaged throughout the short song. The hook features a hint of dancehall styling as she sings, “you know me need you.” Yet, I find myself wishing for a bit more, lyrically, even though this style of song rarely demands such. Knowing that Ella is also a rapper has primed my expectations for some clever wordplay and creative lyricism.

“Chemical” is the next song, and it is dripping with palpable sensuality. “I really wanna lick your face, Lemme comes to have a taste,” Ella sings in sultry group vocals that blend beautifully with the pulsing bass and thumping drums that producer Damie has provided. I really enjoy the mix of this song as there are subtly placed vocals all over the track that add different flavours to the already spicy song. Ella’s confidence seems doubled when she embodies this dancehall sort of energy.

Pounding kick drums and reversed piano samples introduce us to “Medusa” which was one of the lead singles off the project. The song features Khaid, another young artiste who is also on the rise into prominence. The track sees both artistes in solemn expressive moods, lamenting over a lover that seems to not be the best for them. In this arena, Ella’s talent for weaving a narrative in her lyrics comes to the fore. The songwriting is clear and effective, communicating the lack of trust and the shortcomings of this lover in a way that many people will, sadly, be able to relate to (and maybe that is why the song has already garnered over a million streams). I always say that when an artiste can get me to feel the emotions embedded in the song, they have got me hooked. That is what these two are able to do with “Medusa.”

“Summertime” leaves the emotive realm and brings us to a more summery, fun, and flirty Afropop bop. The mood is set by sparse sparkling keys and your typical afro drums. Ella plays out a scenario where she woos and chases a muse that has caught her attention. “I’ve been watching you from a distance girl, come give me your affection girl, make you my new obsession,” she croons in that playful manner that would be familiar to anyone who has ever initiated romantic contact in this vein. Here, we hear more of the effective narrative songwriting that I spoke of earlier. This song would be very at home on summer parties and beach playlists. 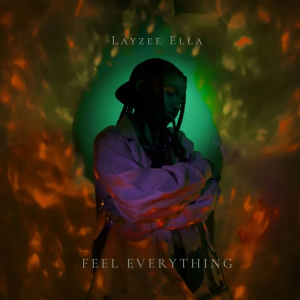 “You dey my head, you give me fever, give me nightmare,” Ella begins over mellow electric guitars and incessant bongo drums on “Hypnotized,” a mid-tempo love/lust song. My favourite aspect of this song is how effortlessly Ella balances different energies on the same track. She comes with softly sung melodies and harmonies reminiscent of an R&B song. Then she switches to the bravado and cadence of an Afropop sensation, before rounding it off with the sensual aggression of a dancehall star. Yet, these distinct energies don’t sound disparate at all. Her delivery ties them all up in one cohesive style that I’m beginning to see is the uniqueness of her artistry.

“Put It on Me” is the next track, and seems to support my observation. She begins the track firmly with dancehall energy. In fact, one could say this is actually a dancehall song considering the verse from the featured artist, The Majeek, is also cemented in the stylistic influences of the Caribbeangenre. However, once we get to the hook, the vocal delivery seems more akin to an R&B song. While I see the direction, I don’t think it works as well on this cut. It might be due to the instrumentals not quite blending well with the vocals. Although I appreciate the versatility on display, I think this song would have benefitted from being dancehall through and through. The verses are sure to get waists moving on the dancefloor, and special recognition has to be given to how impactful The Majeek is, working a masterclass on his verse.

Seemingly in response to my previous critique, “Who Fell Off” doubles down on the dancehall vibes to close out the EP. I can hear the flow and braggadocio of Layzee Ella the rapper very evidently on this song. She delivers a lot of her lyrics with a rapid-fire cadence and chest-pumping confidence over a contagious instrumental courtesy of producer, Teddy Westside. The only drawback of this song lies in the mixing, where I find that I lose a chunk of her vocals beneath the power of the drums.

It took me a number of listens to really form strong opinions on Feel Everything. This can be seen as a weakness in the sense that, initially, nothing much particularly jumps out at you. It can also be seen as a good thing in that it also does nothing strikingly wrong. Considering her musical career is still in its infancy, these are the projects an artiste uses to explore and develop the facets of their style that will become staples as they grow. Far be it from me to prescribe anything to an artiste, I still strongly feel that Layzee Ella is at her best when she leans on her dancehall influences and elements. “Chemical,” and “Hypnotized” made the strongest impressions on me, and are my favourite tracks on the EP because they are imbued with that energy.

The songs that lean more towards Afropop, while entertaining, also felt a bit run-of-the-mill to me. They didn’t really showcase what makes Layzee Ella stand out as unique in what is admittedly a fast-saturating genre. As exemplified in “Hypnotized,” this uniqueness lies in the way she blends R&B, dancehall, and Afropop. I would love to see her lean into this fusion moving forward.

A lot of the production on the EP hits that same mark for me. Not quite generic but also not noticeably unique or bespoke. This is not a knock on the production, as it is still quite a feat for all the production to be at this high standard and to be more than serviceable for each song. The mixing on the project is mostly stellar and extremely crisp. For an artiste so early in her development, it is evident that she is intentional about putting out a polished product, from the music itself to the packaging and artwork.

At the end of the day, Feel Everything is a solid step in the right direction, building on the raw talent that Ella displayed on the remixes and debut project that drew eyes on her. Ella displays a range and versatility (both vocally and stylistically) that I would love to see her experiment with, explore more, and build on as she continues to rise on a deservedly upward trajectory. 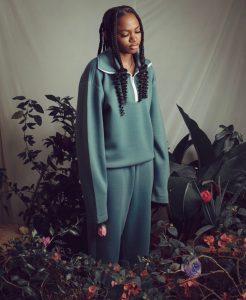 This EP is stronger than average. While it doesn’t strike me very strongly, it is an enjoyable listen that features 2 or 3 songs that could make it to all sorts of playlists. It has a lot of bright spots and showcases a talent to watch for in the future.