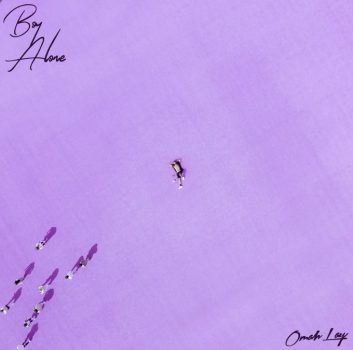 From the opener to the last track, Omah Lay tells appropriately-arranged stories of struggle, triumph, love, heartbreak, and fun…

Omah Lay broke through two years ago in the pandemic-ridden year 2020. His stardom story was huge, and he dropped two extended plays in between six months. They both made waves, and ranked incredible numbers, solidifying Omah Lay’s status in the music industry.

Three days ago, he released his debut 14-track project, Boy Alone, a moody and swift voyage through his state of mind.

Omah Lay is the boy your mother warned you of, the dude the pastor at a Pentecostal church down your street preaches against. But, you can’t do away with him. He is the bad boy with impeccable ecumenical prowess mixed with alluring street lingo. He refined the way artistes view the subject of sex. Omah Lay came fully made.

Lay’s grandfather played the drums for the late Nigerian Highlife musician, Celestine Ukwu. Although he doesn’t play the traditional drums, Omah Lay started by using the computer to lay up beats, and arranging instrumentals for music production for artistes. He did this for the better part of his time in oil-rich Port Harcourt before he migrated to Lagos in 2020.

His 2019 “Do Not Disturb,” and “Hello Brother” deals with a mentally-disturbed fellow, and is filled with inspiring messages. The two songs were independently released by Omah Lay.

In the second half of 2019, Omah Lay was snapped up by KeyQaad records. He took an over six months’ break from music, and by the time he returned in January 2020 with “Bad Influence,” it was glaring that a star had been born. “Bad Influence” reeks of an emotionally-vulnerable soul. The lyrics are sparse. The production is all shades of blue.

Omah Lay’s terrific run continued with the love embracing “You,” and culminated into  “Get Layd,” his extended play released in May 2020. Four new songs and a remix were recorded for Omah Lay’s What Have We Done EP in November 2020. The title was a reference to the Nigerian government’s lackadaisical attitude to its people, and more importantly, a tribute to the ENDSARS movement. Although the EP failed to elicit much engagement and streams like the first, “Godly,” a track off the project, stood out, dominating charts and currently has more than 71 million views on YouTube. Omah Lay ended 2020 on the bright side with his signing to Warner Music Group.

Omah Lay’s musical output in the last 12 months has been sparse and infrequent. However, it has been a forward-thinking approach if the streaming numbers are taken into consideration. “Attention,” and “Woman,” have a combined 80 million streams on Spotify. After a minor postponement, Omah Lay’s fans can finally listen to their favourite artiste’s first full-length project. 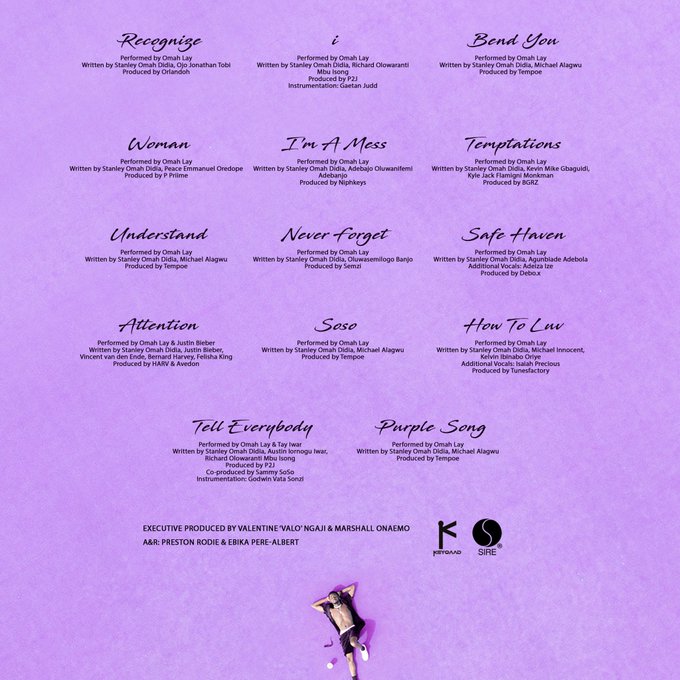 The brooding opener, “Recognize,” which is built on melancholy as well as rife with self praise-laden lyrics, might have started the project, but the second track, “i,” wakes the listeners from the slumber the opener might have taken them

into. Over the boisterous production of “i,” Omah Lay enunciates some of his battles, amidst a repetitive vow of never becoming just anybody. It is an assertive, storied voyage through Omah Lay’s struggle with fame and life. 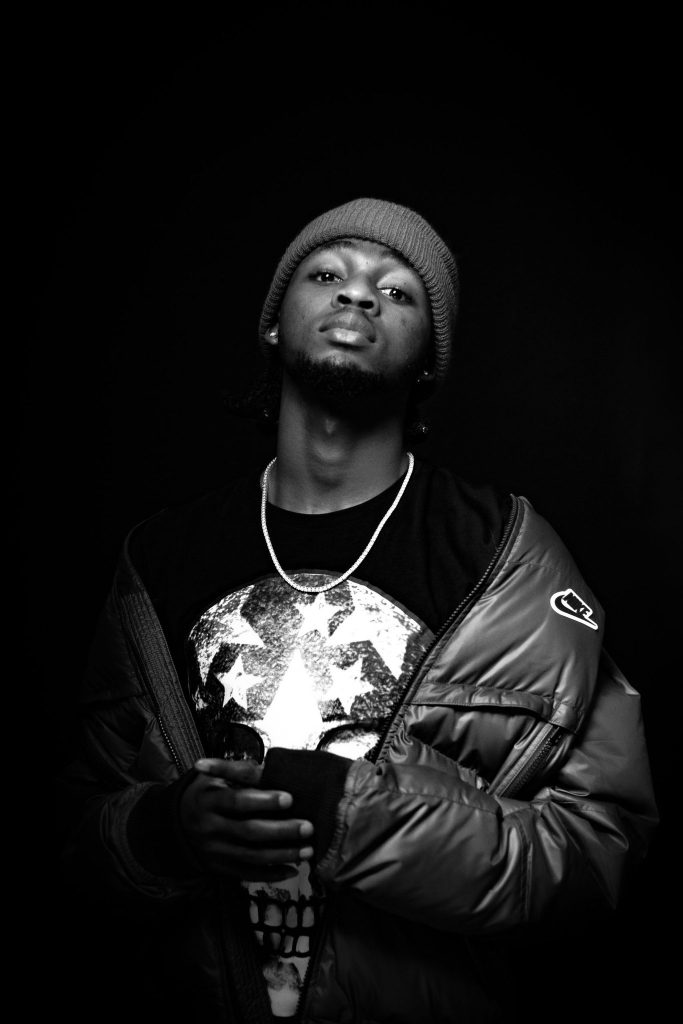 The quintessential Omah Lay comes up with the sex-flavoured, bass guitar-spiced “Bend You.” It fully embraces sex and self-praise. Omah Lay is always in his element when he sings about sex. The lyrics overlap handily to form a near-perfect story. On multiple listens, you are bound to marvel at his storytelling skill.

P-Prime produced “Woman,” continuing the story arc. Still revolving around sex, Omah Lay seasons it up with a celebration of women’s faithfulness, honesty, love, and selfless service. While it starts with a bedroom tale, Lay takes it out of the room by the second verse.

“Boy Alone” delves into moodiness, emotional unavailability, depression, and vulnerability. These themes have always been synonymous with Omah Lay, but on this project, he takes his exploration of them a step higher. The nuances are removed, and Omah Lay comes out bare. For example, on “I’m a mess,” he calls for help to solve his addiction, and antisocial tendencies. “Temptation” explores his weed addiction. “Soso” serves as a purgative release, the same as the album closer, “Purple Song.”

The album’s lead single “Understand,”  examines betrayal from Omah Lay’s girlfriend. He’s raw, bitter, and enraged in this song. From accusations, he snowballed into invoking the Yoruba deity, Sango, to punish the girl. The lyrics are relatable for anyone who has ever been heartbroken.

Boy Alone gets its title from “Never Forget.” It is a tribute to Omah Lay, a self-reflective track saturated in self-praise.  This theme continued on the guitar-spiced “Haven.”

Justin Bieber held the better half of the pre-released single “Attention,” and Omah Lay comes as a distant second. The emo type of song finds Bieber in familiar terrain.

Knowledge (Isaiah Precious) of the Ajebo Hustler gang’s incredible vocal backup adds flavour to the uptempo, Amapiano-leaning “How To Luv.” It sounds fresh, and might be a potential club hit. Soul singer, Tay Iwar’s moody vocals laid the foundation for Omah Lays’s infectious lyrics on “Tell Everybody.”

Boy Alone finds Omah Lay at his most vulnerable state. With the world just back from a lockdown, this serves as a cathartic gift. The album is brisk, fun, moody, and sexy, all in the same breath. On a first listen, the album might fail to seep in properly; however on the third and fourth play, it becomes clearer. The messenger and the message connect. At some point, it becomes tiresome, but, regardless, he finds a way to slide themes of sex, fun, and party in between the reflective tracks. 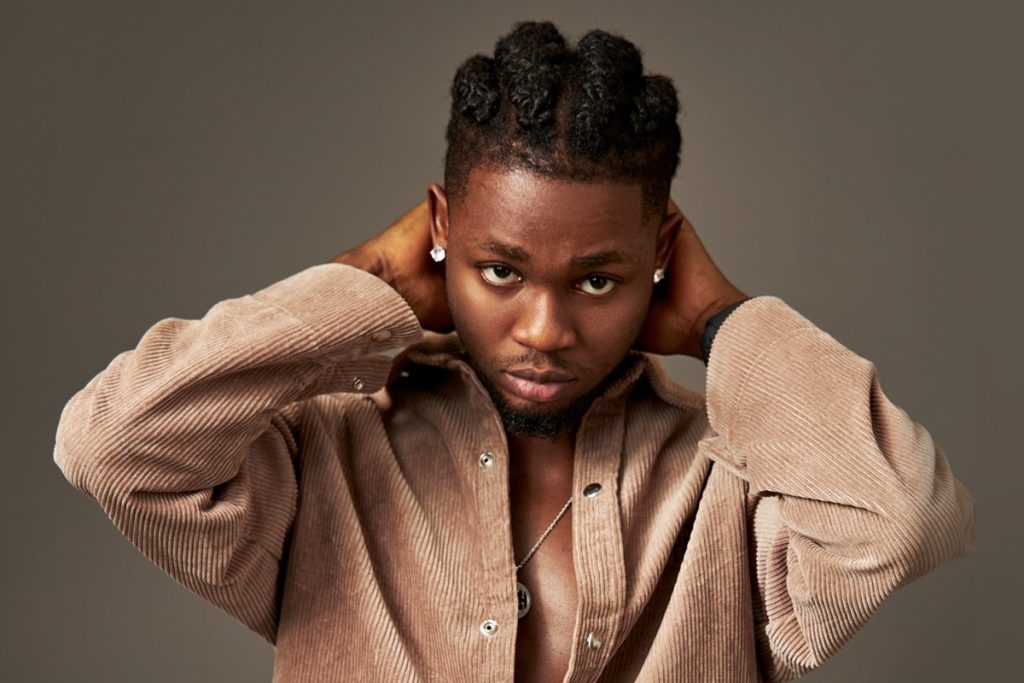 Just like the typical Omah Lay project, the collaborations on Boy Alone are limited, with some featured artistes such as Knowledge, and Adeiza Ize, functioning merely through backup vocals. Still, Boy Alone ticks the concept album mark. From the opener to the last track, Omah Lay tells appropriately-arranged stories of struggle, triumph, love, heartbreak, and fun. With Boy Alone, Omah Lay finally lets his fans into his world.