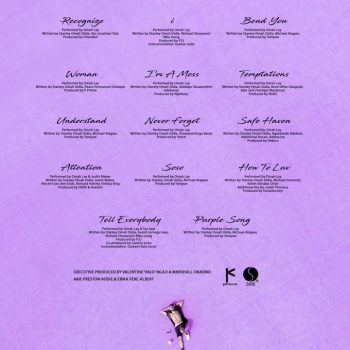 After All, Omah Lay Isn’t So Alone On “Boy Alone”

Omah Lay presents you an overview of appreciable sex, but its enjoyment comes within the range of permissible frivolity…

Boy Alone is Omah Lay’s fruit of sonic flavours, a piece of novelty that chronicles the persona’s quest for love and stable identity. First impression: the album title suggests to us a doubtful break into the entertainment industry. Given the circumstance, one expects that being in the limelight equates to being happy, gregarious and worries-free. But Omah Lay, it appears, presents a contrary position, suggesting to us that celebrity status does not render him immune to hiccups, too.

After the Bad Influence and Godly EPs, and a Next Rated recognition at the 2020 Headies, it feels interesting to be a “boy” on an album title. A rethink, though, assures us that the singer’s discretion is fair enough, that he is acutely aware of his place amongst the New Generation of rising Afropop stars where the likes of Ruger, Victony and Buju (forget that Omah Lay recently Twitter-dissed  the first two, calling them “kids”) belong, too. Then, there’s the bigger picture. In the industry, the “boy” cognomen seems to have a pseudo-political flair and a history to back it up. Burna Boy and Star Boy (Wizkid), two of Nigeria’s most sellable musical artistes at the moment, pride themselves in this affix through which they have steadily progressed upwards the ladder of fame. One of the P-Square brothers, Rude Boy, wore this badge of identity for the period of their being worlds apart. All three are blessed with trans-national grandeur.

Industry neophytes, Joe boy, and Fireboy, appear to have facsimiled this naming tradition. Or could this be mere coincidence? Or not? Perhaps the tag is, to them, a means of attracting international aggrandizement? So they could catch up with their industry seniors? One knows, at least, that on this “boy” issue, Omah Lay is not standing alone. 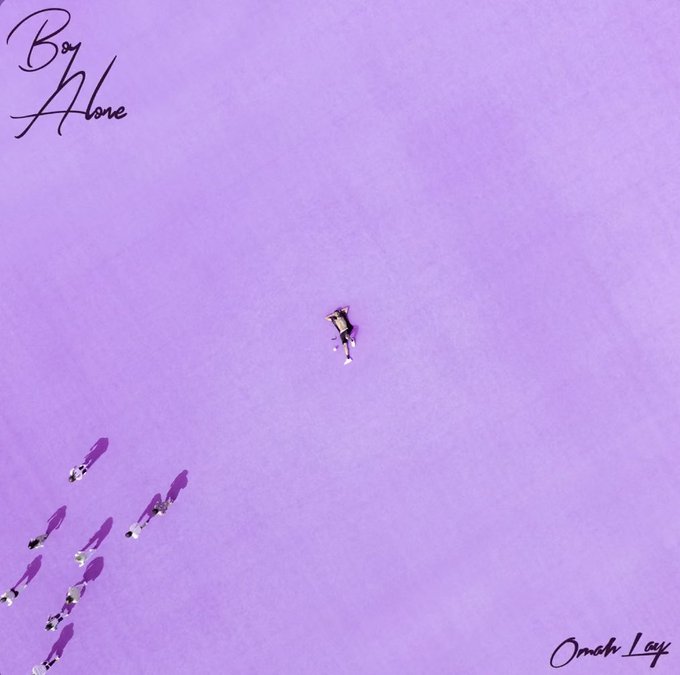 But to say that this boy is “alone” amidst an avalanche of opportunities, is a claim for the curious mind to investigate. Omah Lay wants us to believe, according to a viral video few days prior to the album release, that he has been experiencing a lot over the past months, that only a handful of loved ones have supported him through these trying times. But many social media habitués, Vawulence-motivated and mob-minded, have argued obtusely. A wealthy man, their theory holds, cannot be entitled to depression. Not when he is young, rich and handsome.

Be careful, though, not to judge the album title an emotional giveaway. First impression matters here, but not too much for a perennial stake. The same album, with a title which gives the impression of a lovelorn life, leads us to somewhere in the middle of the pack, where the persona admits that “In all of these temptations/Wey dey inside my life, you still hold me strong.” He is not as isolated and de-civilised as Robinson Crusoe, after all.

Truth is, you cannot be a believer in love and sex, in the Nigerian sense, and not be, at least, soothed by this album. Here, Omah Lay characterises himself as the willing lover who has both luxurious words with which to hoodwink a lady, and first-rate skill in dispensing sexual satiety. We see this part of him in “Bend You,” where he dares to be the lovable Bad Boy; “Woman,” where he exaggerates the profundity of his love; “Temptations,” where his ideal love sustains him through the vicissitudes of life; “Attention,” where he craves a stable love life; “Soso,” where he cries out to be healed by love; etc. You may not find his lyrical positioning as enrapturing as an Ed Sheeran or Justin Bieber masterpiece, but it is worth your patience, particularly if you have an intractable faith in Afrobeats.

This album project comes in a parcel of fourteen songs all taking turns to pay homage to selfhood and tumultuous love. His first track, “Recognize,” commences this journey of selfhood, and it is actually about the definition of oneself. This happens without any chance for equivocality. No wonder it is stupidly brief, straight to the point. He accosts his doubters and alludes to his birthplace and formative years in Port Harcourt. The monologue runs into track two, “I,” where he repeatedly disclaims a worthless, broke existence. Then there’s a hiatus on this theme of selfhood. Here opens the discourse on the fifth track, “I’m a Mess,” where he explores more shady parts of himself — mood swing, alcoholism, aloneness, self-sabotage, etc.

Flashback to the eve of his album release, when Omah Lay entertained questions posed by random Twitter fans. One Twitter user, @Iamfayzeprime, asked him which of the Boy Alone songs was mostly about him, to which the crooner responded, “I’m a Mess.” The song actually turns out the most emotionally-riveting in the pack. It is also the second most devoted to the title, after track eight, “Never Forget,” where he reflects once again on his vicious experiences, and homogenizes his existence. But while it shows the Boy being momentarily at crossroads, his journey to psychological maturity is most pronounced in track nine, “Safe Haven,” where he croons, “So I’m on the go 24/7 /I’m on the road, my safe haven/ I’m leaving fast, you can’t stop me.”

Most of the lyrics in the album are laid out effortlessly, and they act in unison to mollify the senses. Spiced with imagery here and there, they offer the getaway momentum for mental cruising. Unlike your regular party songs, these are soul-friendly and soul-searching, so even as Omah Lay makes an attempt at dirty-sex talk  in the lines “I hit that pussy motor accident/Road wey lead to happy ending” of track three, “bend you” and “Rub your buttocks/Touch your G-spot” in track thirteen, “tell everybody,” Omah Lay summons the image of a Bad Boy with pure, defensible intent. This is enough to remind you of 17th century metaphysical poets like Andrew Marvell and John Donne, particularly Marvell known to have both deified and hyperbolised the lovemaking experience in “To His Coy Mistress.” The only difference is that our own Boy is the postmodern revision of both lyrical stalwarts, engaging our sensibilities with local temper.

Omah Lay presents you an overview of appreciable sex, but its enjoyment comes within the range of permissible frivolity. Fine, he wants to have rough sex, but he is not selfish about his desires because he wants his partner satisfied, too. He says, “I put my all in till I see evidence/ For her face and her leg e dey shake.” You can only imagine this.

Omah Lay also understands that you can give up everything for love and still be betrayed by it. Love comes with the risk of being jilted, the fear of having gestures taken for granted, and this we see in “Understand” where he registers his disappointment: “I thought we were in this together/ Gave you my necklace pendant/ Gave you my last card you spend am/ I show you my best friend you friend am.” Somehow, it is a smart move to have this track lodged somewhere between positive testimonies of love. Later on, in tracks twelve and thirteen, our Boy-turned-Man, shows that despite the setbacks, he is now ready for long-term commitments. “Girlie, come show me how to love/ We get married no divorce,” he croons in “How to Love.” Together with Tay Iwar, another Nigerian sensation, he professes eternal love in “Tell Everybody.”

All isn’t said and done without thumbs-upping American singer, Justin Bieber, the various songwriters and producers for their contributions towards making this project a truly first-hand experience. Whereas many Nigerian artistes find it customary to downplay the contributions of songwriters, Omah Lay outlives this culture of narcissism, preserving a moment of recognition for Ojo Jonathan Tobi, Peace Emmanuel Oredope, Michael Alagwu, Vincent van den Ende, Bernard Harvey, Felisha King, Oluwasemilogo Banjo, Adebajo Oluwanifemi Adebanjo, Richard Oluwaranti Mbu Isong, Kyle Jack Flamigni, Kevin Mike Gbaguidi, amongst others. This, too, tells us that Boy hasn’t been alone in this long-haul project.

Adedamola Jones Adedayo is a teacher, writer, and literary arts & popular culture critic. He is particularly interested in African writings, films and music. When he is not writing, he spends his time reading, meditating, having colourful conversations or watching football. He loves to see his club, Chelsea F.C. maul other football teams. Reach him at adedamola767112@gmail.com.