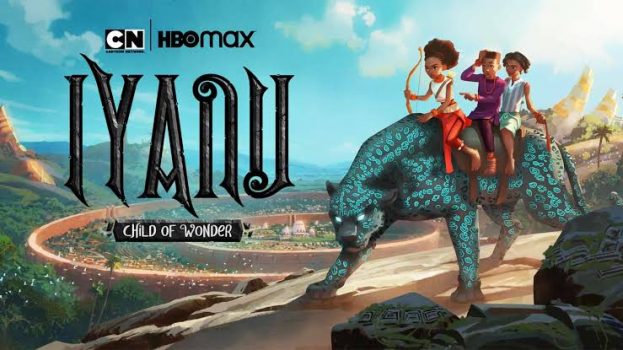 We can blame the government and the banks for this pitiable condition. But there’s enough blame to go around. We have to ask ourselves: Are we complicit? Will we patronise and spread the word about Nigerian animations or will we justify the fear that dissuades investors from putting their money on the line? …

HBO and Cartoon Network recently announced an adaptation of “Iyanu: Child of Wonder,” a graphic fantasy novel series inspired by Nigerian Yoruba myth and culture. The superhero series was written by Roye Okupe, owner and creative director of YouNeek Studios, an animation studio that creates and tells stories inspired by African history, culture and mythology. Initially self-published through YouNeek Studios before joining the stables of Dark Horse Comics, the series follows Iyanu, an orphan girl with no recollection of her past who has abilities that rival those of the ancient deities. Okupe will serve as the creator of the 2D animated series while also writing and directing several episodes. The development marks the first big landmark moment in the Nigerian animation industry since Lady Buckit and the Motley Mopsters, Nigeria’s first full-length animated feature film released in 2020. But for a people with such rich history and mythology, it also raises questions as to why these landmark moments were not reached earlier, and what might limit the industry’s ability to grow as fast as it should. 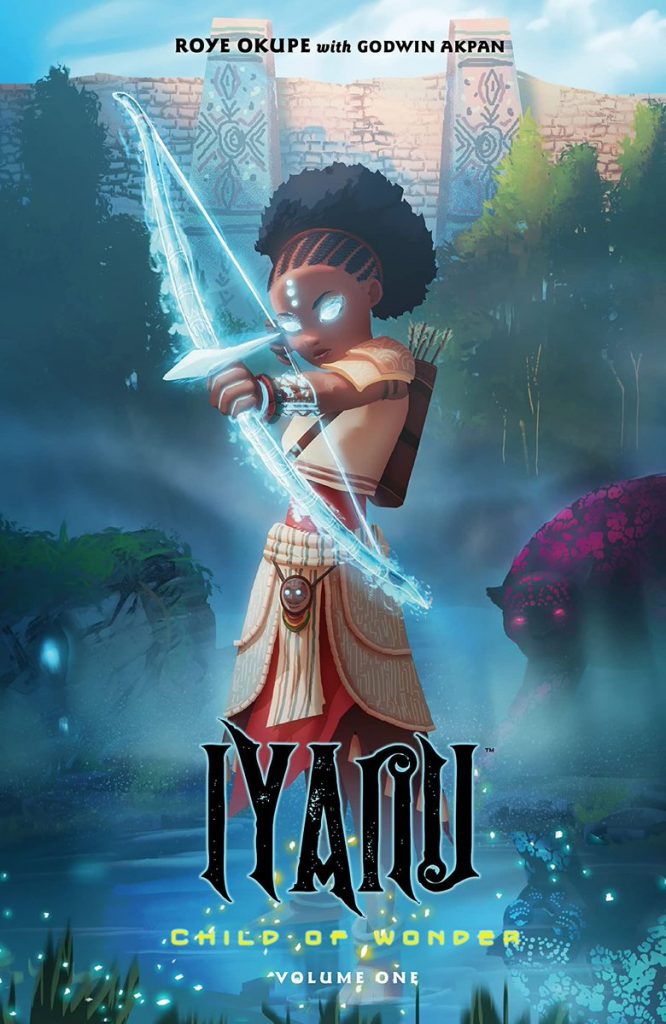 A major clog in the wheel of growth for the animation industry in Nigeria is the problem of funding. Even in 2022, with all the global attention that the Nigerian entertainment scene is getting, Nollywood still has a lot of difficulty accessing funding. The animation industry has it much harder. Speaking to The Guardian, Biodun Stephen put it this way: “It is a very expensive venture, and we are still struggling… If you go and watch a 90-minute cartoon, when you look at the credit role, you will see lots of people involved in the piece of work. Until you get the right kind of funding, a lot of people wouldn’t [venture into it]. We need an army of animators and graphic artists to pull this together.”

Animated features and series consume a lot of resources regardless of where they are being made. Take Disney, for instance, the world leader in animations. I talk about Disney because when people, including Nigerians, think about quality animations, Disney is what tends to come to mind. Disney’s first full-length animated feature film, Snow White and the Seven Dwarfs, was released in 1937/8 with a budget of $1.49 million. The studio’s sixtieth and latest animated feature, Encanto, had a budget of $150 million. But its cheapest animated feature was Bambi, with a budget of $858,000 in 1942, thanks to the financial constraints that the World War II contributed to. Lady Buckit was made on a $1 million budget. Of course, this is a paltry sum for the quality of animations many Nigerians insist on. But it is a lot of money for a Nigerian production to spend, and it is amazing how much Lady Buckit was able to achieve with the said sum, seeing as every part of the production was done in Nigeria and after two initial production failures. Top-notch animation is a particularly difficult feat to pull off in Nigeria, especially without support or investment from the government or financial institutions. In 2019, the Federal Government promised to invest in the animation industry and to create an enabling environment for local production of animation content. The industry is yet to see these promises come to fruition.

In 2015, Techpoint Africa published an article on hindrances to the Nigerian animation industry taking off. A serious concern for the author was the lack of infrastructure, including power supply. As far back as 2012, one Paul Anaba decried the challenge posed to the animation industry by the power situation in Nigeria, explaining that animations are done at one stretch without power interruptions. Almost seven years have gone by since the Techpoint article, and a decade since Anaba’s lamentation, but the story remains the same. Nigeria still suffers from epileptic power supply that makes animations even more strenuous and expensive than they already are. Again, the enabling environment promised by the government remains non-existent.

Additionally, there is a wide gap in terms of training and a scarcity of quality animation studios, with many of the local animators self-taught and unable to afford professional education. Between the funding problems and the training gaps, more animation studios fall through the cracks than those that survive. Those that have survived are still struggling to make their mark. In 2017, Komotion Studios premiered an animated short based on Sango, the Yoruba god of thunder. The short film is titled Dawn of Thunder, and it became the subject of a BBC news video which considered the possibility of Nigeria’s animation houses becoming as big as Nollywood. Komotion Studios later announced a full-length feature version which was then delayed by lack of funding and is yet to make its theatrical debut. In 2018, Niyi Akinmolayan’s Anthill Studios announced plans for an animated feature titled Frogeck, with a reported $120 million budget. Teasers were released and a director was hired, but in 2019, Akinmolayan revealed that the project had been shelved indefinitely for want of funding. 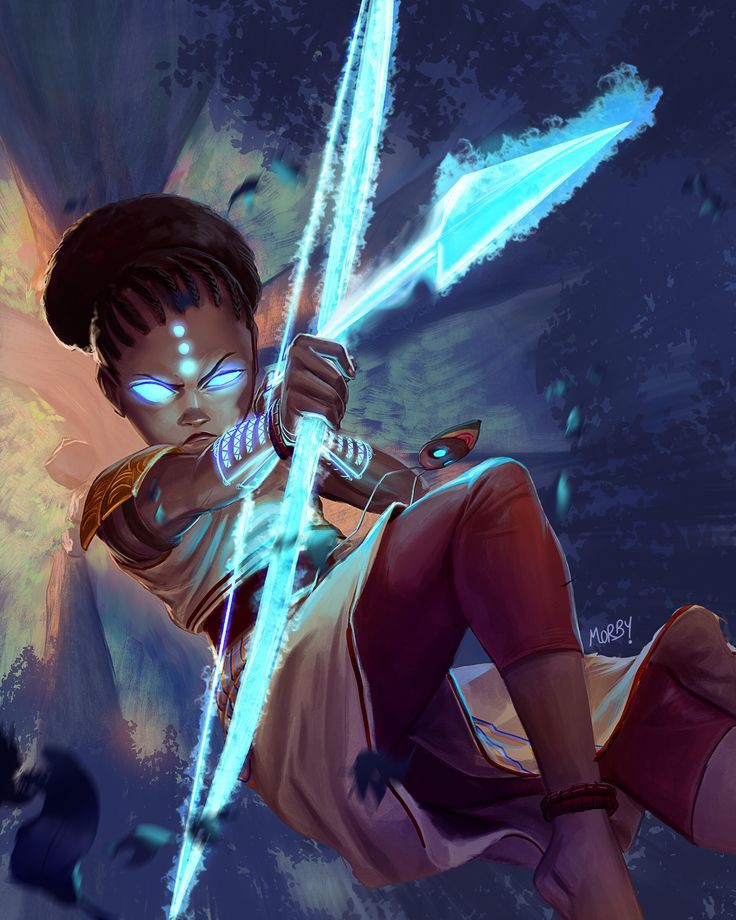 We can blame the government and the banks for this pitiable condition. But there’s enough blame to go around. We have to ask ourselves: Are we complicit? Will we patronise and spread the word about Nigerian animations or will we justify the fear that dissuades investors from putting their money on the line? In October 2019, YouNeek Studios and Anthill Studios premiered an animated pilot of Malika: Warrior Queen, an adaptation of the YouNeek Comic of the same title inspired by the legend of Queen Amina of Zazzau (in what is presently Zaria, Northern Nigeria). The animation runs for just under fifteen minutes, and while it has some glitches, it is a remarkable and impressive work. In my very personal opinion, it’s even better done than Amina, the 2021 Nollywood epic inspired by the same legend. But as at the time of writing this piece, Malika has been viewed just over 758,000 times in almost three years. Even Lady Buckit was not exactly a box office hit. And when the film came to Netflix in April, 2022, as excited as the animation industry was about the film’s release, it didn’t make the kind of big splash that a landmark film deserves. Perhaps, as an original series from a major streaming platform, Iyanu’s fate will be different (especially since HBO series often find their way to Showmax which, unlike HBO, is available in Nigeria). But that remains to be seen.

In 2018, at the Lagos Comic-Con, an animation masterclass panel arrived at the conclusion that “Nigeria is the major problem the animation industry has.” This is still true today. One thing that is clear from the myriads of challenges is that Nigeria’s animation industry is suffering from the Nigerian factor. With the absence of an enabling environment, inadequate infrastructure, and local investors unwilling to experiment with considerably untested waters (especially since the untested waters, being animations, take longer to produce and are generally more capital intensive), animators and animation studios have begun to look outside.

When Anthill signed a licensing deal with Amazon Studios in January, 2022, one thing Akinmolayan was excited about was the opportunity to explore genres like animation. YouNeek Studio’s Iyanu getting picked up by HBO and CN, as well as the show’s expected success, will very likely chart a new course for Nigeria’s animation industry — and Africa as a whole — in the same way that the rise in streaming culture has helped propel Nigeria’s film and music industries. If the Nigerian audiences somehow ignore it, the Nigerian diaspora, at least, is likely to chew it up. After all, the Nigerian audience doesn’t appear to be the primary audience here. Lion Forge Animation, a black-owned American animation studio, is reportedly financing and overseeing the series. Speaking on the project, the head of production at Lion Forge, Saxton Moore, said that the studio is super excited to be part of the project which will “usher in a new genre of animation around the African diaspora.”

Clearly, Iyanu is just the starting point, not the finishing line. Unfortunately, just as Nigerians in Nigeria are not really the primary audience, animators based in Nigeria may also not be the primary beneficiaries of the deals and opportunities to come. Regardless, a win for one is a win for all, and there’s enough time in the world for the success to go around.