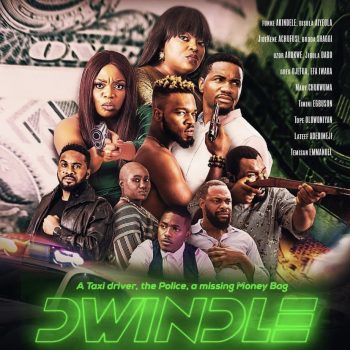 In the category of crime comedies, Dwindle is neither the best nor the worst you will see. Still, it is a definite crowd pleaser…

Kayode Kasum is currently one of the best directors in the Nigerian movie industry. However, it seems that even the best cannot avert the plague of recycled themes. This is a forgivable practice, since Kasum, in his craftsmanship, manages to give the viewers two hours of utmost pleasure in Dwindle. Dwindle highlights a few societal vices with comical facades and features the use of voodoo. The film was released on the 16th of July, 2021, and recently made its Netflix debut. Since its Netflix premiere, till the time of this review, it has retained a spot in the “top ten movies in Nigeria” category.

Dwindle is a thrilling fusion of various subplots from where it creates a connection among strangers. In what looks like a battle of pairs in Officer Tolani and Juliet, Chinedu and Buka, Black Shadow and Josiah, there is only one common interest, Governor Otunta.

One would think that being dragged into a protest, arrested, and sacked on the first day of work is probably as bad as it can get, but Chinedu had more coming for him — an overdue rent, a friend who brings nothing but trouble, and getting dragged into a kidnapping spree. After the Governor of Darkwa State is kidnapped, the officers who were assigned to him as undercover bodyguards, Tolani and Juliet, are called in by the authorities for questioning. With Officer Tolani predicting their fate, they decide to escape to uncover the truth and clear their names.

The governor, being bewitched on the eve of his illegal contract with some Lebanese contractors, asks his undercover bodyguards to give him space, which results in his kidnap. When he is to make an outrageous funds transfer in exchange for his release, he states he does not have it, which is believable as he speaks under the influence of truth-dust, which is blown on his face. This scene reveals the mastermind of this dubious plan to be Josiah Otunta, his son. Josiah is in debt to a money lender and has a 48-hour deadline to pay or risk being killed. Josiah employs the service of Black Shadow to kidnap his father and get him to pay a large amount of money, enough to settle both the money lender and the assassin. This is motivated by his desire to take revenge on his father who gave a contract he has been hoping for to the Lebanese. The plan begins to fall apart when Governor Otunta reveals he is out of funds, and Black Shadow still demands the agreed amount for the job.

Soon, we experience the bond between Buta and Chinedu. There is evidence of true friendship, although Buta comes with a lot of trouble, such as promising they would pay double rent in the coming week, knowing they are both jobless and without any savings. Trusting Kasum to deliver hilarious scenes, he presents us with a persistent landlord (Gregory Ojefua), who is effortlessly funny in his acting. Also, there is Efa Iwara whose role as Collins is mainly an advert for a mobility service company, Taxify, but is very memorable.

Broke and desperate, Chinedu and Buta attempt the taxi business using Collins’ car. In the process of this, they cross paths with Black Shadow whose bag of money they abscond with. However, they are unaware of the calibre of problem they had gotten into until they discover the missing governor in the trunk of their car. Soon, they become number one on the wanted list of everybody involved, including Black Shadow, whose mission to assassinate soon turns vengeful. 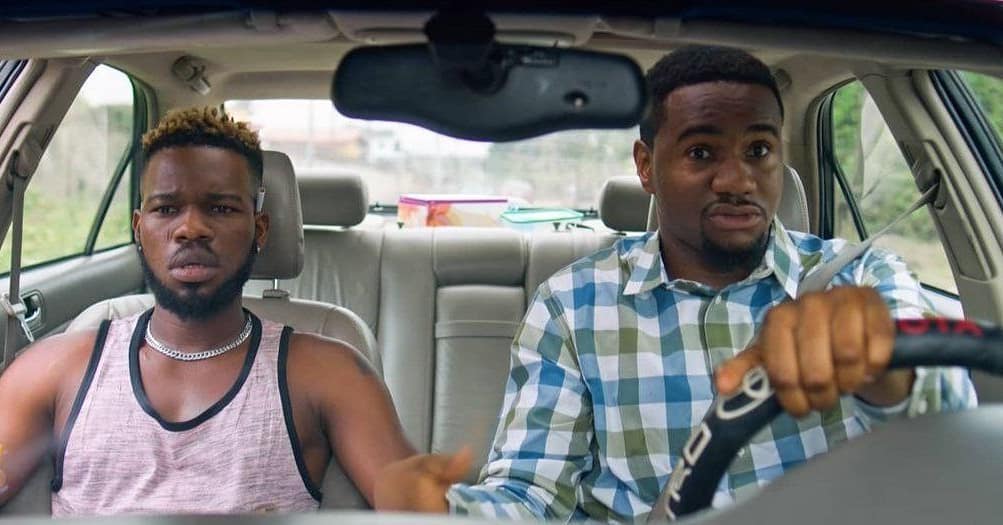 The movie starts strong, and even with the impediments of a star-studded show, which in previous times had become the doom of feature films like Chief Daddy 2, and the remake of Glamour Girls, Dwindle offers the viewers an entertaining screen time. Unfortunately, the suspense does not hold up as expected. The need to merge plots comes in early in the movie, and although lots of featured stars appear to fix the loopholes, some actions are still without justification.

Dwindle works a tightrope between serious events and comedic moments, but it can accomplish both perfectly with the help of the strong acting from the cast. The cinematography, editing, and sounds teams also deserve recognition for their efforts.

The film casts a number of celebrity cameos. And although these roles are vital to the story, there are ones a first-time actor backed by proper directing can sell. An instance is Lateef Adedimeji (Ayinla), who appears only twice to say a few words, or Temisan Emmanuel who fills a vital cameo role.

In addition, while Dwindle owns its story and builds a bridge between crime and comedy, there is a sheer familiarity you are bound to feel with its fiction. Dwindle is quite similar to a few other works by Kasum who has slowly infiltrated the new-age comedy-drama genre and is now leaving his marks on the sands of time. The film clones the money-chasing stories from Obi Emelonye’s Money Miss Road, and also Kasum’s Sugar Rush, alongside the comical attempts in Ponzi. This movie style is fast becoming a trademark of Kasum and may not stand in his favour in his next production. Comparatively, Dwindle feels like a globe of recycled ideas but still succeeds at being an entertaining watch.

Dwindle does not typecast but capitalises on originality. Although comedian, Broda Shaggi’s character is constantly typecast, in Dwindle, it works. Buta is Broda Shaggi’s perfect model and complements his calculated and ambitious friend, Chinedu. It also goes above and beyond by casting the calm-looking Uzor Arukwe as Black Shadow. The character of Black Shadow works well in this crime thriller, side-by-side with Mary Chukwuma, who says little to nothing and still delivers perfectly. And while Josiah seems like the usual typecast of Timini Egbuson, it comes with a beautiful twist. 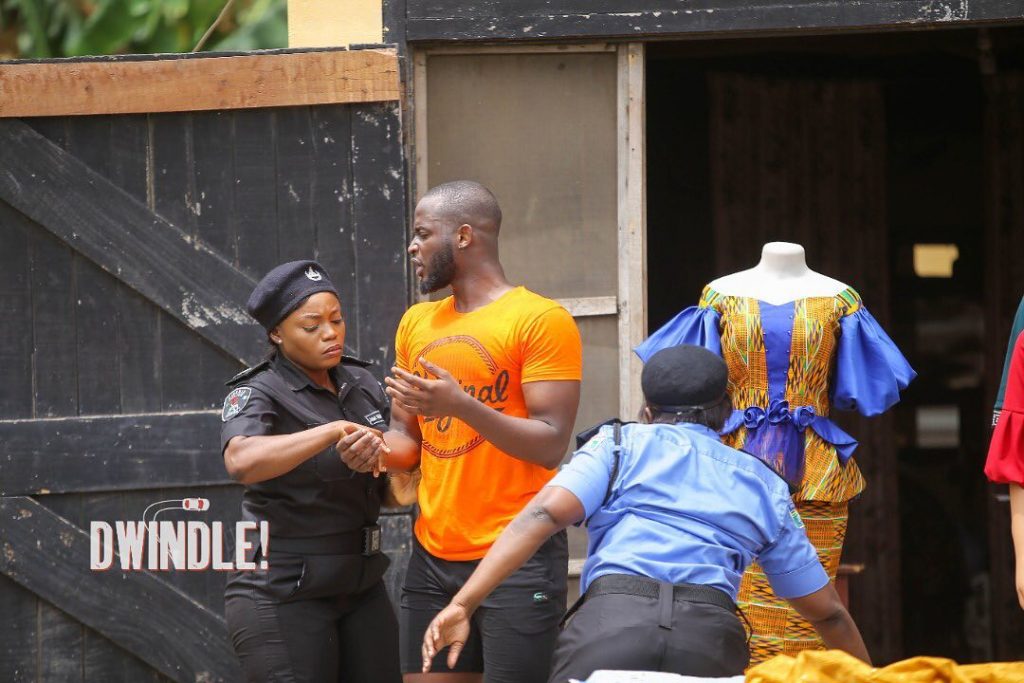 In the category of crime comedies, Dwindle is neither the best nor the worst you will see. Still, it is a definite crowd pleaser. Almost everything in Dwindle works so perfectly that one is likely to ignore its flaws. After seeing the duo Kayode Kasum and Dare Olaitan work together in Ile Owo (House of Money) and Dwindle, I do not doubt their genius minds. I am excited to see another production by this duo, hopefully, something newer and unrefined.

(Dwindle is currently available on Netflix).