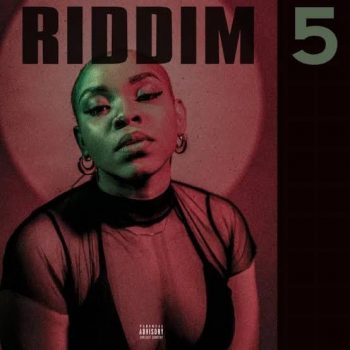 After strutting the airwaves and dominating parties in 2021, she returned with a project two days ago. Fave’s Debut EP tagged Riddim 5, is a build-up on the successes of her “Baby Riddim” single…

Just like most kids from Africa, GodsFavour Chidozie started honing her musical skills from the church. At age six, she became a regular in the church, singing, attending rehearsals, and memorising her musical notes.

This process led to her scribbling down lyrics and belting out vocals. At age 9, she took the likes of Nigerian singer, Tiwa Savage, and American singer, Rihanna as role models.

At the age of 19, she released her debut single M.O.M.M.S which translates to “Me Or Mask My Sins.” It coincided with her taking up of her stage name, Fave, culled from her full name “Godfavour.” While the single failed to elicit much excitement from the larger audience, few listeners knew they were in for a good time from Fave.

During the 2020 COVID-19 lockdown, the self-proclaimed Lagos first son, Jinmi Abdul, released a free beat for artists to jump on. Fave was one of the few who explored this, and her freestyle video went viral. Through this, fans urged her to make it a full song. Her performance has also caught the attention of Mr Eazi (emPawa Africa Program), singer Adekunle Gold, producer Chopstix, and The Plug Entertainment co-founder, Bizzle Osikoya. In April 2020, she released N.B.U as a single, to minimal impact.

In late Q1 2021, Fave featured on two tracks off rapper and music executive Olamide’s twelve studio album UY Scuti. The two tracks “Want,” and “Pon Pon,” have become a reference point whenever conversation about the album comes up. One dominant feature of the two songs is the Caribbean effect, the sensuous and laid-back lyrics; these elements featured prominently in Fave’s artistry.

Three months after Olamide’s experimentation, Fave dropped the Damie-produced laid back and saccharine flavoured “Baby Riddim.” The song has been the go-to song for women on Facebook and Instagram stories.

Fave has been the best friend of the single and lonely men and women, and her message serves as a consolation for the better days. For the engaged ones, it reinforces their feelings or “situation.”

With support from Mr. Eazi’s emPawa Initiative, Tumblar, music, and the Internet, Fave has become a sensation, and she has appeared on various publications’ next-to-blow lists. While still domiciled in Delta/Akwa Ibom South-South Nigeria), her music has travelled all over the globe. Her breakthrough single “Baby Riddim,” charted in 22 countries while coming top in 9.

After strutting the airwaves and dominating parties in 2021, Fave returned with a project two days ago. The project which she tagged Riddim 5, is a build-up on the successes of her “Baby Riddim” single.

Riddim 5 is a deep dive into the emotional rollercoaster called love. It demonstrates Fave’s ingenuity as a songwriter, coupled with her soft vocals and experimentation on Caribbean sounds and vibe.

The opening track “Obsessed,” sets the tone and alludes to Fave’s penchant for drama and quasi- threatening lines:

You leave, I want to follow you there/
You miss a call, my heart e go tear/
Me and you
We are
Deeply connected oh oh oh/
You say a thing, I hear it different.

Obsession is a strong word. For Fave, saying what she feels has never been a problem. While she is madly in love with the guy, she chips in her fears.

Will you leave me for someone else? I hope you won’t ignore my call.

For someone in the Gen-Z bracket of the population, issues like this always come up. A lot of girls find it difficult to love fully or be expressive with their partners. Fave doesn’t belong to that circle.

The hype man on the song gives the song a club-like mode. On a deeper level, It added more flavour to the track and served as a perfect opener.

Fave is renowned for exploring abbreviations as song titles; the ardent listeners would always get the full meaning of the song. On the guitar-powered track, “S.M.K,” Fave is inquisitive about what her partner wants, the title which translates to “Shey Oma Korin,” (Yoruba for “Will you sing for me?”) builds up on the opening track. However, the instrumental becomes fleetingly chaotic at the latter end of the track.

Contextually, a the meaning of “Kilotufe” is ambiguous, but in this song, Fave seems to be asking questions to her naysayers. Her guards are let down, and this time around, she goes for the kill.

Fave’s ability to paint with words might have been the least appreciated quality of her craft. When she says “Things you can not say with your mouth, will you say with your hand,” on Mr. Man, the listener’s mind is bound to go on a journey. 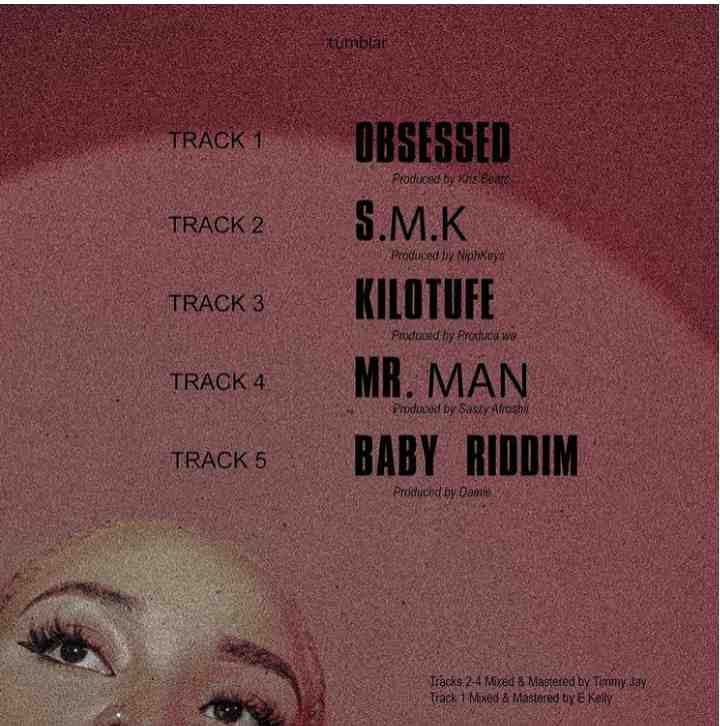 Touch has always been one of the ways of expressing love, and for Fave, a man who can’t express himself should endeavour to make use of his hands.

Barring her disastrous Yoruba pronunciations, Riddim 5 is still a beautiful outing for the 21-year-old singing sensation. This project serves as a way of solidifying her expanding profile in the music industry.