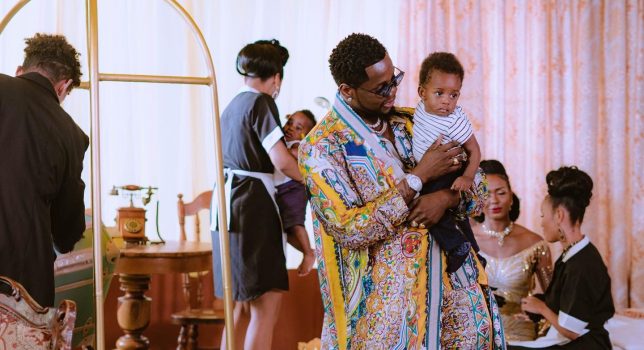 Don’t Sleep, Wake Up! How Afrobeats Motivates Listeners to Aspire for Success

So when the lines, Don’t sleep, wake up. Collect your money! (Kizz Daniel in “Buga”), or, person wey no work,  tell me how e wan chop (Asake in “Nzaza”), and …but you must hustle if you wan chop (Ayra Starr in “Rush”), come on, it sounds like a call to stay on course, a reminder of the impending doom of a sluggard.

As much as music can entertain, it also inspires and motivates listeners. Afrobeats has become a culture that finely balances all of these. A few days into the new year, sensational Afrobeats artiste, Kizz Daniel, released a new single, “RTID (Rich Till I Die),” an apt and timely song with the right kind of positive declaration to start off the new year.

Daniel, on this track, resolves to be rich and successful. No matter the matter o, I’ll be rich till I die. As trite as it may seem, it has become almost a tradition to reflect on a new year with renewed optimism, and music is one of the ways that helps in conveying the sentiments of starting afresh or ticking the boxes left unchecked from the previous year. But above all of these, one thing that is always certain in these resolves is to make more money. To “keep grinding,” and to “keep up the hustle.”

Every January since 2014, Nigerian singer, Jaywon’s “This Year (Odun Yi),” has renewed airplay. This familiar song for new beginnings has a similar theme of optimism that trails the beginning of a new year, where the artiste positively declares the new year is one for making money and proverbially announces the year as one for stability. In 2021, “Sapa No Fit Catch Me” by Nimix and Philipiano trended heavily.

Sapa loosely translates to a state of being broke, and motivating lyrics such as money go dey on ground, is an affirmation of the state listeners want to be in. As cliches become cliches for a reason, there is a reason why there is a prevalence of the themes of striving for material wealth, with lyrics that detail the grind and determination needed to achieve financial success. And viewing this occurrence as Afrobeats music grappling with present economic situations would not be further from the truth.

Nigeria’s gripping economy continues to affect both the affluent and the common man. Despite being one of the largest economies in Africa, Nigeria has faced an economic decline in the past ten years. As inflation rises and citizens grapple with one recession after another, the songs about hustle and grind are relatable to all, in spite of class and social group. As the middle class continues to shrink, due to the rising cost of living, the difference between the rich and the poor becomes very obvious.

To use colloquial terms, there is a separation between “living in the trenches,” and “living the soft life.” For the poor, it is striving to break the circle of poverty and hoping for a big break, and for the rich, it is to be stable enough to not be bothered by the austerity of the economy.

When Burna Boy on “Dangote” sings that Dangote still dey find money, who I be wey make I no go find money, name-calling Nigerian billionaire, Aliko Dangote, Burna Boy alludes that wealth is never enough, and one must continue to strive for wealth so as to always measure up. Teni sang about existing in a loop of success in “Hustle,” and the toll that keeping up with expectations takes on those at the cusp of fortune. Yet, she continues with na this hustle I dey, despite the hustle becoming overwhelming.

Artistes study their environments, and they are certain that lines and themes about the hustle and grind are sure to strike a chord and increase their replay value. Several studies have also found a correlation between music and motivation. One study suggests that music can support learning, become rewarding, and provide the right amount of motivation to try out new things. Another examines the ability of music to increase productivity and job satisfaction.

Without a doubt, money affords one security and control, and it is enough motivation to keep on striving. Music helps with this. So when the lines, Don’t sleep, wake up. Collect your money! (Kizz Daniel in “Buga”), or, person wey no work, tell me how e wan chop (Asake in “Nzaza”), and …but you must hustle if you wan chop (Ayra Starr in “Rush”), come on, it sounds like a call to stay on course, a reminder of the impending doom of a sluggard.

But these themes and lyrics about striving for success should be taken with a grain of salt, and as much as music can motivate, it can be a doubtful advantage and become a tool for ridicule. In times when economic and social inequality is all the more obvious, there is only admiration for the rich, and those that are lacking are looked upon with contempt.

This is a situation that, for the feeble-minded, can cause feelings of inadequacy or dissatisfaction with their own financial status, and a willingness to go to any length to acquire wealth. To paint a clear picture, think of the song, “Money” by Zlatan and Davido. While the theme of the song is about having wealth, it goes further to jest about the poor having a certain recognisable default disposition, and about money being the penultimate thing. Say, I no wan look like person wey get money wey no get, omo ope, na money dey stop nonsense. The whole song surmises that one must do anything, by any means necessary, to accrue wealth.

“Wetin We Gain” is arguably the best project ever put out by Victor AD. In the young adult anthem of 2018, the song explored the black tax, societal pressures, and other social issues. Yet, the line, If we no make money, wetin we gain o? left a longer-lasting impact, as if to ask, “what is life’s value without money?” When Davido sang of an estranged lover in “Fia,” the line that struck the most was the said lover’s rebuff due to his financial state: But you say, ‘if you no get money, hide your face.’ One might argue that shame can be a good motivator for self-improvement, but this can also perpetuate vices in the name of “hustling.”

We can draw examples from how the rise in the role the music industry has played in the increased rate of cybercrime in Nigeria, such as when Olamide venerates Internet fraudsters in the song, “Loading,” and encourages others to work just as hard as these fraudsters do. It is the same way Nollywood movie producers have been accused of causing an upsurge in ritual killings due to the way such themes of the quest for material possessions are portrayed in movies.

(Read also: The Increased Rate of Cybercrime in Nigeria and the Role Music Plays in It)

Nevertheless, there are themes that share the message of hope just as much as they inspire, or perhaps giving hope and inspiring are one and the same. When RudeBoy from the P-Square duo sang “Reason with Me,” the song was casually termed the “broke men anthem” because it emotively resounded the commonplace phrase of not despising the days of humble beginnings. Reason with me. If I no get today, I go get am tomorrow. Simi’s “Aimasiko” rendering was more laid-back, encouraging patience and perseverance while still expectant of a big break.

Again, cliches. Ultimately, one cannot deny that these themes are people’s lived experiences and everyday reality, and there are neither saints nor sinners when Nigerians are just striving.

Sybil Fekurumoh is a senior writer for Afrocritik. Connect with her on Twitter and Instagram at @toqueensaber.