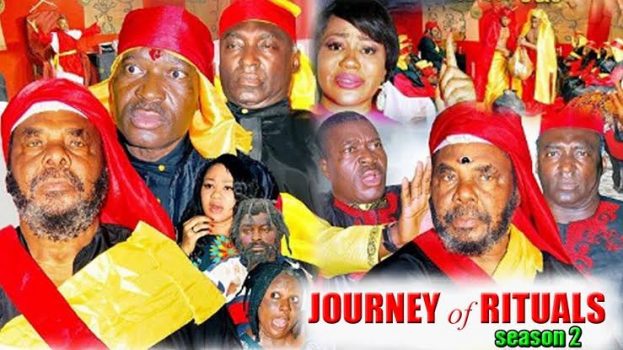 Ritual Killings in Nigeria: Can Any Responsibility Be Attributed to Nollywood?

Nollywood has been accused in the past of being influencers and promoters of crime and ritual killings in Nigeria, but in recent times, these accusations have taken flesh

In June 2021, when veteran Nollywood actor, Kanayo O Kanayo faced attacks on social media from trolls who linked his real life to his role in movies, and assumed him to be an actual blood money ritualist, he responded saying that he was not one, and those accusing him of being one were at liberty to do it themselves.

From a Nigerian standpoint, a money ritualist is one who kills and gives blood and human body parts to in exchange for wealth. In most cases, victims are usually dead with their essential body parts gone. Nollywood goes ahead to paint graphical pictures of what the supposed scenario would look like, and a story is built, usually, around a poor man in desperate need of financial assistance who is led to the cult by a friend. In most cases, he gets very rich, but leads a lonely and sad life. In the end, he usually dies when he is unable to continue the ritual or tries to leave the cult.

Kanayo who has starred in many blood money-themed movies from as far back as 1997 gained fame off the typecast of a greedy, money-loving man who always ended up joining a cult and performing money-doubling blood rituals. His first major role was in Blood Money where his character was made to use his only son for money-making rituals. Others of his popular ritual-themed movies include Living in Bondage, Sudden Riches, Desperate Billionaire, Cry of a Virgin and Father of Sacrifice, which earned him the nickname “Nna anyi Sacrifice.”

Ace actor, Yul Edochie, had also brought to light the overwhelming messages young Nigerians had been sending to him on social media about their interest and readiness to make quick money through fetish acts. He publicly stated his detachment from any form of involvement in money-making blood rituals or any other fetish acts. He clarified that his movies were just an interpretation of his scripts and not real, neither were they meant to motivate young mind to do these rituals.

Yul, a talented actor popularly addressed as “Eze-Ego” also happens to be the son of veteran actor and broadcaster, Pete Edochie who is also famous for his roles as not just a blood ritualist but as the head of the occultic groups in most of the movies he has done. Drawing a link on the Edochie family’s ability to perfectly interpret these roles, it is not a surprise that many Nigerians assumed their real-life involvement in blood rituals and cultism. Many actors continue to make it clear that they just happen to be good actors, interpreting their roles in the story given to them, and are not actual ritualists.

Recently, Ayobamidele Ayodele, a kidnap suspect nabbed by security operatives in Ogun state for the abduction of a six-year-old, Ebube Eze, confessed that he had learnt about the act of kidnapping by watching the films of Nollywood actor, Zubby Michael. According to a report, Ayodele said, “Zubby Michael is my favorite Nollywood actor and he is good at kidnapping roles. I decided to try out some of the methods used by Zubby to kidnap children and adults in the movies. I started by visiting several schools around Ojo to see the possibility of picking children without anyone noticing”

Again, recently, three teenagers were arrested in Ogun state for beheading and burning the head of one of their girlfriends, Rofiat, for money ritual purposes. The boys who were said to be between the ages of 17-20 years were arrested performing the inhumane act after a tip-off was received by the Police from one Segun Adewusi, a community security guard.

Nollywood was recently accused by music icon, Samklef of being instigators of these acts, due to its numerous movie productions with its flagrant and consistent themes as well as scenes of ritual killings, aided by magical and spiritual devices. This concerns especially those in the late 90s and early 2000s featuring the likes of Bob-Manuel Udokwu, Pete Edochie, Tony Umez, Clem Ohameze, and many more. 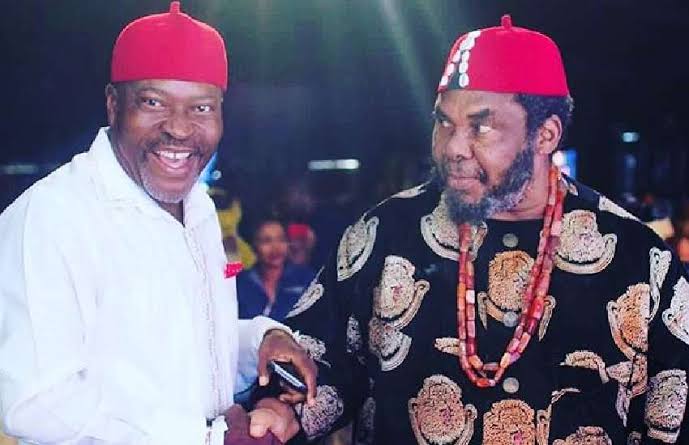 Over the years, Nollywood has made a large profit from filmmaking. A research carried out by Osakue Stevenson Omoera at the Department of Theatre & Media Arts in Ambrose Alli University, Nigeria  has shown that a good percentage of these movies contain crime scenes and influence young minds negatively. Many young people are now misinterpreting cinematic fiction with its money ritual and cybercrime tropes, and rather than despise these acts, are embracing it. Nollywood has been accused in the past of being influencers and promoters of crime, but in recent times, these accusations have taken flesh.

According to a recent survey by Macrotrend, crime rate has heightened in recent times, evidently — amongst other reasons — because of the lack of visual regulation and censoring on children within certain age brackets. Parents now let their children watch all movies, exposing their impressionable minds to misdeeds. The desire to live largely is slowly destroying the youth. We have spent so many years pointing accusing fingers at technology and social media for the increase in the spate of crime in Nigeria; only now do we face an even greater threat: the affiliation of technology and Nollywood.

However, Nollywood has denied any ill-motive or misconception of its art. In an interview on January 31, 2022, with AIT news on Security Scope, veteran actor and lawyer, Kenneth Okonkwo spoke on the roles, duties and motives of Nollywood. According to Okonkwo, “the role of Nollywood is to entertain, educate and inform.”

The actor who remains famous as “Andy,” a name he got after he played the character in the popular 1992 thriller drama Living in Bondage, where he kills his wife for money rituals and gets haunted till he confesses, said, “Nollywood only exposes what is happening in the society, we are not encouraging rituals, we are just exposing them and sending out a warning.

When a movie is made, the target is not the content but the message being passed and in most those ritual movies, we let people know the consequences of the ritual. The most famous ends are; the person involved runs mad, goes to jail or even dies.” Young people shut their eyes to these messages and only focus on the temporal wealth out of greed and lack of contentment.

According to Okonkwo, Nigerians are curious and thereby responsive to movies that showcase the underworld, and in the industry, when a particular theme is in high demand, the production rate doubles. He said, “Because ritual-themed movies seem to be getting traffic, every writer in Nollywood begins to formulate and construct stories to lead to that end.”

Comic Nollywood actor, Okon Lagos earlier this week expressed his worries about the increased rate of ritual killing amongst youths. Through his Instagram page, he encouraged parents to pay special attention to their male children, and desist from mounting unnecessary pressure on them.

Speaking on the very disturbing development of boys butchering their girlfriends for money ritual purposes, the actor made it known that prior to now, these rituals were mostly done by older men, and usually during elections, but that nowadays, vibrant young boys who ought to be in school or working towards their future now want the easy way out, the quick money way. 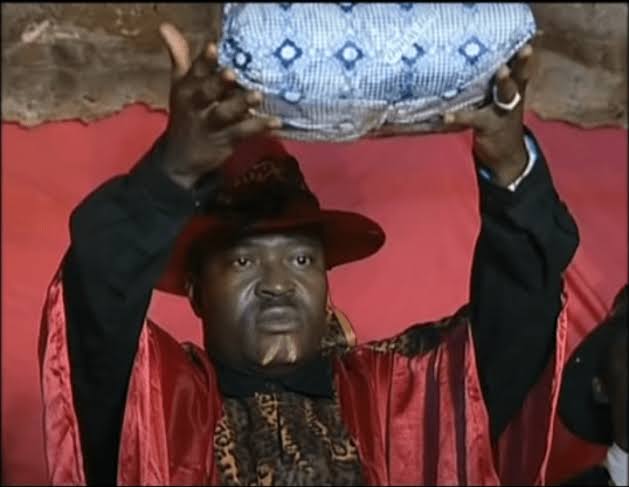 Unfortunately, Nollywood seems to not be the only industry motivating these acts. We also have the music industry to blame. The Nigerian music industry, as well as its film industry, needs better regulation and control. In 2018, musicians, Victor AD (“Wetin we gain”) and Olamide (“Logo Benz”) had their songs slammed by OAPs and other Nigerians for endorsing blood money and encouraging their fans to participate in such misdeeds as implied in their songs. The artistes’ motives might be clear, but their message seems to be blurry, and young minds are quick to grab what they want from any content and throw away its actual meaning.

For the movie industry to curb this rising menace of ritual killings and kidnapping, movie practitioners should make it a point of duty to regulate more strictly the content and quality of films produced.

The regulatory bodies and practitioners should focus on creating content that would do more to sensitise the consumers on the repercussions of indulging in criminal activities, as well as send out disclaimers as to what their content is about.

In addition, social media has long become a global technology with the power to fix the current situation and build a more positive angle on life and living. However, when social media is misused, it has proven to be destructive. Most Nigerians reposted the viral video, calling out girls to stick with their “broke” boyfriends to avoid being victims of such rituals.

The seeming light-heartedness which greeted the news only goes to endorse and justify these crimes. But the truth remains: anyone can be a victim, not only greedy girls; children, as well as boys, are and have been victims, too.