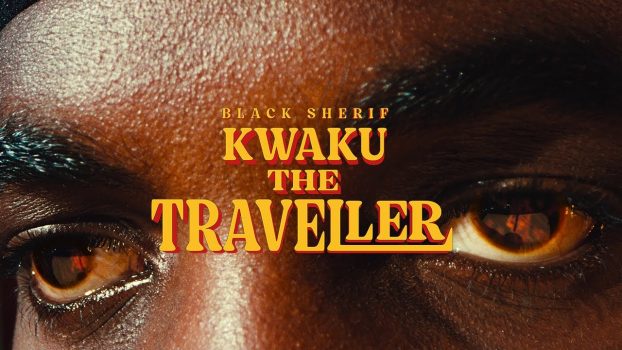 Fans only got very little of Sherif’s passionate and theatrical side this time, which was rather disappointing. For a gifted artiste who’s already competing at the very top level, this video is unacceptable…

The African music industry is moving at break-neck speed these days, and can now in some ways be likened to a hamster’s wheel. New musical contents are becoming increasingly in demand more than ever. Because of this, songs and other musical contents have very short shelf life in the hearts of fans and listeners. This puts artistes and labels constantly on their tippy toes in a bid to keep up with this highly demanding and competitive market. Top artistes can no longer afford any sloppiness or slips, otherwise they do so at the expense of their highly-coveted spot.

When a great song like “Kwaku the Traveller” is released, excited and passionate fans immediately begin to put images together in their head, of how or what the video for the song ought to look like. If the video for a hit song like Sherif’s tarries longer than necessary before it is released, there is the tendency for these fans to lose interest, as the anticipation wanes with time. Impatient, content-starved fans continually yearn for something fresh, and in order to satisfy their cravings and desires, they become preoccupied with some other exciting and interesting musical prospects or contents coming their way, from either established acts or emerging ones. “Kwaku the Traveller” video comes relatively late, and the extent to which it is generally satisfactory is questionable. However, had it been released closer to the time of its release, the video might have been analysed with less critical eyes.

Shot with old-fashioned cinematographic techniques, this video is as bad as they come.

I was utterly embarrassed and, quite frankly, shocked at some of the clips and shots that were taken by the video director, David Nicole-sey. It’s sadder that this is happening in 2022.

There were lots of terrible decisions made by Nicole-sey, and I could immediately tell, after reading his lengthy explanation of the story and concept behind the visuals, on YouTube, that he knew he had done a terrible job. A good story or concept needs no explanation; consumers would automatically figure it out for themselves.

0:52 seconds playtime sums the entire video up. A confused Sherif is seen walking out on the press while at the same time trying to avoid contact with the camera. The positioning of the camera was so bad that you could see Sherif’s facial reaction as he struggles not to look directly into the camera. This could probably be because the place was a little too tight and possibly choked. 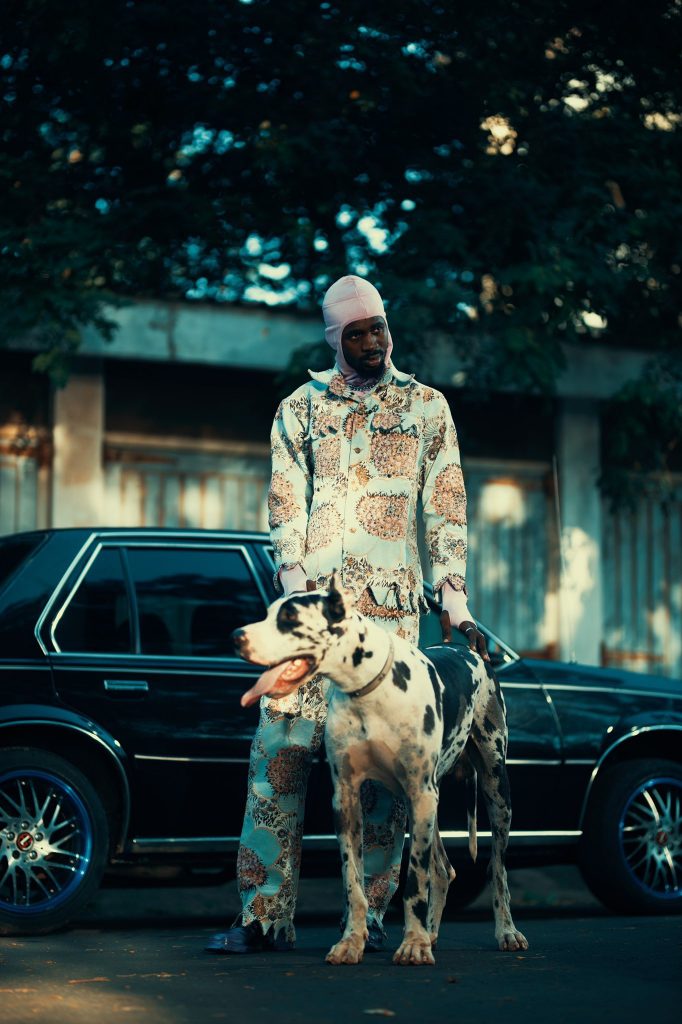 This also happens at 0:56 seconds playtime as Sherif leaves the scene. The last time I saw an abysmal camera angle and positioning like that was back in the era of old Nollywood movies. It felt as if the director simply took cuts from his master take — which he had positioned strategically or not in the room — and decided to include it in his final edits.
I was also unimpressed with some of the retro vibe concept that was adopted in the video. Interestingly, it was not a problem of what was used, but how effectively it was used in the video. The song was a bomb waiting for this video to detonate it. It failed. Compared to Sherif’s “Second Sermon” remix video, quality dropped significantly. However the director did redeem himself a little with some impressive shots. A fluke? Perhaps. 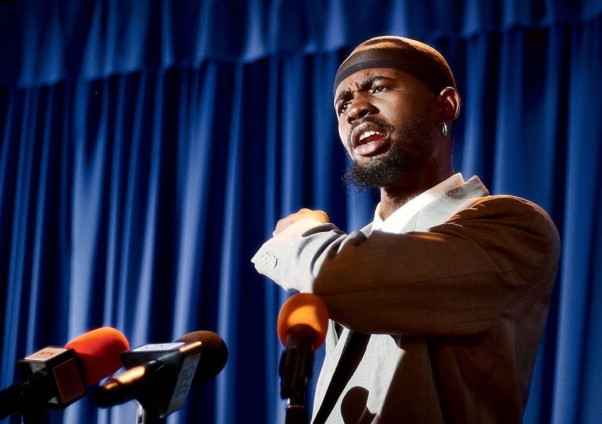 At 2:52 playtime, the director dollies in on what appears to be a lady dressed in a glowing wedding gown, standing at the centre of a basketball court. Other beautiful shots were taken at 2:57, 2:58 and 2:59 playtimes, where Black Sherif is doing some runs on a treadmill as security officers storm in on him and carts him away. A little comic relief amidst all the chaotic shots was where the Ghanaian singer raises a fork to the crowd at 0:36 playtime for the pun line “of course I fucked up, who never fuck up hands in that air.” A funny shot indeed.

Another scene worth mentioning is that at 1:10 playtime where Sherif is seen in a room with what looked like four spiritual guardians dressed in red apparels attempting to deliver Sherif from his spiritual battles. Sherif is seen shaking his head profusely and uncontrollably while kneeling on the ground as these women attempt to rid him of his demons.
Fans only got very little of Sherif’s passionate and theatrical side this time, which was rather disappointing. For a gifted artiste who’s already competing at the very top level, this video is unacceptable.

Although hailed by American producer, Timbaland, as an impressive work, the video has failed to reach number one on YouTube’s top trending videos. With the way things are, I doubt the possibility of this. I however would want to believe that both Sherif and his management are working on shooting a second video to rectify this calamity. In all, “Kwaku the Traveller” is a phenomenal track.

Omowale Michael Bokinni is a trained Cinematographer and screenwriter. He is an alumnus of the prestigious Royal Arts Academy Lagos. Passionate about all things music, movies and entertainment in general. He is also an actor who has featured in a number of Nollywood movies, the most recent being, the Royal Arts blockbuster “Bitter Pill.” Instagram @omowalebokinni Twitter @bokinnio