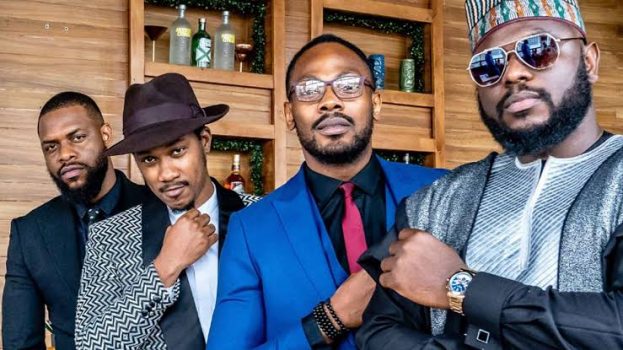 The Men’s Club: Will Ayoola’s Exit and Pere’s Entry Cost the Show its Fans?

Although fans of The Men’s Club did not seem to question Pere’s acting abilities, they were mostly driven by loyalty to Ayoola and the Garba character he had given much life to…

Replacing an actor is nothing new on television shows due to their mode of continuity. Production and shooting can go on for years, based on enthusiasm from the viewers, amongst other factors. An actor can be replaced due to their death, illness, unavailability to shoot, and the expiration of their contract.

TV series also referred to as soap operas is an angle of filmmaking whose existence is solely based on its popularity, which is gauged by TV ratings. It is defined by itsmarc.com as “a group of programs created or adapted for television broadcast with a common series title, usually related to one another in a subject or another way.” TV series, unlike feature films, are usually created with open-ends, without a measure or number of predetermined episodes.

Following the production methods of TV series, many actors are cast and employed due to the series’ expansive model of broadcast. Nollywood TV series date back to the early ‘80s with popular series aired on Nigerian Television Authority (NTA) such as Tales by Moonlight created by the then Director of Programmes at NTA, Victoria Ezeokoli; and Tales by Moonlight, a 30-minutes kiddies’ show aimed at promoting African folktales.

In the ‘90s, we had Wale Adenuga’s production with the comedy series, Papa Ajasco and Company, and by 2001, Super Story began to air, running for 18 years (2001-2018). The series has become the longest ever running Nigeria TV show, as a result of its unique format of storytelling and viewer engagement.

The structure applied to scripting a TV show differs from that of a movie. While movies have a clear beginning, middle and ending, TV shows are vaster because they give room to multiple concepts, characters and story arcs divided across episodes and seasons. TV shows are also more engaging because their short run time ensures that even when the scheduled story is analysed, it is not neatly sealed off, therefore building suspense for the next episode.

As intriguing and captivating the mode applied in delivering TV shows are, it still tends to face lots of challenges, and most of them are trivially destructive, capable of killing the credibility and resourcefulness of the show. For Nollywood, lack of quality control and piracy are factors that have visibly stunted the growth of the series industry.

We also encounter problems such as the growing lack of historical and cultural impact as seen in Tales by Moonlight, which after running from the ‘80s to ‘90s, fizzled out and returned to screens in the 2000s, but this time as a watered-down version of the original, losing audience engagement in the process. African folktales were also no longer exactly the thing anymore.

Another major problem, and one that concerns us here, is in the case of recasting, the pull-out or replacement of actors from a TV show as reviewed in Red TV’s The Men’s Club. 2021 ended with a viral online fuss faced by Red TV when they announced their replacement of the Aminu Garba character, formerly played by Ayoola Ayolola, with Big Brother Naija finalist, Pere Egbi.

The Men’s Club, shortened as TMC, which premiered in October 2018, is a TV series produced by Urban Vision Productions. The series centres on four friends as they try to navigate their lives, businesses and romantic relationships. Starring the likes of Ayoola, Baaj Adebule, Efa Iwara and Daniel Etim Effiong.

TMC had won over the viewers with its good scripting and delivery. The YouTube-based series perfectly selected its cast and carried the viewers along from 2018 to 2021. Before the announcement, the series was discontinued briefly. To manage the curiosity of fans, however, the show’s writer, Dami Elebe, wrote a Christmas edition of three episodes. After a lengthy break, the series director, Tolu Odunsi, announced the replacement of Ayoola. 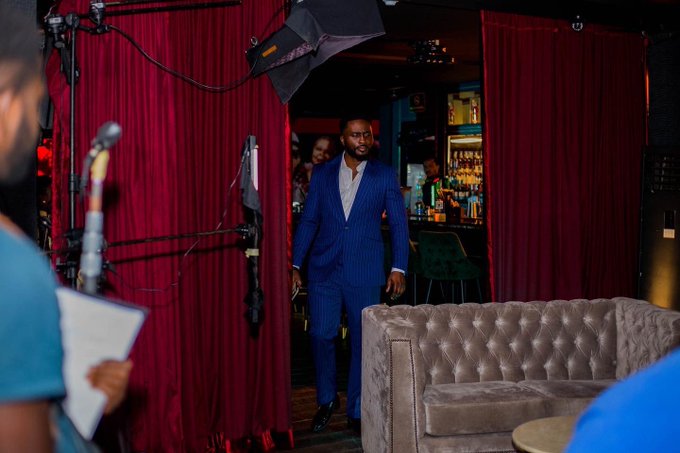 The replacement of TV actors can be disorienting, especially if unplanned for. In All My Children, the 1970s American TV show, Chadwick Boseman was fired and replaced by Michael B. Jordan. Fierce reactions came from the black community. After Chadwick left, he was invited for series of interviews concerning this, and following the reaction and troll online, ABC Channel decided to restructure the script.

Also in Game of Thrones, Ed Skrein who starred in Season 3 was replaced by Michiel Huisman for season 4 through 6. Following the replacement of the actors, the viewers reacted that the series had become underwhelming. They then asked that HBO have the season reshot and the script rewritten by more capable hands. This caused a clash between the viewers and the cast who felt unappreciated. This also happened with the Papa Ajasco when viewers rejected and fought off the producer’s idea of replacing the lead actor, Papa Ajasco.

In TMC, Ayoola, a major actor in the series won his fans over with his amazing theatrical presence and his role interpretation ability. The actor’s ability to interpret roles handed to him remains unbeaten as he shows the same charisma as seen in his previous series with Ndani TV’s Skinny Girl in Transit. Ayoola was a symbol of many ladies’ dream man: handsome, loving, arrogantly rich, and generous.

Following the announcement of his replacement, TMC’s fans had then asked the production team to cancel the character outright rather than replace him. Although the fans did not seem to question Pere’s acting abilities, they were mostly driven by loyalty to Ayoola and the Garba character he had given much life to.

Responding to this request of character cancellation from the fans, Elebe said that the replacement of the character was because Ayoola had relocated out of the country indefinitely and was unavailable to shoot at the location with the rest of the cast and crew. Elebe made it clear that the replacement was not the company’s fault, hence, neither she nor any of the cast or crew deserved to suffer for Ayoola’s decision.

To those who asked us to cancel…

I'm sorry. We can't do that. Not for one person.

There are too many people working on this show for that to happen. I think that is an unfair request. Maybe I should blame me for creating a great character.

The fans’ outrage is quite understood. Being a lead character in the series, Aminu Garba’s character is linked to several others: his guys, Louis, Lanre and Tayo, his fiancee, Tumini, Jasmine, and the entire Garba Family. This is the point raised by Elebe, on the reason that cancelling Aminu’s character is most likely an impossible card to play.

However, Ayoola reacted to the announcement via his Instagram page where he said, “Contrary to what was said, I did not relocate without letting the executive producers and producers of the show know, My decision to make a ‘temporary’ move out of the country was a long thought out process in which the producer/my manager at the time was aware of and involved in. With that being said, I cannot wait to be back on your screens again.”

TMC, whose goodwill and existence were built and pushed by fans’ love, is now on a risky stake out as to what its fate might become if the lovers of Ayoola continue to pledge loyalty to him and the Aminu Garba character he so well painted.

However, replacing an actor in a TV series is not totally disastrous. All that matters is how it is done. If an actor is going to be replaced, the new actor as well as the previous should, at least, match. While, in the case of Ayoola and Pere, there is no denial of the striking resemblance between the two, there is a clear difference in craftsmanship. While Ayoola is a better actor and has won many awards, Pere is only new, at best finding his path in the industry.

Although the viewers could notice these disparities, they will have an easier time adapting if the replacement was much less dissimilar to the “original.” A good example is the switch of the lead actor in Spartacus, Andy Whitfield, to his look-alike, Liam McIntyre, an equally good actor.

The mixed reaction from TMC fans could either be relieved or confirmed with time. Pere is now left to prove his ability to pull off the role of Aminu. The cast and crew need to rely on time as well as the trust of the show’s fans to deliver as expected. There are a lot of tapping feet and crossed fingers as fans await the release of TMC season 4. Hopefully, Pere proves himself worthy and wins back the doubtful or lost fans.

Blessing Chinwendu Nwankwo, an accountant, beautician and writer, is currently serving in Uyo, Akwa Ibom State. Connect with her on Instagram @bee_patrick.