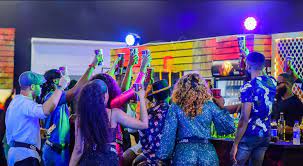 Big Brother Naija: When Are We Going To Have That Mental Health Conversation?

On Monday, August 16, 2021, Kayvee, one of the four late additions to Big Brother Naija: Shine Your Eye, had a (mental) breakdown during the housemates’ morning gym session. The camera focused on him as he struggled to hold back visible tears, dealing with what appeared to be a panic attack. Before that episode, the other housemates had noted that he had been acting “weird” and “withdrawn”. Several hours later, Big Brother had a special diary session with the housemate, who then subsequently pulled out of the competition on medical grounds. In a statement issued a few days after leaving the show, the photographer thanked his fans for the support he received the little time he spent on the show. In his words:

“I underestimated the effect isolation would have on my mental health and integrating with other housemates. I honestly wanted to stay till day 72 and I believe I have the empathy, personality, and game spirit to have made it to the end. But certainly, events that happened in quick succession escalated the anxiety I felt and impacted my being the jovial, energetic, and fun person I am. Since my withdrawal from the house, I have reconnected with my family and I am currently at a medical facility working through the debilitating anxiety I felt. I covet your love and prayers.”

Kayvee is probably the first housemate to pull out of Africa’s most popular reality TV show on health grounds. The regular route for exit is via eviction, although there have been instances where housemates were “ingloriously” booted out on the grounds of disqualification. This brings to mind the disqualifications of K-Brule in 2018 (Double Wahala),  Tacha in 2019 (Pepper Dem), and Erica in 2020 (Lockdown). Tacha and Erica have since become two of Nigeria’s most sought-after media personalities, a curious phenomenon that is perhaps a discussion for another day.

It’s only been a week after Kayvee’s exit, but people seem to have moved on. This gloss-over is saddening, to say the least. Sure enough, Big Brother Naija is a reality show where events are fast-paced, and the success of the show is predicated on how much entertainment is served up for audiences. However, a subject as sacrosanct as mental health is a germane touchpoint that should be explored and prioritised by the show’s creators. It certainly raises certain questions, such as the state of medical supplies in the house, among other things. Housemates have often been seen asking for medication during their diary sessions. What is the situation when a person sustains a physical injury or gets into a situation bordering on mental illness, as in Kayvee’s case? Surely, there should be medical personnel to handle such situations? In the wake of Kayvee’s mental breakdown that fateful morning, housemates just looked on, with no one knowing what to do. That was a terrible precedent, an indictment of the unpreparedness and reactionary nature of the show’s organisers for eventualities bordering on mental health.

Earlier this season, Angel, one of Shine Your Eye’s more entertaining housemates, talked about how she had been self-harming since her teenage years. Self-harm is a dangerous coping mechanism that has been adopted by young Nigerians in recent times, and it flows from other mental illnesses like depression and bipolar disorder. For a show that mainly targets Generation Z and millennials, it wouldn’t have been out of place to beam a little spotlight on the subject of mental health. Of course, Big Brother Naija is not a self-care forum or a support group (like Alcoholics Anonymous), but perhaps exploring a topic as intricate as mental health in one (or more) of the weekly presentations could endear the show to those conservatives who deride and demonise the show for being “a source of distraction for our youths” and a “public spectacle of decadence”. On a broader scale, Kayvee’s exit raises an important question: do we give enough consideration to the mental health of these housemates, who are sequestered away months at a time with strangers? There is almost no form of mental stimulation: there are no books or movies, and even during the Saturday night parties where music is played, they have to strike a balance between letting off steam and providing entertainment for viewing audiences. Housemates are expected to churn out premium content (read: drama). Thus, they labour under the pressure of serving up excitement each week; they have to stay entertaining or risk being evicted. Away from familiar surroundings, torn apart (albeit temporarily) from the lives they are used to, and having to sometimes contort themselves into varying personality shapes in order to appear entertaining, how do they survive? How do they manage to stay afloat without losing their sanity? Why are we surprised that Kayvee snapped? What should actually be surprising is that it took so long for that to happen.

Add to all this, the Spartan existence that the housemates have to navigate, where they “strategise” against one another to stay in the game, and also find themselves at the mercy of mind games initiated by the show’s organisers. One does not need to have a psychology degree to see how these things take an emotional and mental toll on the housemates. When it comes down to it, the show seems like a competition on who would break first; the housemates are guinea pigs in one huge, mentally exerting social experiment.

Can it be argued that Big Brother Naija’s lukewarm response to the subject of mental health is reflective of the general attitude of Nigerians towards mental illnesses? It is difficult to fault this premise. Many Nigerians claim that depression, panic attacks, and other mental illnesses are “foreign issues inapplicable to Africans”. This is in spite of the existence of multiple statistics that suggest otherwise.

Whatever is the case, the point is that the show’s organisers have to do more. They need to do right by the housemates by providing facilities that cater to mental health and use their huge platform to facilitate an increase in mental health awareness. This time it was Kayvee; who knows what will happen to the next housemate that will crack under the relentless pressure? Who knows how the unraveling will manifest?