“Behold The LAMB” LP is Another Hip Hop Revitalisation Exercise

From the exploration of the broad topics to the timely features and the pristine production, MI Abaga and his team had everything in check…

What’s Nigerian Hip-Hop? Simply put, it’s the Nigerian version of what American hip-hop is like. For over two decades, hip-hop has been a staple genre in Nigeria. Right from the early 2000s, Nigerian artistes have explored the genre. They started by mimicking their American counterparts, and some sounded, quite honestly, more American than they should.

As the years went on, there were some tweaks. Some rappers switched to the indigenous side, while the English-speaking rappers tweaked their styles to reflect their Nigerian elements.

The last five years have been fraught with ups and downs in the music industry, from “You Rapper Should Fix Up Your Lives,” (October 2017) to the clap back, Vector/MI Abaga beef, Martell Cypher, Hennessey resurgence via Hennessy Artistry, and more. There have been seminal efforts to reawaken hip-hop in Nigeria. 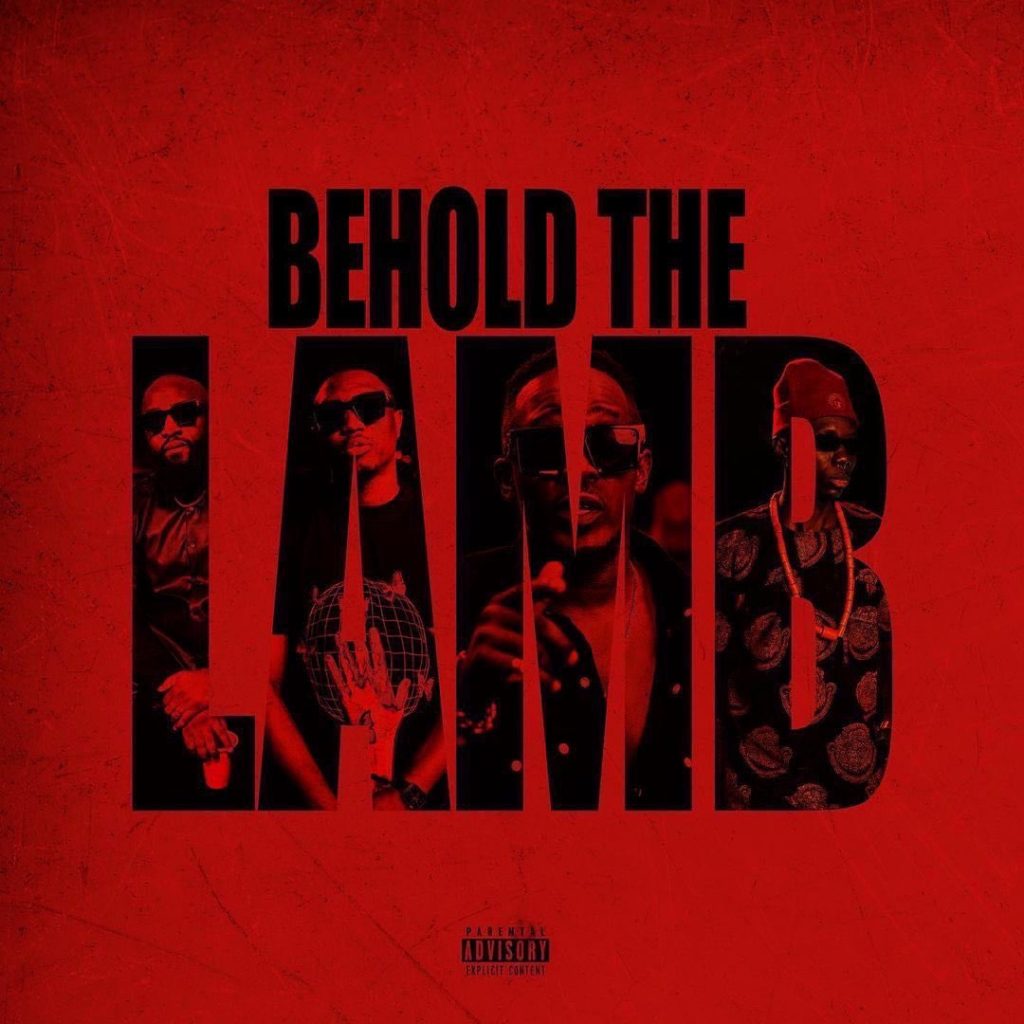 Chocolate City has been at the forefront of this movement. It started with the release of three hip-hop albums in August 2018.

In a nutshell, L.A.M.B released a cypher every eight months for three years. The impact has been impressive, it has stirred hip-hop culture, and given hope to younger, up-and-coming artistes, while also restating the lyrical prowess of the four.

After a two-day exclusive premiere on Boomplay, the first collaborative album of L.A.M.B, Behold The LAMB, was released on July 6, 2022, to all streaming platforms. It serves as the first official christening of the Hip-hop group. The title is thought-provoking, and the artwork is minimal; the images of the four artistes are inserted in LAMB, the letters are written in black over a red background.

The opening track, “Badman Size,” is built around self-praise amid some sex talk. For celebrities, this is a relatable topic. Blaqbonez blazes the microphone open with his sultry vocals, and MI Abaga comes second with his cocky rap lines. All tether towards the theme.

Through the well-thought-out features, this project is able to explore relatable topics. When the vocal lord, Oxlade, comes through on the mid-tempo “Groupie,” you feel the honesty mixed with confusion. Groupies are coterminous with celebrities. On this track, the four rappers are not judgmental about the girl’s antics; nevertheless, they plead for secrecy as things go down in the bedroom. Beyond his controversy, it’s alluring to finally see Oxlade doing what he knows how to do best.

“Fame Sh*t” examines the tapestry of stardom. While they are not complaining, they are careful of the domino effects of women and fake friends. Psycho YP, MI Abaga, and Loose Kaynon hold this track down. Psycho YP sets the ball rolling with his back story of a friend who never believed he would make it out of the hood. While he was broke, YP’s dreams were rich.

In “Chasing Designer,” Blaqbonez confesses his intimate weakness for wealth. It’s a story of a former broke man. While some say money doesn’t bring happiness, Blaqbonez vows to test this belief. This track reinforces some of the known facts in the music industry: that rappers are rarely rich before they break through. When they finally do, be ready to hear the story on their records.

R&B meets Ragga on the Chike-assisted “Snapchat Vs Facebook.” It details the promiscuous lifestyle of artistes. According to Chike, he has girls on Facebook and Snapchat and would always go all out for them whenever it’s required.

Bien, a member of the Kenya music group, Sauti Sol, and Khaligraph Jones, raises the Kenyan flag on “+254.” Jones had the better part of the track. It serves as a reconciliation between Jones and Blaqbonez after their ill-fated beef in 2020. “Receipt” sees Abaga declaring his lyrical prowess to the naysayers. When he said “Blaq, AQ, Loose and Me Drop album,” on the song, he was showing the workings; their sonic accomplishment in the hip-hop community.

“Fear” sees AQ and Blaqbonez confess  their uncertainty and disenchantment with the state of Nigeria. It sounds like a song conceived during the pandemic. In this song, AQ takes a trip through the COVID testing era and also the government ban of Twitter in 2021. Blaqbonez’s rap verse was more reflective. He starts by referring to his audacious moves on social media;

I took my life by the reins/Can never blame nobody/ ready for when they let me down Yeah I see it coming. 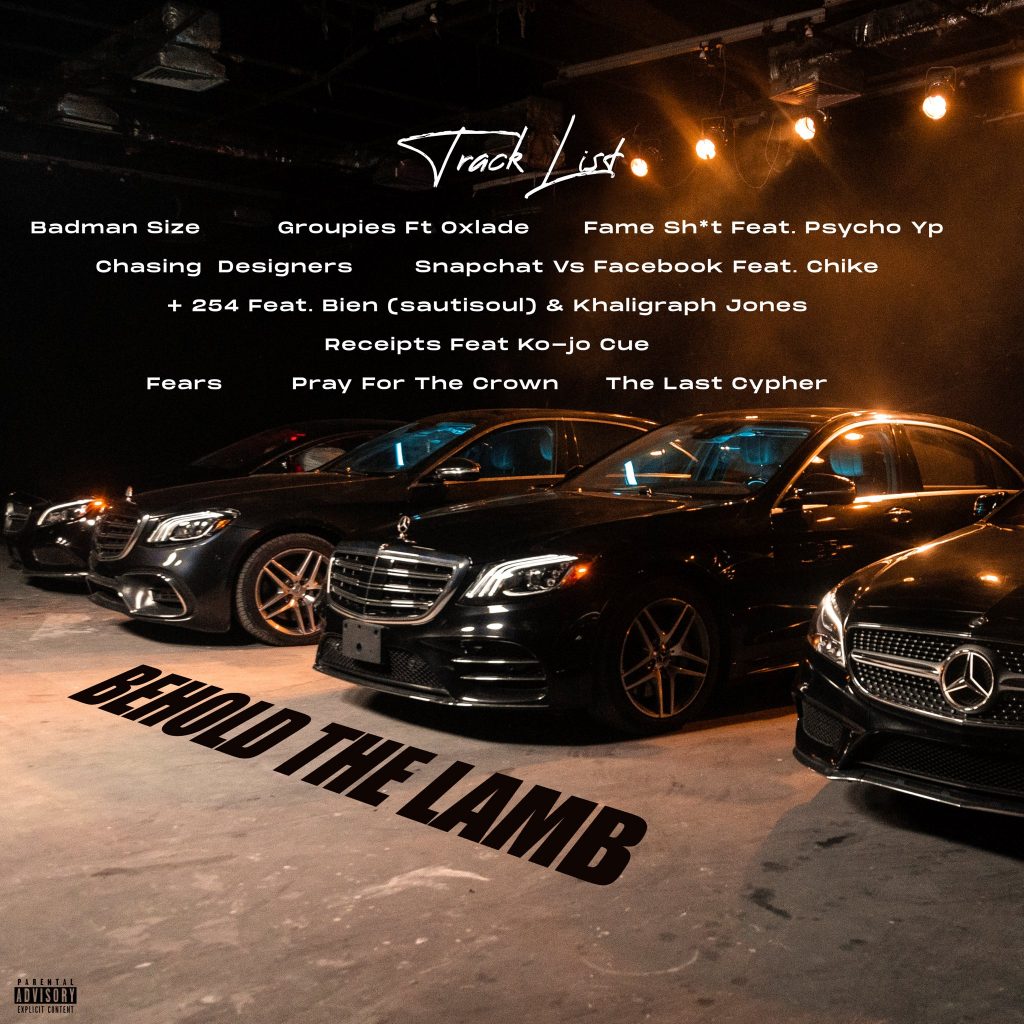 While they are on a mission to revitalise hip-hop culture in Nigeria, L.A.M.B is aware of the factors militating against the growth of hip-hop. On the penultimate track, “Pray for the Crown,” AQ lists these problem as labels and contractual issues, streaming frenzy, and piracy. He compares himself to the late Pastor T.B Joshua (they are both non conformists). While AQ is quick to assert his disbelief in Apostle Joshua’s ministry, he believes Joshua was better than some of the pastors who are into cyber fraud. Loose Kaynon ends the track with a voyage into self-praise. It’s half menacing and half braggadocious.

They jointly explore self praise arcs on the project’s closer, “The Last Cypher.” Blaqbonez reinforces why he’s called the best rapper in Africa, MI Abaga skillfully plays with words; as usual, AQ has words for the enemies, while Loose Kaynoon gives off a capon-esque verse.

No hip-hop album released so far in 2022 is close to Behold The LAMB. From the exploration of the broad topics to the timely features and the pristine production, MI Abaga and his team had everything in check. On this project, Blaqbonez and AQ shine more. MI Abaga supervises like an elder statesman while Loose Kaynon takes the back seat.