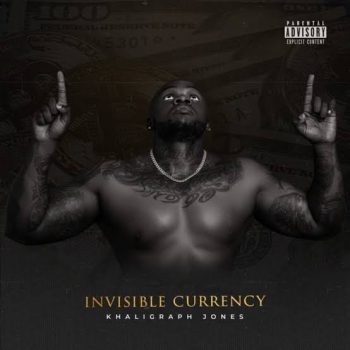 “Invisible Currency”: A Refreshing and Punchy Return by Khaligraph Jones

The album section of Jones’ discography might be sparse; nevertheless, it doesn’t diminish the quality of his artistry. When Jones says he’s the best in Africa, he walks the talk…

There is rap, and then there is rap from the cerebral rapper from Kenya, Khaligraph Jones. Four years after the release of his elusive debut album, Testimony 1990, the self-proclaimed Papa Jones made a triumphant return with his new long-length album which he proudly tagged Invisible Currency.

Born Brian Ouko Robert, the thirty-two-year-old rapper is one of those behind the resurgence of rap in Africa with his fresh eclectic mixtapes. He took it to a higher level with his debut album which arrived close to a decade after he broke out in 2008.

Testimony 1990 was curated after his battle with depression and naysayers. The warm and optimistic project chronicles contemporary challenges besetting Kenyans, and more importantly Africans.

In 2009, the then revered Channel O organised the “Channel O MC Challenge” rap contest that assembled the best of the best in Kenya. Khaligraph Jones beat the likes of Point Blank, Long Jon, Lethal Dynamic, Oluchina, Kip, and Kimya, to cart home the star prize. The victory won him admiration from hip-hop heads, catapulted him to a continental fame, and in some way helped in his rotations on radios.

The titular “Invisible Currency” starts the album. With staid guitar strings shimmering through the production, Jones’ boastful run-through with his victory lap flows. The lyrics hit home. Picture a dude delivering a valedictory speech at a convocation. Jones’ eloquence as well as his sequential arrangement of the story is seamless. The song heralds what more to expect in the remaining sixteen tracks.

Khaligraph has never hidden his belief in God, from interviews to Instagram posts, he wears it. On the second track on this album, he calls the service of choristers as the support system of his gratitude-like song. “All I Need” shares similarities with the opener except the theme and thumping baseline-centric production.

Are there similarities between Nigerian rapper Ikechukwu’s debut single of the same name and Khaligraph Jones’ “Ikechukwu“? On this track, Jones took ballyhooing to the extreme with his braggadocious metaphorical lines. There is no doubt that Jones got influenced by Ikechukwu’s breakout hit of 2007.

The fantastic R&B song “Ateri Dala” got support from Prince Indah. It marks the first collaboration in the first half of the album. Jones deliberately made himself the centre of attention in the first four songs; he delivered.

The eight tracks that follow this song were all collaborations, with every one of them coming through with a spark to aid the sonic curation.

It took a while before Khaligraph Jones fully blossomed as an artiste. He understands the pressure that comes with a “come up process.” And so, when he becomes a teacher on “Inner Peace,” Jones knew — and we believed — he was up to the task. He drops soulful words on marble, while Kev The Topic becomes a co-teacher. “Inner Peace” is celebratory in tone, and didactic, too.

On “Tsunami,” Jones pays homage to his idols. It’s trappy with fast flows. While it is distinct (as he explores trap) from other tracks, it’s a way of showing his versatility.

Skittering piano chords open the Xenniah Manasseh-assisted “How We Do.” It is a pristine, boppy track that alludes to Jones’ journey. It’s cocky, and, true, he has every right to be. No one makes the kind of moves Khaligraph Jones makes. Xenniah Manasseh makes this track more enchanting with her croon-like singing. It’s angelic, soft, and memorable.

Rudeboy invokes the early 2000s P-Square tempo on the heart-chattering “Ride For You.” The fluctuating guitar strings make the words seep in as Jones and Rudeboy rue about their love affairs. The track can be said to have taken inspiration from “Omoge Mi” by P-Square.

A vast number of people (including this writer) learned about Khaligraph Jones through his storied rap. On the guitar-led “Bad Dream,” Jones succinctly narrates the story which ended in fatality. But it turns out to be a dream. Jones is that good. He takes the listeners along, like passengers in his sonic bus.

In “Hiroshima,” Jones continues his thought-provoking song titles. On the latter, he co-opted American rapper, Dax as they rue the state of African rap, basking on their victory while lecturing African rappers on how to shape the genre. Dax is aggressive, the flow is intimidating, and his cadence gives him the edge over Jones on this track.

In January 2020, Khaligraph Jones won the ‘Best Hip Hop Act’ i.e, the Best Rapper in Africa ahead of Blaqbonez, Falz, Reminisce, Kwesta, Medikal, Shinski, Ricky Rick and Zakwe, at the Soundcity MVP awards. His victory attracted some snide and open comments from rappers, industry heads, and fans. Blaqbonez made a video where he shaded Soundcity and undermined Jones’s win. This led to a diss track from both rappers, with the battle of supremacy nearly leading to bad blood between Nigerians and Kenyans.

On the last track “The Khali Chronicles,” Jones narrates his journey so far in the industry. It’s a story of how he, the perceived most neglected, becomes the centre of attraction.

The 2020 lockdown must have given Jones the chance to introspect to curate this album. The album’s biggest drawback, however, is its tendency to fall into musical formulas, and its long tracks. The self acclaim almost made it monotonous. 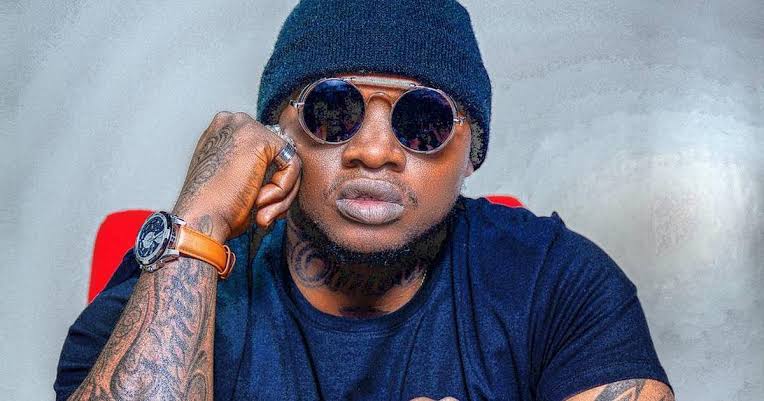 The tracks are most times personal, and even when he tries to talk about love, some smithereens of his past relationships fall in. Like every rapper around, his self-beliefs are on a superjet level.

Invisible Currency is a long-stretched, neat take on different topics with love and self-acclaim coming top. It is unlike his previously-released mixtapes which are mostly solo joints. On Invisible Currency, Jones is more open to collaboration. A total of 10 artistes feature on this album.

The album section of Jones’ discography might be sparse; nevertheless, it doesn’t diminish the quality of his artistry. When Jones says he’s the best in Africa, he walks the talk.

Emmanuel Daraloye is a Music critic with over 300 album reviews in his archive. His bylines have appeared in The Cable Newspaper, The Lagos Review, Vanguard Newspaper, Legit News, Rank Magazine, Independent Newspaper, Modern Ghana Web, Nigerian Tribune, and others.