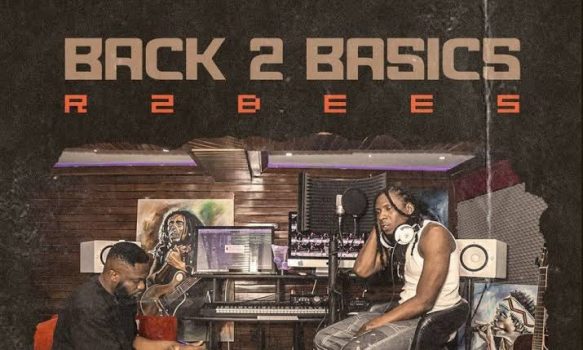 “Back 2 Basics”: Is R2Bees the New Preacher of Love?

…R2Bees has been an integral part of the Ghana music industry, and oftentimes, their influence spills into Nigeria. They have been able to oil the Nigerian patronage with their strategic collaboration with Nigerian artistes…

In 2009, the duo released their debut album titled “Da Revolution,” to critical acclaim. The album heralded their entry to the Nigerian market with the Wande Coal-assisted “Kiss Your Hand,” topping charts. The success of the song continued the Nigeria-Ghana musical synergy.

R2Bees has been an integral part of the Ghana music industry, and oftentimes, their influence spills into Nigeria. They have been able to oil the Nigerian patronage with their strategic collaboration with Nigerian artistes, starting from Wande Coal and Kay Switch in 2009, down to Wizkid, Davido, Burna Boy, and recently Joeyboy. A peep into their discography shows that Wizkid is, arguably, their most featured Nigerian artist. Wizkid has never refrained from shouting them out on social media, and they have also reciprocated the gesture. The love which started from “Slow Down” has snowballed into tracks like “Tonight,” “More,” “Straight From Mars,” and “Dance.”

For two years, R2Bees has been quiet in the music industry, and their musical release has been sparse. And so, fans were surprised when they announced the release of their fourth studio album last month.

The new album titled “Back 2 Basics” is a compilation of fifteen mouth-watering tracks that features the likes of Darko Vibes, King Promise, Gyakie, Joeyboy, and Wizkid. In 50 minutes, the duo took listeners back to what they are known for: their ability to curate tracks that appeal to love-enchanted populations, while delivering dance floor-engaging tracks.

The opening number, “ Pressure” is a hiplife vibe, laid on mid-tempo drums. On this track, they are mesmerised by the lady’s beauty, and are drawn to her although she makes them uncomfortable. They guide her against the eagle-eyed third party ready to pounce on her. Starting the album with a mid-tempo track like this is symbolic as it serves as a guide to what to expect on the follow-up tracks.

Northboi, former Wizkid’s producer, comes up on “Tinkerbell” where Wizkid slays the song with his vocal. The song currently has the highest stream on music platforms. Wizkid’s verse is a drab attempt at swaying a girl. Not the best from the Grammy-nominated artiste, but it sustains the song.

The young chantress, Gyakie, comes up on “Need Your Love.” It maintains the mid-tempo cruise of the album, soft, audacious, and vicious at the same time. Gyakie’s vocal is the framework on which the song rests. Omah Sterling’s rap line is impressive but still sounds cliche.

On the fourth track “Get Get No Dey Want,” the duo shower encomiums on the girl who doesn’t demand like other girls. It is an uptempo, guitar-based track steeped in reverb and traditional instruments.

“Alhaji,” is one of the old records that made the final cut. An Hiplife record just like most of their early records, it is sonically similar to Runtown’s “Mad Over You.”

“Sure banker” is a Highlife sound that does a take on life, the group’s longevity, the place of hope, destiny, and fate in man’s journey. The beat invited the listeners to the dance floor.

On this album, R2Bees stuck to their forte of ballads. At the midsection of the album, there was a switch to sexual love. Dancehall king, Stonebwoy, comes through with his Kingston-inspired lines and vibe. He becomes the sauce to R2Bees meal, giving an upper hand with his Dancehall staple.

Mugeez, Omah Sterling, and Mr. Eazi liken themselves to the Italian adventurer, Giacomo Casanova, on “Casanova.” Hinged on Mr. Eazi’s famed Banku music, Cassanova is a weak attempt. The lyrics falter, and alhough Mr. Eazi tries all he could to sustain the song, something does not add up.

How R2Bees switched, in “Promise,” from the hitherto promiscuous boys to men who want to settle down in marriage shows their dynamism with sound and theme. When they sing, even the toughest girls would want to listen.

Ghanian songwriter and singer, Darko Vibes held the hook down on the street-inspired “Formation,” a vain talk about what the duo stands for, and what they have been able to accomplish in the Ghanaian music industry.

The duo returned to love on “Your Loving,” a craving, creative, mellow, attention-seeking tune.

“Dambalektra” is uptempo with a poignant horn and baseline. It shares an affinity with Amapiano. What the song lacks in lyrics, it makes up in beat. The party tempo continues in “Odo Oti.”

A whopping thirteen producers worked on this album. Quite unlike their first two albums which were handled by their childhood friend Kilbeatz. Kilbeatz produced two tracks on this album.

On “Back 2 Basics,” R2Bees shows they still have the magic to curate a body of work that would stand the test of time. The album shares thematic similarities with their 2009 album, “Da Revolution.”