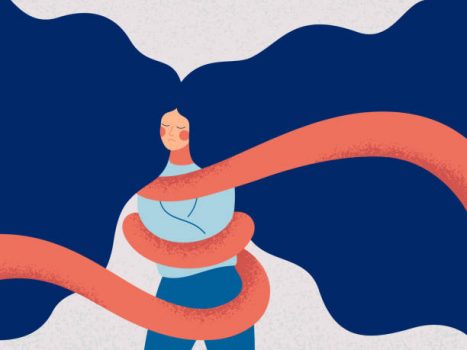 Africa and the Culture of Wife Inheritance

In December 2021, the Nigerian House of Representatives announced that plans are underway to enact laws that would repeal the harsh laws against widows in Nigeria. In February 2022, Senegal reviewed its laws on gender parity and discrimination against women…

Many African communities hold different cultural practices as sacrosanct and inviolable, and it has become obvious that the change that so formidably permeates the different parts of the world is yet to be fully implemented in some African traditions.

A typical example of such a community is the Maasai tribes in East Africa. Their unwavering devotion and reverence to their culture over the years has remained profound, deliberately shielding their lifestyle from the influence of the modern, progressive world. It is incredible how they have steadily upheld their legacy from generation to generation despite that some of these practices are pain-inflicting, unhealthy and traumatic in themselves.

As Maasai girls approach their teenage years, they are circumcised and soon traded to men chosen by their fathers for cattle and money. The richer the men, the higher the likelihood of being chosen as husbands. This trade is regarded as marriage, and just like objects being traded, this process does not involve the consent of the girls. It is also considered a taboo for Maasai women to divorce their husbands, except in extreme cases where battering is involved.

In the case of a divorce, the Maasai tradition demands that the women stay single till death, regardless of their age. In the case of the death of the husband, the woman is left with the choice of marrying one of her dead husband’s brothers, and the refusal of this sole option is for her to remain unmarried till she dies. The fear of dying a lonely death and becoming an object which the society dread and condemn has kept many Maasai women in marriages associated with constant tears, beatings and pain.

Similar practices hold sway in the Eastern part of Nigeria. Many widows in that part of the country have been forced, on several occasions, to drink the water used in bathing their husband’s corpse, with the belief that it would kill them if they were responsible for his death. They are also given the option of being made to declare their innocence before a local deity. The Igbo observe another tradition which they refer to as “nkuchi nwanyi.” This tradition demands that when a woman’s husband dies, a brother of the deceased marries the woman; a process which is accompanied by a lot of humiliation and manipulation. This way, the woman is guaranteed to not be disinherited of her husband’s properties or driven out of her matrimonial home, especially when she has no male child. To kick against this arrangement is to let go of her husband’s properties and the security they offer.

Fortunately, in recent times, these women in Igbo societies are no longer compelled to become involved in these levirate arrangements. In December 2021, the Nigerian House of Representatives announced that plans are underway to enact laws that would repeal the harsh laws against widows in Nigeria. In February 2022, Senegal reviewed its laws on gender parity and discrimination against women.

Although levirate marriage was common in primitive societies, the chances that a widow with a grown son would enter into such a relationship keeps getting slimmer as society progresses. With an adult male heir in her house, such a woman will not be under pressure to seek refugee under the roof of another man. She would certainly rely on her sons to perform some of the roles of her dead husband and offer her the necessary assistances that would have otherwise been provided by a levir.

Poverty contributes significantly to the idea of wife inheritance. Many women are forced into marriages with their husbands’ siblings solely to alleviate their suffering. The stigma, or outright rejection a woman faces after the death of her husband often leaves her abandoned, and eventually drives her into the arms of the deceased brother in order to be recognised as married.

Notably, many widows have successfully escaped the web of levirate marriages. As women become self-reliant in today’s world, the idea of inheriting a wife is now looked upon with distaste and disdain rather than being considered a means of sustainability.

Although levirate marriages have experienced a decline across Africa in the past decades, owing to the changes in ideological and economic systems, as well as the rise of financially independent women, it is still being heavily practised in remote regions.

Many of the cultural dictates directed at women are deeply rooted in distrust for the moral and social sanctity of women. Research has shown that women make more disadvantageous risk decisions than men. This opinion stems from gender-based stereotypical threats and fear of negative evaluation which characterises women as interpersonally oriented and men as self-reliant and individualistic.

Many women are viewed as people incapable of making rational decisions as regarding morality. They are perceived as objects that have the ability to become wild if not tamed, an idea that has been sold to many women over the years and has, to a large extent, conditioned them to accept that they are indeed prone to doing evil if not tamed. A major case of note is the use of magun (Yoruba for “do not climb”) on, especially, wives who are deemed susceptible to engage in adultery. An unsuspecting, diabolic ritual, the magun, an ultimately fatal charm, is activated against the man that has sexual relations with her, as well as the woman herself. A woman is therefore circumcised towards supposedly quenching her thirst for promiscuity, or is married off to a man deemed fit for her by her father. Her life is thus decided and concluded without her consent.

People’s choice to carry out actions that are judged to be morally right or wrong is shaped by many factors, such as genetics, environment, circumstances or religious beliefs. In all these, gender is not a determining factor. Cultural beliefs have conferred the customary right to be heard and to take decisions to men, and the place of reception of these decisions on the woman. While people are made to believe that these unsafe traditional practices are advantageous to women, there is obviously a marked discrepancy between their intentions and their actions. These practices are clearly geared towards subjugation rather than the safety they pose to give.

Choosing to remarry the sibling of a deceased husband should be based on the willingness of the woman. If she obliges, it should be solely because she wants to, and not because she is being compelled to yield. In a society where children are gradually being left to decide their course of study in colleges and universities, leaving a woman to make her choice in a crucial matter such as her marriage is the only humane and absolutely right thing to do.

If more women can strive to be financially independent in this modern world, inheriting them as wives will meet a greater decline. Many women have been forced to stay mute regardless of the abuse they face in their homes due to the fear of stigmatisation and their financial dependence on family members. It is imperative that women free themselves from financial overdependence on family in order to guard against dire situations like divorce and death. Financial independence is not just about stacking funds in an individual’s accounts, and investments but also about the ability to take strong decisions in times of need and uncertainty. Financial independence changes the fate of the regular widow who would have hitherto depended entirely on the goodwill of her late husband’s family.

Barring the fact that some women kill their husbands, understanding, too, that death is a natural occurrence would also improve how women are treated after the death of their husbands. The same way men grieve, so do women, even more so. If a man, in Igbo land, is not accused of killing his wife, why should a woman be accused of killing her husband? Forcing a woman to drink unhealthy substances and swear to gods to prove her innocence is rather vicious.

Perhaps, there is need for people to adjust their lenses and view women from a more positive perspective rather than as people out to get their partners killed. It is only fair that women be treated like humans deserving of a quality life, and not as robots tossed at every wave.

John Augustina is a writer, journalist and a singer. She currently writes about women for Afrocritik.