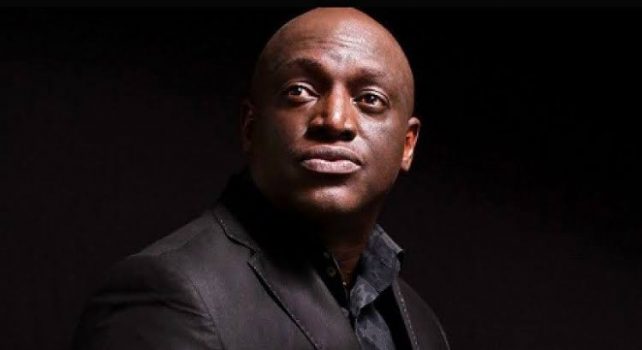 Adultery Scandals: How Immune are we to the Straying Net of Infidelity?

Adultery scandals has become a rather usual reality today, and people should therefore not be taken by so much surprise when it happens, even amongst clerics…

Again, on social media, a celebrity trends. This time, it is the veteran Nigerian gospel music artist, Sammie Okposo. The artist took to his Instagram page to publicly apologise to his wife, Ozioma Okposo, and family for his act of adultery. Okposo apparently had a tryst with a lady he met in the United States.

Some blogs have speculated that this public expression of regret is a move to avoid blackmail, as the lady he had an affair with is said to be pregnant, with supposed proof to prove Okposo’s attempts to deny the pregnancy. Whatever the case for this admittance of infidelity, it was sensational enough for a public debate. 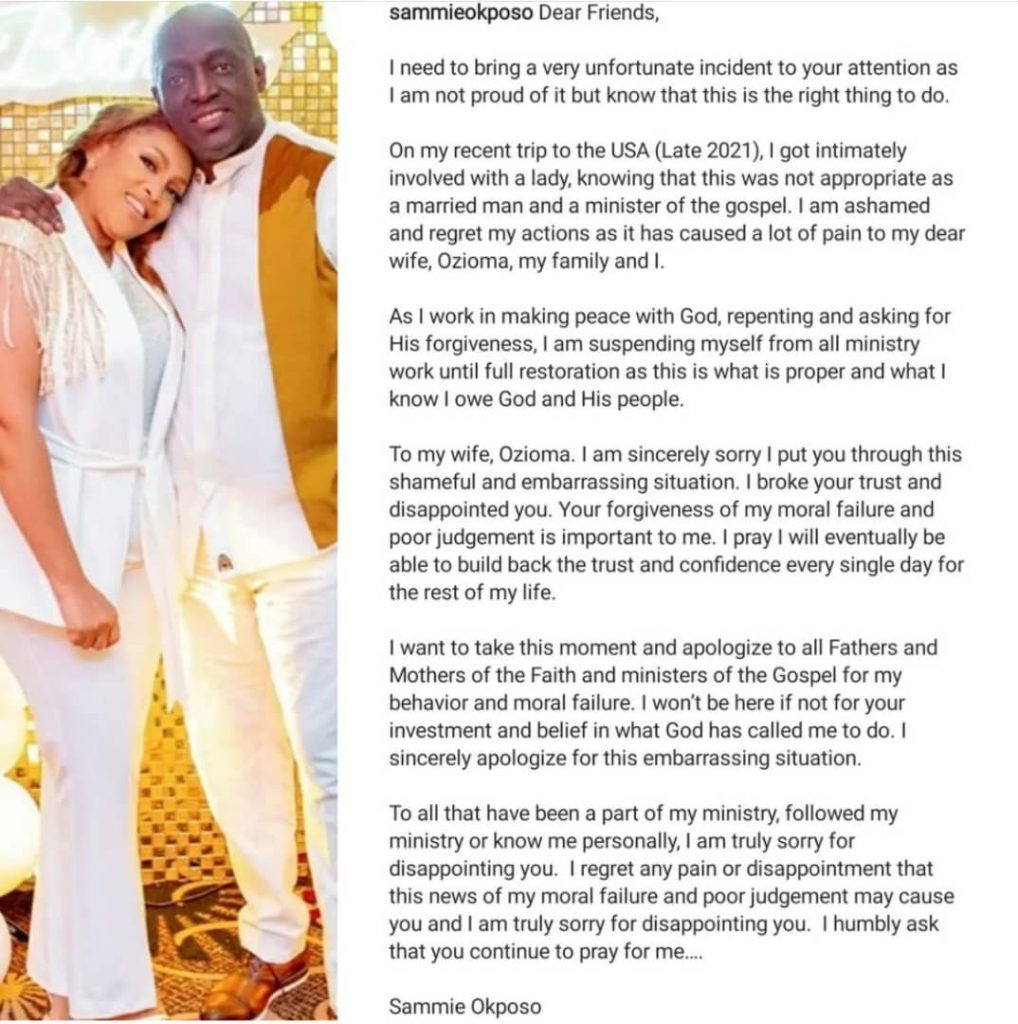 As a gospel artist, and an adherent of the Christian faith, Okposo’s indulgence is condemnable, as he ought to live an exemplary life for others to emulate.

Observers are bewildered that a minister could get tangled in the alluring “straying” net. This kind of assertion is similar to that expressed when children of religious leaders engage in seemingly “sinful” activities like drinking, partying, dating, essentially juvenile frivolities. But while adultery in this regard is unparalleled to this example, it is pretentious to exempt a certain group of people from the pressures of extramarital affairs, since clerics, like every other human being, are not immune to temptations.

Adultery has become a rather usual reality today, and people should therefore not be taken by so much surprise when it happens, even amongst clerics. It becomes exhausting, thus, when people feign surprise at such cases of infidelity. For a society wantonly consumed in sex and materialism, it is hypocritical to exempt a set of people from failing to resist temptations.

Again, the African society encourages silence over the admittance of guilt, yet one could say people long for stories like these, considering how excitable people get from hearing and reading such stories. Due, perhaps, to modern trends like the use of dating apps and social media, it is becoming more and more difficult to uphold marital vows. Even as cheating partners admit that adultery is damaging to relationships, cheating statistics are on an all-time high.

While not much verifiable data is available on the frequency of inter-marriage cheating in Africa, this survey reports that 58% of African men and 51% of African women are adulterous. In a study conducted in America, around 30 to 40% of married couples cheat on their partners. One particularly bogus claim from the condom manufacturing company, Durex in 2012, even suggested that Nigerian women were the most unfaithful in the world.

Many other celebrities have either admitted to cheating or had evidence of their infidelity surface on media spaces. The Gongo Aso crooner, Alexander Akande, popularly known as 9ice beseeched the public to help apologise to his wife after videos of him where he fondled another lady went viral.

Recently, Mercy Aigbe was the chatter tale with regards to circumstances surrounding her current marriage to wealthy filmmaker, Kazim Adeoti and ex-husband, Lanre Gentry who claimed that Mercy was having an affair while they were still married.

2Baba’s recent alleged escapade with baby mama, Pero joins a list of other shenanigans he has been labelled guilty of in the past.

We read it every day; we see it more often than we like to admit, so much that we have boxed philandering into ethnic stereotypes. For instance, Western Nigerian men are ascribed the “Yoruba demons” monikers, there is the perceived unfaithfulness of southern Nigeria’s Ijaw and Urhobo men, and the Eastern Igbo ladies are assumed insincere. Paternity fraud has become so rampant that it was said that 30% of Nigerian men who went for paternity testing were not biological fathers of the child(ren), amusing leading to false stories that the Ministry of Health, Osagie Ehanire, would begin offering free DNA testing to confirm paternity.

In all of these uproars, debates, and clicks when infidelity trends, there is little or no concern for the emotional damage that infidelity causes to the uninvolved family members. An Insider report stated that the second leading cause of divorce is infidelity and extramarital affairs. While infidelity does not necessarily lead to divorce in our African society for cultural and religious implications that surrounds leaving a spouse, it causes the uninvolved partner immense distress. There is the rage, anxiety, depression, and feelings of shame associated with discovering a partner has cheated and betrayed trust.

Take the Tunde Thomas story and the alleged paternity scandal of his wife, Moyo Thomas, and Adam Nuru the managing director of FCMB. News carried that Tunde Thomas suffered a stroke, possibly from the heartbreak caused from learning from his wife that he was not the father of their children but rather that they belonged to the director of his bank. Social media spaces also witnessed Annie Idibia’s outburst following the cheating allegations she levelled against her husband, Innocent “2Baba” Idibia.

Every now and then, there is the story of the embittered wife that stabbed her husband to death for cheating or the husband who kills his wife and/or the wife’s lover, then later kills himself.
Some have proffered solutions to the tangled web of infidelity, arguing that humans, especially men, are naturally polygamous, and suggested that monogamy is a western construct and so should be done away with. Also, some religious and traditional groups even encourage polygamy, while some liberal sects subscribe to polyamorous and open relationships.

But that is usually not the case as we have seen, over time, people whose beliefs favour marrying more than one spouse but still take up mistresses. People in open relationships still wander off without their partner made privy to the affair. Sometimes, infidelity is not always a reflection of a failed relationship, as there are cases of parties in happy, fulfilled relationships who still cheat. The question that prevails is, are we going to be unfaithful, regardless?

Addiction, childhood trauma, mid-life crisis, dissatisfaction, a lack of commitment, the Internet acceptance of cheating, cultural or religious acceptance, etc. have become some of the reasons people give for cheating on their partners. An underlying solution to all these is learning contentment and practicing self-discipline. No one has a barricade to temptation, even the most pious. What matters, ultimately, are the individual choices we make and how best we handle temptations.

Sybil Fekurumoh is a freelance writer from Bayelsa. Connect with her on Instagram and Twitter @toqueensaber or send her a mail via sybilfekurumoh@gmail.com