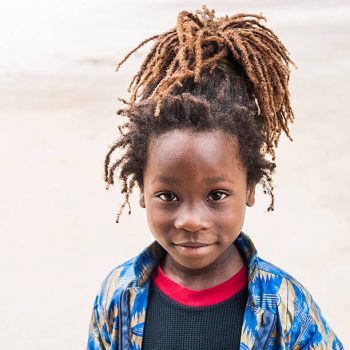 How the Igbos See “Dada” Children, and the Place of “Umu Dada” in Igbo Cosmology

“They invite children, give them biscuit and cut off the hair. In some cases, they do it well, in other cases, they don’t and the child starts to fall sick, and sometimes, dies.”

Ekwunazu, a 24-year-old dibia was four when his parents cut off his “dada.” He does not remember the event very much, but his mother had told him the story of how before they cut the hair, she called him and told him about the hair and how they wanted to cut it. They asked him if he agreed to his hair being cut, and he did. They then asked him what he wanted them to do for him, as part of the ceremony of cutting the hair, and Ekwunazu had requested that they brought musicians to play songs for him as they cut his hair. In that way, while they cut off his hair, they did it with his permission and they also played him music, and indeed, he loved music as a child and even to this day as an adult approaching his mid-twenties.

The Igbo people have always had an otherworldly view about children born with incredibly stubborn hair which resists combing and tangles into dreadlocks as the child grows. It is a popular belief that Umu Dada, as these children are called, have deep attachments to their hair, and in some cases, possess powerful gifts. Hence, the dreadlocks with which they came to life with is an insignia of who they are. In ancient Igbo society, people born with dada are closely watched and earmarked as very likely to have the spiritual gifts of a dibia capable of curing various ailments, or diviners capable of gaining spiritual insights into the affair of men and giving special prophecies. It is possible to retain the power without the hair, but the child shares a spiritual attachment with the hair. And so according to the dictates of Odinaala, the Igbo system of belief, the child must be consulted before the hair is cut, and if and when it is done, it is amidst a ceremony.

“The reason the Igbo people leave the hair of a dada child until he is able to walk and talk properly,” Ekwunazu told Afrocritik, “is to see if there is anything the child will say concerning the hair, or will even approve of it. If you cut the hair of a dada child without their permission, you put that child in trouble,” he said. Citing the story of Samson in the Bible, he said, “You see that man, the hair he had was not an ordinary hair. It was very similar to dada, and that is why God told his mother never to cut his hair. And when his girlfriend convinced him to cut it off, he became weak. These days, some people no longer employ the services of a dibia, but they cut the hair in Church. They invite children, give them biscuit and cut off the hair. In some cases, they do it well, in other cases, they don’t and the child starts to fall sick, and sometimes, dies.”

A very good example of a child losing their lives is illustrated in, “Dada” a short story by Munachim Amah, published by African Writer. After the child’s parents had decided to cut off the hair, his mother was adamant that it be done in church as opposed to his father’s suggestion that they called a dibia to perform a salaka to appease the spirits connected with the hair. On the day the hair is to be cut, the child flinched when the priest touched the hair—a sign of disapproval of what was to happen—and the priest went on to cut the hair. Two days later, the mother had the lifeless body of her child in a General Hospital not too far from the church where the child’s hair was cut.

Odichie was born a dada, to dedicated Christian parents who attended Assemblies of God church in Aba where they lived at the time. Her insight into the myth of dada children takes a more psychological bend than a spiritual one.

“They cut it off when I was five years old, and it was the pastor who cut it, and I don’t think I had any problem afterwards,” she told Afrocritik. “I still remember and even though it was the pastor that cut it, it was in my house that he came to cut it. Later, my mother told me that the reason they had left it until I was five years old was because they were a little afraid. And my paternal grandmother was very adamant that my parents must let me grow and make sure I was ready before they cut it. My grandparents were Christians, too, but they were people who respected tradition. And they knew how many of these things worked. People often talk about dada people as having connections with the spirit world. But what I believe from what my father told me [from what he learnt from his parents] is that the child himself is the spirit.”

Odichie noted that, “The child has an attachment to the hair and it is kind of spiritual. If you make the child happy before you cut it, there will be no problem. Even when you do it the traditional way, there are sometimes when a dibia comes and he looks at the child and he says the time has not come to cut it. He knows the child is not ready. It is what many pastors and reverend father ignore when they cut the hair of the child. It is easier for parents who their children love to cut their hair. If there is no happiness in the family, the child can feel some kind of violation when the hair is being cut. To my understanding, this is why some children fall sick after the dada has been cut. I am not a very superstitious person. But this is how I see it.”

Njoku Nonso’s dada was cut by a priest in a Catholic church when he was very young. While in his memory, the details are sketchy, what little he remembers of the ceremony of his hair being cut shows that the church takes the cutting of a child’s dada seriously as the Igbo tradition requires. Speaking of the day his dada was cut, he told us, “My memory isn’t clear, but it was done the church way by a priest. Before the Priest cuts the child’s hair, he chooses a date. It’s a day of celebration, I must say, big or small, depending on the financial status of the family. The attendants are mainly children. But I am not sure why.”

The worldview of the Igbo people concerning dada children or Umu Dada, as they are fondly called is representative of communal kinship. “In my community,” according to Ekwunazu, “people born with dada often come together and form a community. From time to time they meet, and every year, they contribute money and do an end of the year party. There is nothing else involved. It is just something we do to remind ourselves that we are Dada children.”

Seated next to Ekwunazu, watching him demonstrate as he explains to me, I come to understand that the emphasis the Igbo people have placed on the dada for ages, has come, in some form, to hold water in reality. “There is power in hair,” Ekwunazu says, pointing to his large Afro. “Even this my hair now, it serves a purpose. I did not just wake up one day and have the hair. I let it grow. It is a bit of stress to me and maybe it makes me less attractive, but it is there for a reason.”

Like the ceremony customary to Igbo people in cutting the hair of a dada child, performing rituals is the foremost form of theatre performances in Igbo land.

African historians have argued that rituals are the foremost form of theater performances in Africa. And what is theater but an attempt to bring life’s perceived or experienced realities to life on a stage? Perhaps, in a time lost to memory, the Igbo people have had various experiences with dada children and have tried to bring those experiences to the stage of performances. And these performances in the course of time constituted the outlook on dada children and the ceremony with which they are rid of the dreadlocks with which they came to life.

There is no scientific or rational explanation for the numerous (spiritual) problems that have resulted from the careless handling of the hair of a dada child. But there are various anecdotes which seem to illustrate that whatever beliefs people have come to hold for long takes a root in their reality. Most of these stories about attachment to the spiritual worlds or a person being accompanied to the world by spirits who one should take heed or ward off, appear to take a deep root in Myths. However, sometimes, they come with a reality that startles those who act against the beliefs. Darlington Chibueze, a writer and researcher explains, “Myth for the Igbo, for the African, is an oral narrative that illuminates the essence, the life, the philosophy, the culture, the people. The Europeans who regarded African myths as fallacy were because they had neither understanding nor interest in the African heritage or culture. They sought coherent and scientific interpretations of life. But when they couldn’t see that, they assumed myths are fables. But myths among the Igbo people, are not fables because they are recreated in rituals, and hence take a root in reality.”

Salaka: a ceremony where an animal is killed and sacrificed to a deity. And people are invited to eat and merry. It could be for the purpose of initiation, house warming or any form of celebration that requires it.