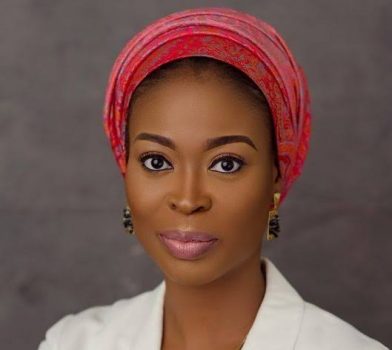 2023 Elections: Nigeria’s Choice of President Should Be Based on Ability, Not Gender

The contribution of women is unequivocally needed to build a more prosperous, just and peaceful Africa, and this fact needs to be recognised since we are now living in a more progressive, fast-changing world…

No amount of poring over polls will tell us the precise degree to which the bias against women influences the mind of people and the votes they cast in every election. The fact remains that in the history of Nigeria, the emergence of a female President has not yet been documented. This is not owed to the fact that women have not made attempts to vie for the seat over the years. In fact, a couple of women have surfaced from the backdrop of politics as Presidential candidates in previous elections.

The likes of psychologist, social reform proponent and philanthropist, Sarah Nnadzwa Jibril who is accounted as the first female Presidential candidate both at the primaries and main elections, ran for the seat of the President four consecutive times, in 1992, 1998, 2003 and 2011, each time losing to a male candidate either in the primaries or in the main election.

Another is politician and writer, Oluremi Comfort Sonaiya who contested as the only female Presidential candidate in the 2015 general election under the KOWA party. Also, Oby Ezekwesili contested as the only Presidential candidate of the Allied Congress Party of Nigeria in 2019. She surprisingly stepped down after the ballot materials had already been prepared with her party included. Her withdrawal came as a shocker to many, and it confirmed the notion that women in the Presidential race are only there “to test the waters” and not actually contest, an assumption her stance would have vehemently disputed.

Despite their enthusiasm, good intentions, interest in the well-being of the masses and their thirst for positive changes, these women however, met with formidable setbacks which are the major factors militating against this ambition. One of these factors is the perception that a man should not be led by a woman; an idea that stems from and is fueled by the male ego which considers women as weak, vulnerable and fickle.

Women are perceived as emotional and highly temperamental, unlikely to survive in positions such as the President’s. This, of course, arguing from the quintessential leadership cases of Liberia’s Ellen Johnson Sirleaf, and Queen Elizabeth, is the height of political naivety.

It is a fact that in Nigeria, specific leadership positions are reserved for men, and the Presidential seat is not an exception. Rather than focus on prerequisites such as competence, honesty, credibility or aptitude, the masses seem to elect their leaders from a gender-biased lens.

Nigeria’s two dominating political parties the APC and PDP only throw their weight behind men as their Presidential candidates, a factor that poses as another constraint to the emergence of a female President. Surprisingly, in 2011, Jibril lost the primary election to Goodluck Jonathan with a single vote margin. This sent a message: the place of women in power was being validated.

As the 2023 elections beckon, questions keep arising as to who the next President of Nigeria would be. Some of these questions revolve around Khadijah Okunnu-Lamidi who has officially declared her intentions to run as President, and at this point remains the only officially declared female contestant for 2023. Many wonder if she would alter the status quo and perhaps become the first female President of Nigeria.

Okunnu-Lamidi, like every other politician, has made a number of promises and laid down expectations for the people to look up to. In her speech at a media conference held in Lagos, and as disclosed by the founder of Slice Media solutions, her motivation in competing for the President’s position is rooted wholly in her passion to harness the undoubted power of Nigeria’s teeming youths to unleash the country’s latent potential, which she has described as a force to be reckoned with globally. She had made other savoury promises.

Amongst other aspects such as education and character which proves her eligibility and deservedness, Okunnu-Lamidi is known for her work on gender balance and youth development advocacy. She has also led many constructive and goal-oriented activities such as the Water Relief Nigeria, Help Our Youth (HOY), To Better Nigeria, and Project Bridge the Gap, etc. While she might appear promising, would Nigerians and the Nigerian political system move past their ideologies to elect her President? Would she not be ignored as were others before her?

Being elected into a leadership position should be based on competence, merit, leadership abilities, character and experience, and not on gender preferences or the alpha male syndrome. Women have been shown to be reliable and competent political leaders, as much and sometimes better than their male counterparts.

A bend or total overhaul of the unspoken rules associated with the President’s seat as it has to do with men consistently being President as well as the perception of women as incapable would not deteriorate the system. An overhaul will give equal chances to both men and women to contest and win Presidential elections. As far as Nigeria is concerned, men have been Presidents consistently since independence. Electing a woman as leader of the country could, perhaps, further the goal and vision already established by past Presidents.

Women such as Sahle-Work Zewde who is the first elected female President of Ethiopia, came into office in 2018 after being unanimously elected by members of the National Parliamentary Assembly and has since demonstrated what it takes to be an effective President.

Before her election as President, she was active as Special Representative of the United Nations Secretary-General to the African Union, and Head of the United Nations Office to the African Union. She has also contributed vehemently to Ethiopia’s development since she entered office and has since been a source of hope to young Ethiopians and women. In March 2020, to stem the spread of the COVID-19 virus, Zewde pardoned over 4,000 prisoners in the country.

Another typical example of a working and competent woman President is Samia Suluhu Hassan who emerged as the first acting female President of Tanzania and was sworn into office in 2019 after the sudden death of the previously elected President, John Magufuli. Before she was elected, Samia was an avid journalist and activist in Tanzania. Among other things, her effort towards curbing the spread of the deadly COVID-19 pandemic in Tanzania is commendable.

There is a long list of women serving effectively as Presidents in Africa. It will be shameful if Nigeria remains an exception. Alternatively, efforts could be made by a male presidential aspirant in the major parties in Nigeria to, like in the case of Tanzania’s John Magufuli, nominate a female as vice president. The contribution of women is unequivocally needed to build a more prosperous, just and peaceful Africa, and this fact needs to be recognised since we are now living in a more progressive, fast-changing world.

It is rather unfair for gender constructs to be the determinant for leadership positions in Nigeria specifically for the seat of the President. Rather, there should be better inclusivity. It is time for justice and fairness to come to play. People’s decisions on who to vote for should not be influenced by gender but the interest of the nation.

Be it a man or woman, good leadership is geared towards success and development, and whoever is in office is not exempted from these expectations. Contrary to popular opinion, women are determined, intelligent and purposeful and should be afforded the same opportunity available to men to effectively lead the nation.

Moreover, what the country needs is an individual, man or woman, who can move past sentiments, emotions and ties, to perform their duties. The future of Nigeria and the rest of Africa depends on this.