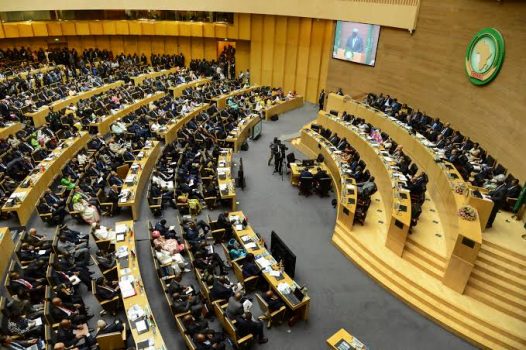 These countries and their leaders find it easier to ignore the atrocities of other neighbour nations, and by so doing, they lodge in the company of oppressors, and abuse the fundamental human rights of the ruled…

From some of the most significant political events in recent years, it would seem Africa is back on the track of military coups; from Zimbabwe to Mali, to Guinea, and even Sudan where last month, there was a failed coup. This is supposed to be perceived as a threat to post colonial democracy, but from all indications, the coups have caused significant troubles more to the political elites than to the citizens. Recent surveys have shown also that the citizens of most countries where these coups occur, are not exactly against the coups, and in many cases, citizens have long lost hope in the overthrown governments. In recent times, we are seeing before us the failure of the post colonial model of democracy playing before our very eyes. With unrests sweeping across African countries, it is unlikely that we have heard the last of political uprisings, as the problems facing African countries (many of them fundamental in their nature) are nowhere near being properly addressed. What is most painful is that Africa’s cohesive body, The African Union (AU) seems to be a system built to foster the forces which give rise to these problems rather than provide solutions to them.

A number of headlines in the news after every coup has always carried stories about the AU condemning the coups and the illegality of overthrowing a ‘democratic government.’ Since the Mali coup which ousted Ibrahim Boubacar Keita, there have been multiple sanctions against the country by the AU and even the European Union, with the French President, Emmanuel Macron, threatening to withdraw his soldiers from the country. But the problem with these sanctions themselves is that they do not really address the root causes of the problem.

One of the current tragedies of postcolonialism is the inability of African countries to boast more stable governments than what the colonialists gave. The continent is ridden with various guises of corruption, poverty, frustrated young people, and what not. What is more, 60 years after colonialism, Africans are faced with neocolonialism, a subtler and more serious problem which is not being given the attention it deserves. The African intelligentsia which ought to have raised enough awareness on the intricacy of the problem have long become bedfellows with the political elites, and in one dizzying embrace, they have formed the circle of oppression. The AU itself which, ideally, ought to look after the good of Africans seems to be a bedrock of neocolonialism. The AU now seems to be running on vestigial functions.

The AU, according to its objectives, is aimed at promoting peace, stability, and democratic principles in African states. So far, there are only minute pointers to indicate that the AU has succeeded at any rate in fostering member governments of its union to achieve these objectives. Insecurity is a major problem in many African countries including its most populous country, Nigeria, similarly plagued by a barrage of issues; alongside some of its West African neighbours, Mali, Niger, Guinea and Senegal. Abuse of fundamental human rights has been a constant issue in these countries. While Mali, Guinea and Niger have had their fair share of coups, Senegal and Nigeria in 2020 saw an uprising of protests which shook the respective countries, with the #EndSARS protests in Nigeria ending in a tragic shooting at the Lekki toll gate in Lagos.

More recently, a famine crisis hit the Tigray region of Ethiopia since its government decided to put a blockade on the region shortly after Abiy Ahmed, the Ethiopian Prime Minister, was awarded The Nobel Peace prize in 2019. The United Nations has called the blockade “the world’s worst hunger crisis in a decade.” With thousands of children suffering and dying from malnutrition, the crisis is reminiscent of the blockade suffered by Biafra in the unacknowledged Nigeria-Biafra genocide and war which lasted from July 1967 to January 1970. Yet, the AU has not made any decisive step to broker peace between the warring parties or to ensure that the blockade ceases. Perhaps, their silence confirms their morbid allegiance to their objective to protect the territorial integrity of its members states. Why would the AU keep silent when people involved in the struggle for self-determination are dehumanised? By this silence, the AU tilts itself on the side of the powerful against the oppressed. The price for this is the death of thousands of children and pregnant women from malnutrition and starvation.

An Igbo proverb says that a goat does not give birth in extreme pain when an elder is in the house. The Igbo people in their observatory wisdom have always watched the world closely. As their proverbs lay proof to, they have often carved out anecdotes of profound wisdom from very relatable events around them. The above proverb is representative of a much more intricate insight to life. Elderliness among the Igbo people signifies leadership. It is the duty of the leader at home to make sure that the goat giving birth to its kids does not face extreme pain. In Africa, however, we see leaders watch silently while genocide, starvation and all sort of humanitarian crises occur in the abode of their fellow rulers. From Rwanda, Ethiopia, Mali, Nigeria, to all African countries, most heads of states have skeletons of tyranny in their cupboards.

These countries and their leaders find it easier to ignore the atrocities of other neighbour nations, and by so doing, they lodge in the company of oppressors, and abuse the fundamental human rights of the ruled. These same rulers constitute the leadership of the AU. Africa then faces the dilemma of having these same people steer the affair of the continent’s leadership. The frustrations are now getting to a crescendo, and the inevitable results are military coups and heightening calls for secession.

Michael Chiedoziem Chukwudera is a freelance writer, journalist and editor. Follow him on twitter @ChukwuderaEdozi. You can also reach him chukwuderamichael@gmail.com.