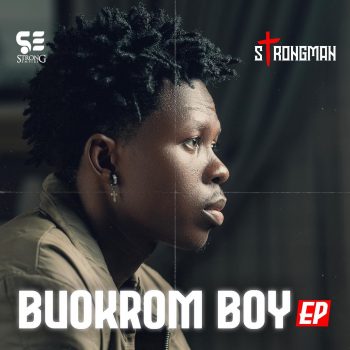 Strongman Pays Homage To His Root on “Buokrom Boy” EP

As a mark of respect, he names this EP after his place of birth, Buokrom, a famed neighbourhood in Kumasi, the capital of the Ashanti Region…

Osei Kwaku Vincent, better known by the name, Strongman, is a rapper, singer, record label owner, and until three years ago, one of rapper Sarkodie’s protegees. Strongman has been in the game for quite a while. His new extended play, Buokrom Boy, was released on November 25, 2022 under Strong Empire.

Strongman’s rise to fame started in 2012 when he won the Next Big Thing in GH Rap music.  From then on, he was under Sarkodie for about five years before founding his own record label which housed his last project, 10 AM.

Buokrom Boy has been in the making for close to two years. It arrived after some needless beef with Medikal (who features on the project). Buokrom Boy finds Strongman at ease with himself, fully operational with his sound and comfortable in his delivery. At the end of the twenty three minutes of this project, it becomes clear the reason Strongman has become better and a force to reckon with in the Ghanaian music space. It is his incredible wordplay, ear for sound, well-placed collaborations, and ability to tell seamless stories. As a mark of respect, he names this EP after his place of birth, Buokrom, a famed neighbourhood in Kumasi, the capital of the Ashanti Region.

The songstress, Efya’s vocals are the first you would hear on this EP’s opening track “King You Wanna Be.” The voice comes from a place of honesty and genuineness. It shows a singer who knows her value. Efya complements Strongman’s bopping, free-flowing and braggadocious rap. The bopping instrumental effortlessly rides on the rap line, not forgetting the occasional synth. Lyrically, the track sees Strongman offering the listeners a synopsis of his state of mind, his hard work, and the journey to this new state. He also leaves a message for the naysayers. The lyrics are sharp. Sometimes, Strongman slides in some hilarious double entendres, such as, “Keep watching porn hub, one day you can take my slut (slot),” or “You gave me 50 cents, you want to see me in the club.”

No singer would have brought out the beauty of this song except Efya. She delivered impeccably on the assignment. Even though Strongman confines her to just the hook of the song, her impact is not diminished.  Strongman had many things to say, and starting Buokrom Boy with this track shows how intentional he can be. “King You Wanna Be” is a fine meeting point of New York Rap with Ghanaian cadence.

(Read also: Nikita Kering’ Relives Endless Battles with Trauma on The Other Side EP)

“Yente” features singer and Hip-Hop icon, Medikal. The song revolves around life. Strongman raps about life and his new lifestyle. Ever since money no longer stood as a problem for them, partying and living life to the fullest became the norm. “Yente” thumps through your speakers, reverberates through the rooms, and the words hit you hard. The lyrics stem from personal experiences.

Medikal fully comes on. Lyrically, he is not up to match with Strongman on this song.  The delivery is not so impeccable or bound to captivate the listeners, but it doesn’t take anything from the song as Strongman already completed the song before the feature artiste delivered his verse. This is one of the things that stand Strongman out from his peers. When he features artistes, he makes sure that he delivers his best, most times making the delivery of his collaborator just an appendage. Just like the first track, “Yente” still retains that Hip-Hop element. It has a stellar aura, and an energetic air.

Produced by Tubhanimuzik, “Dreams” sees Strongman philosophising about life. Like all dreams, they sometimes get impeded by obstacles. Strongman relates stories about his journey so far in the music industry, and how his naivety at the early stage hurt him. Most of the lyrics of this song seem to be based on personal experiences. Strongman is a teacher, lecturer and motivator on this particular track.

“The new you should be better than you old” is one of the stand out one-liners on this track. One stunning thing about this song is the dumbing down of the rest of the production to allow the drums and synth stand out. It gives this track a serene feel. The  unnamed singer on this track adds to this. It’s a backup that holds the track in the right frame.  “Dreams” would  have been a spoken-word delight if you remove the production. It shows how poetic Strongman can be. Beyond being a rapper, Strongman could easily become a life coach. He is that exceptional and intelligent.

Slashing high hats, strings, and baseline collide to form the bedrock of “Sika.” The rapper, Sista Afia, delivered the hook. Sika means “money” or “gold” in the Twi language of Ghana. Strongman talks about money on this track; what money does to people, how money changes girls and more. It’s deft Hip-Hop at its peak. The production as well as the lyrics is clean. The mixing and mastering of the song is superb.

The fifth track on this project, “Sing Your Name,” is built around infatuation presented as love. The first three opening lines on the first verse are direct. “Sing Your Name” states what Strongman wants in a girl. And luckily for Strongman, the girl in question offers all he wants; she has a good body, her beauty is second to none. No wonder Strongman says, “You no be GOD but wo mu no I Find faith.”

“Sing Your Name” is the only ballad on this album. Strongman sequentially arranges his lyrics on this track; from talking about the girl’s beauty to her character and more. It’s still a beautiful track. The feature singer, Mr Drew comes through with an impeccable hook, making Strongman’s rap easy to flow in. What a track!

What’s rap without some over-bloated ego? Strongman comes fully on “Goated.” If people won’t give him his flower, he vows to snatch it, he seems to rap. The fast-paced production meets Strongman’s quick rap flows. “Goated” is punctuated with bopping drums and shimmering strings. This might be  a continuation of the opening track. “Goated” is Strongman’s way of telling his story, basking in his rap ability and laying his legacy.

Buokrom Boy ends mid-tempo. Strongman mixes Ghana’s traditional Highlife beat with Hip Hop on “Ekwan.” It pays homage to where he comes from. What a perfect tribute. It shows the rapper has not forgotten his roots, the people who made him. Strongman expertly blends two cultures, and they both come off well. 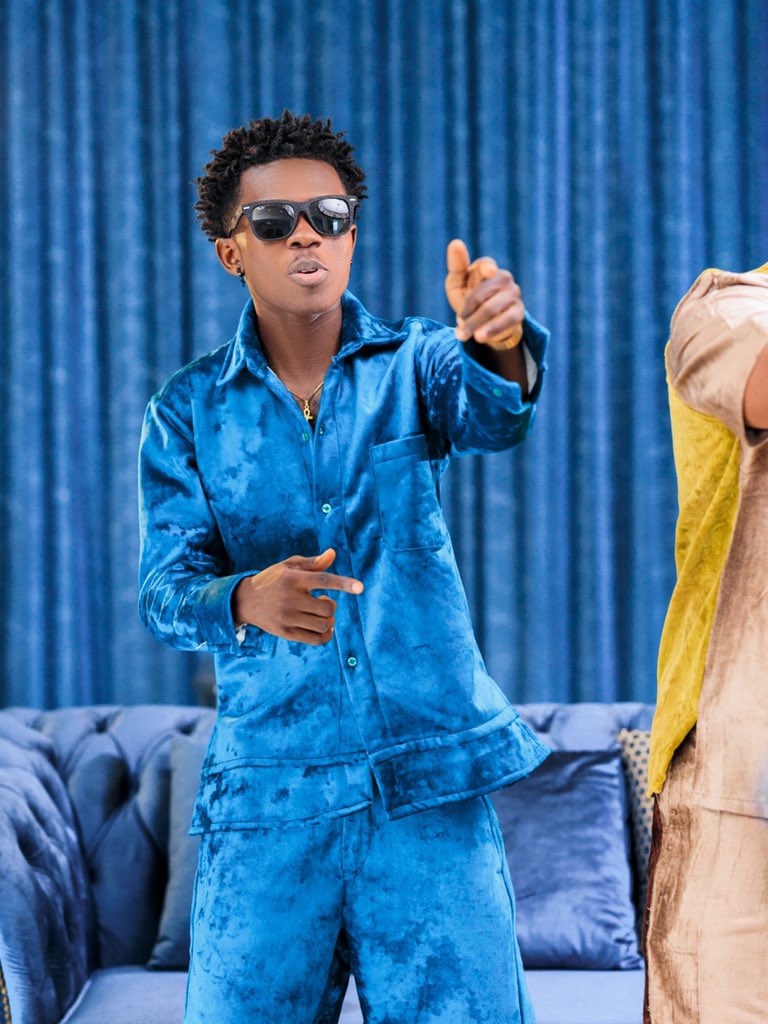 In Buokrom Boy, Strongman takes his listeners right back to his roots where it all began for him. He gives a taste of what indigenous music sounds like from his hometown.  Strongman is conscious of the place of history, and how it is rooted in a man’s journey in life. His ability to keep everything short and straight to the point greatly aids the replay value of Buokrom Boy.