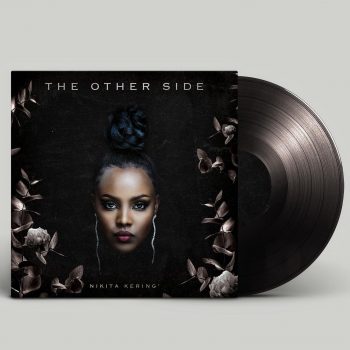 The production of The Other Side is well thought-out. From the title to the artwork, colour, lettering, and even the track selection which makes the storytelling easy to grasp, you discover an artiste who gives her music the needed concentration…

Nikita Chepchumba Kering better known as Nikita Kering’ is a young Kenyan actress, media personality and singer. 17 months after the release of her debut A Side of Me, Kering’ makes a dashing return with a follow-up titled The Other Side on November 11, 2022 under Universal Music, South Africa.

Nikita Kering’ was a child star  who got the attention of many at the age of ten. She developed her stage performance skills during concert days at Riara Springs Academy, Kilimani Junior Academy, and Nairobi Academy, and later while she sang along to the music of Emmy Kosgei.

Kering’s hard work paid off in 2019 when she was selected for the Empawa100, a mentorship programme for fresh talents across Africa spearheaded by the renowned Nigerian artiste, Mr Eazi in 2019. She was awarded funding of $3,000 to produce her first video for the single, “Tragedy.” This was followed by strings of singles and later a debut body of work. The release of Another Side of Me marks a new dimension to Nikita Kering’s artistry. Just like her debut, this new project has no feature.

Mid tempo keyboard pick and shimmering synths collide with an alluring vocal on the intro of “On Yah.” It invokes a heavenly feeling. It gives off this gospel aura. Alas, the reverse is the case. The song explores heartbreak, the typical “It was my fault and not yours” type of conversation after the awful end of a relationship. Nikita Kering’ admits to deliberately putting the blame on her lover instead of herself. What’s the need of admitting your errors when you can lay the blame on the other partner, she seems to ask on this song.  At the two minute mark, the singer talks amidst  some background vocals: about how she likes to be loved rather than to love. “On Yah” is an admittance of wrongdoing by Nikita Kering’. It saves the guy in love from wasting his time with her. It takes a lot of well-thought out reflections for anyone to come to the realisation that a relationship was no longer serving its intended purpose. The soulful tune finds Nikita Kering’ at her best, from the free flowing vocal to her distinct articulation of words alongside the superb percussive production.

Nikita Kering’s ability to swirl between mid and up tempo vocals is impressive on “Last Name.” At the start of the song, she is calmer, laying down her words about how the guy captured her heart, and how she drowned in his voice. It suddenly changes midpoint when she sings about how she doesn’t even know his last name. With her numerous unfavourable experiences with love, Nikita Kering’ didn’t believe any guy could sweep her off her feet. No doubt, the new guy brought something infectious to the game.

“Last Name” is a soulful tune, anKering’s attempt to pour out her emotions. It’s an infectious tune. From the back up singer who occasionally comes up, to the mid tempo production which allows Nikita Kering’s message to seep in. It is all shades of beauty by the singer.

Nikita Kering’ explores Dancehall and Soul music on “Save Me.” It has a Gospel element, yet the topics treated are relatable to secular listeners. Nikita Kering’s years of trauma seems to be affecting her current relationship; she finally admits this and calls on God for guidance.  She starts with “The only way I could survive it was pretending that I’m Okay.” The touch from her lover is repulsive to her. This song sounds more like an offshoot of experiences garnered from previous heartbreaks. The domino effect of the heartbreak is evident on this song.

The Dancehall-propelled guitar strings come alive at the last minute of the song. Here, , Nikita Kering’ dashingly mixes two genres. She allows the instrumentals to play out while her vocals take some recess. “Save Me” is a post-break-up song ensconced in Gospel. Nikita Kering’ might have just killed two birds with a stone in this song.

“How you gon find love outside when you are in love with me?” Nikita Kering’ asks on her most vulnerable track, “Love Outside.” She is clear on where she stands as the love between her and her boyfriend goes sour. “You won’t find another person better than me,” she threatens. Would the guy accept this?

On the second verse of the song, we get to know that the relationship has been swirling between more of downs than ups. “I’ve been here before, banging on the door/ Say you coming back to me (back to me)”

Nikita Kering’ proudly claims that the guy would come back to her just like he did earlier because she had him “by the balls”. “Love Outside” is drenched in R&B, and sees Nikita Kering’ effortlessly delivering an impeccable performance.

Having achieved giant strides at a young age, it won’t be out of the norm for Nikita Kering’ to brag about her accomplishments. On “Unrelatable,” she sings about naysayers.. She is unapologetic about her successes  To Kering’, none of her detractors can relate with her success. While she rakes in millions, they still make do with their minimum wages. Thissong is also a pointer to all the necessary steps Kering’ had to take before she could be successful. Nothing comes easy, she sings.

“Falling Down” has a tropical feeling, yet the topics are dark and are thought-provoking. It is an avenue for Kering’ to let out years of emotional trauma; “Cousin he said he likes to see through (Undress/Touchy, touchy, yeah, that shit true/oo many scars in my head. Got me standing the dead.,” she sings.

Those lines explore the issue of sexual assault in the family, and the incestuous relationship between  between cousin and nephew. These types of topics are usually  discussed in hushed tones. Through  her music, however, Kering’ sheds some light on it. Beyond this, she also talks about her state of mind, the hate in the industry, and how she has been conditioned to reciprocate the same gestures even when it might be unnecessary. “Falling Down” is another vulnerable track from Nikita Kering’. They say after the sunshine comes the rain. Nikita Kering’ ends the project with a thoughtful and soulful take on life after dark moments. She uses light and darkness as the representation of the good and bad things in life. This song seems to have been created from a place of trauma. It’s a therapeutic tune for the singer, and it’s most likely to be the same for the listeners.

A year after the groundbreaking release of A Side of Me, Nikita Kering’ seems to have stepped up her game. The Other Side is a taste of her innocence propelled by refined lyrics. Occasionally, it shows it is not well thought out, yet the message remains clear. 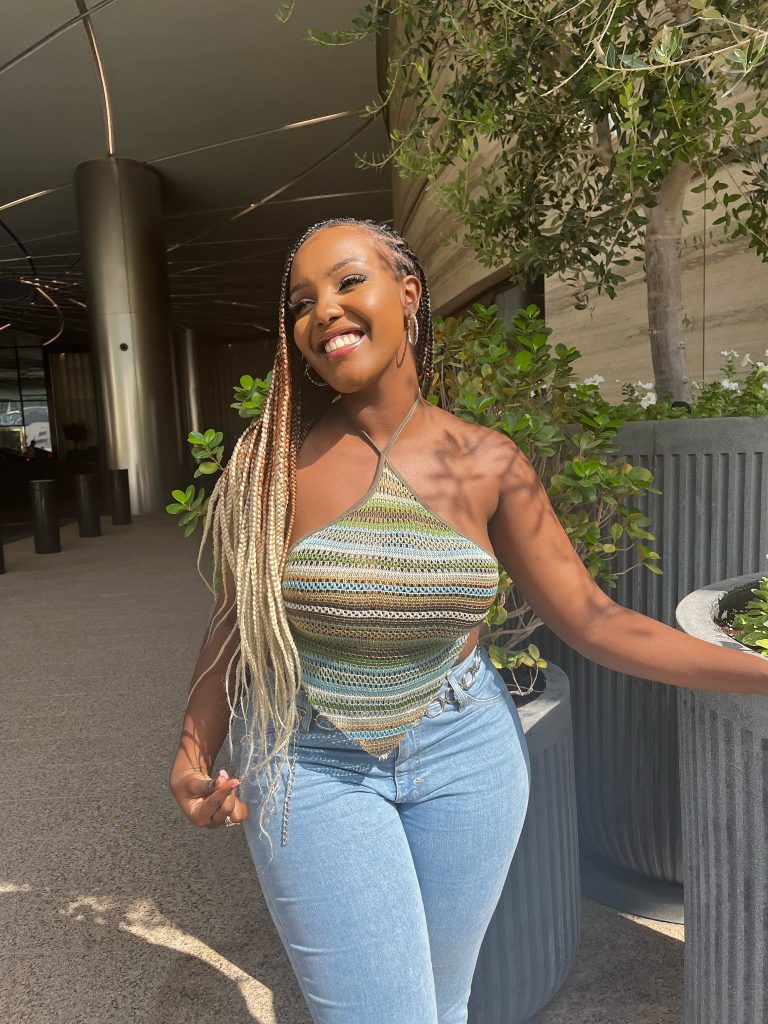 Nikita Kering’ is a star in the making who gets better with each release. This new project shows the direction she is heading to. Her level of commitment to her craft is magnificent. The production of The Other Side is well thought-out. From the title to the artwork, colour, lettering, and even the track selection which makes the storytelling easy to grasp, you discover an artiste who gives her music the needed concentration.

Nikita Kering The Other Side