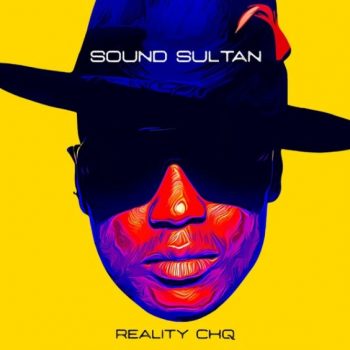 Sound Sultan has nothing to prove. He has seen it all. This EP serves as a victory lap for an illustrious and prolific music career…

More than a year after his death, singer, social crusader and songwriter, Sound Sultan, cemented his over two decades long career with the satirical extended play, Reality CHQ.

According to veteran music producer and founder of Coded Tunes records, ID Cabasa — who also produced a large chunk of the tracks on this project — Sound Sultan had almost completed this project before he passed.

While alive, Sound Sultan was renowned for using his music to speak against societal ills, poverty, and bad governance. Songs like “2010,”  “Naija Jungle,” “Fayaa Fayaa,” and “Bushmeat,” are typical examples. He was also known for his innate ability to create songs for the club.

Olanrewaju Abdul-Ganiu Fasasi was born in Jos, Plateau State in 1976. He began showing interest in music in the 1980s. After winning various talent hunt competitions, he came under the tutelage of his elder brother, Baba Dee, for a number of years. Along the line, he went into event hosting to raise money for his studio sessions.

Sultan’s debut single, “Mathematics,” remains a cult classic among Nigerians. The message still rings a bell. The impact has never been forgotten more than twenty years after. He was signed to Kennis Music thereafter, and he remained with the label till his contract expired in 2007.

At the end of this deal, he joined hands with Baba Dee to found Naija Ninja. The label signed Yung Racey, Karma, Sean Tizzle and others. Sound Sultan released more than five projects under the label. His last, Out of the Box, was released in 2016.

“Friends” opens the floor of Reality CHQ. The up-tempo production is centered on drums and horns. It is a celebration of friendship. Sultan seems to be in both a happy and reflective mood. Although he celebrates his friends, he’s careful about the bad eggs among them.

According to Baba Dee, Sound Sultan felt love – from the sheer volume of “get well soon” messages he got – before he passed, and plans were underway to shoot a music video while he was undergoing treatment in the USA. The back-up singer on this song brings more life to it. With “Friends,” being the EP starter, Sound Sultan passes a message to the listeners. It’s a show of appreciation to those who have been supportive towards him and his brand. I think everyone has a lesson or two to pick from the whole lyrical structure of this song; from Yoruba adages – which have been overused, to the illustrations and ad-libs which teach honesty and gratitude.

When it comes to songwriting, He has never been found wanting. This song reinforces that. By the time it reaches its final sixty seconds, the production changes to a mode sonically similar to Fela Kuti’s. This is a clever way to end a song.

He remains one of the few artistes in Africa who understand the essence of the social consciousness of music, of using music to correct the problems in society. On the 2Baba-assisted “Siren,” Sound Sultan becomes the voice of the oppressed Nigerians. He sings about the importance of justice over peace. The song is centered on the maladministration which has become synonymous with the people in power. The ensemble on this song is emotionally charged; and although it’s subtle, the message is clear. When Sultan said, “I hear siren,” he addresses police brutality. “Siren” is a call for justice, a cry for help, and a song of reawakening for the people.

The title track, “Reality CHQ,” features wavemaker, Bella Shmurda. The song is pivoted on contentment. On this song, Sound Sultan advises the listeners about the inequality of life, and how money doesn’t solve most of life’s problems. According to him, such thoughts are mediocre. Bella Shmurda, on his part, complemented the message by advising the listeners to believe in themselves, and to pray to God for blessing. The back-up singer delivered an Afrobeat-like solo take. This remains one of the finest moments on this track. The track starts  mid tempo, glides to an up-tempo mode, and returns to mid tempo. Truly, it’s a reality check.

One of his mantras which litters his music is equality. On the opening of “Level,” a voice note plays on. It sounds like a message to Zlatan Ibile. In this intro, Sultan explains the significance of the title; the song is about Jaiye. Alico wants Jaiye. Aliko wants to jaiye (have fun), too. It’s a pun on two names: Alico and Aliko (Dangote). According to Nigerian artiste, everyone has the right to party and have fun by their means. These songs always bring out the brightest side of Zlatan Ibile. He comes on with his hilarious ad-libs and one-line refrains. As usual, the backup singer’s excellent voice illustrates the message. Zlatan Ibile’s verse, however, fails to properly situate the topic. It dribbles but fails to score a goal. At the end, the alluring backup singer saves the day.

He has nothing to prove. He has seen it all. This EP serves as a victory lap for an illustrious and prolific music career. I’m uncertain if this would be the last posthumous project from the singer’s record label. If it is, then, they have surely done well. Reality CHQ exemplifies what the Sound Sultan brand stands for — the emancipation of the people.

The short time frame of this project would aid its replay value. The arrangement makes the tracks flow seamlessly. The message is too clear and sharp to be missed. What a perfect way to end a legacy!