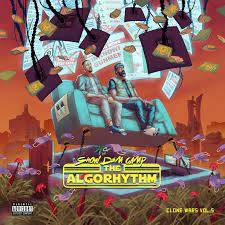 It was September 2013, I had only just completed law school a few weeks earlier, and eager to make the most of the short vacation preceding the next phase of my career, I tuned in to MTV Base. Wizkid’s “Caro” and Davido’s “Skelewu” were the chart-topping songs at the time, but there was a particular track that sounded so different, it caught my attention barely 10 seconds in.

“Feel Alright”, the song in question, featured acoustic guitar, drums and a keyboard. Boj delivered a sonorous hook with his baritone voice (per usual), and Ladipoe – who at the time was still cutting his teeth as a rapper – handed in a catchy second verse, but it was the wordplay rendered by the two men wearing white agbada that stuck with me. I would later find out that they were Wale “Tec” Davies and Olumide “Ghost” Ayeni, the duo professionally known as Show Dem Camp.

Music TV channels were not exactly kind to non-mainstream artistes in the early 2010s, and my music tastes underwent an evolution of sorts, so I did not hear from the duo again until March 2018 when I stumbled on the video for “Popping Again”, a collaboration with Boj and Afrofusion star Odunsi the Engine. By that time, they had released their 7-track EP Palm Wine Music, which included appearances from Ajebutter22 (“Independent Ladies”), Tomi Thomas (“What You Want”) and Ladipoe (“She Wants More”). I knew I had a lot of catching up to do, and I spent the next four weeks rectifying that.

Show Dem Camp have come a long way since the release of their 2011 debut album The Dreamer Project, which included the hit single “Farabale”, a collaboration with May D. After a few years in the wilderness, they have finally gained some mainstream acceptance, while staying true to the core elements of their craft. Between 2017 and 2019 they pulled off a trifecta of records – Palm Wine Music, Palm Wine Music 2 and The Palm Wine Express – which were well received by Nigerian hip hop audiences, at least from a critical perspective. 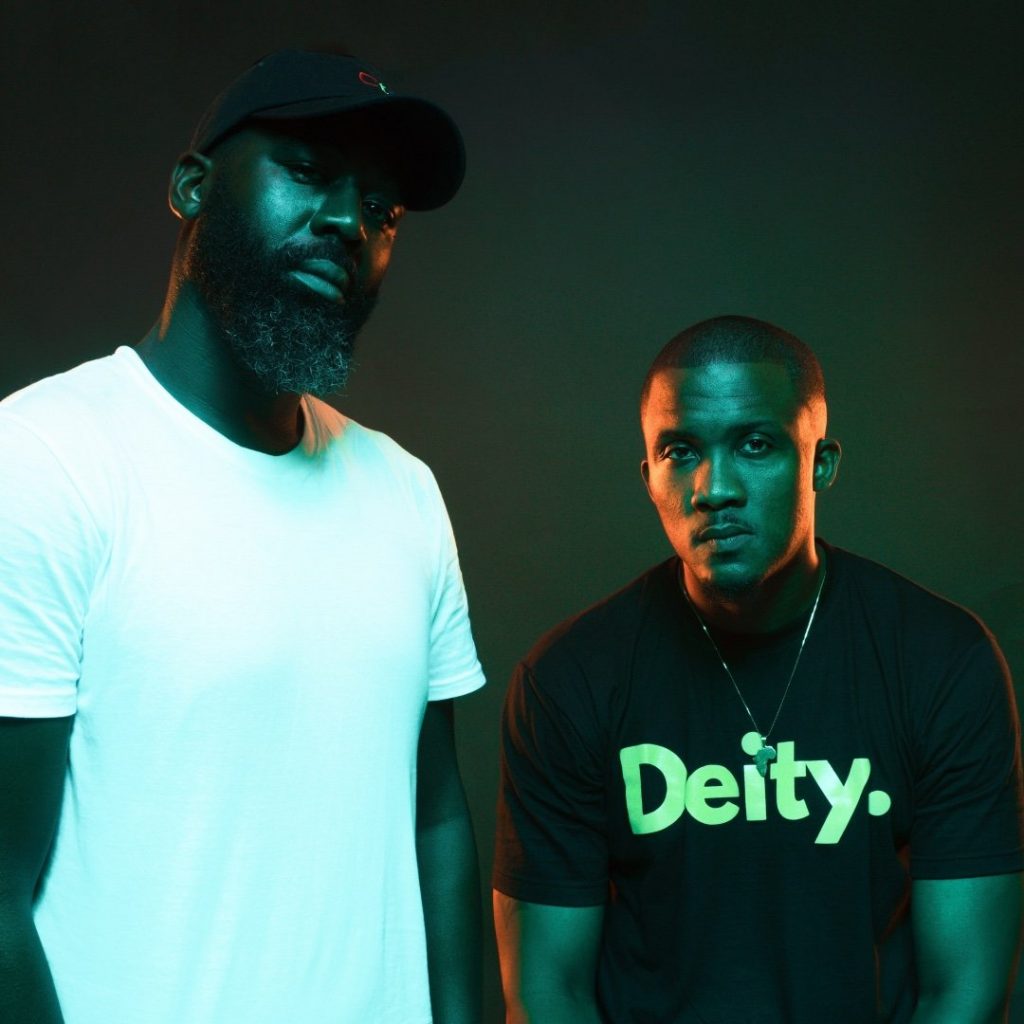 It is on their mixtapes, however, that these two rappers prove their mettle, flex their lyrical muscles, and hold themselves out as two of the continent’s finest MCs. The Clone Wars series, which has featured four installments between 2010 and 2019, is where they are most comfortable, addressing social issues with hard-hitting lyrics. With tracks like “How Far”, “Hunger Cries”, “Duade” and “Epigenetics”, the duo have used their music to touch on issues like mental health, toxic masculinity, cybercrime and internet fraud, among others.

Little wonder, then, that their (relatively) small but loyal fan base was giddy with excitement when Clone Wars Vol. 5: The Algorhythm, the fifth installment of the Clone Wars series, premiered on July 9, 2021. With a running time of 47 minutes, it involves production input from Toyin Ores, Spax, T.U.C, Sichangi, Kid Konnect, and Inem Usoro.

The mixtape gets off to a start with a drum-heavy intro, which features a voice message that runs like a political speech. Beyond setting the thematic tone for the rest of the record, it draws allusions to the #EndSARS protests of October 2020, which was bittersweet for the Nigerian youth population: it witnessed a political reawakening that unfortunately, came at the cost of many young lives.

“YKTV” sees Ghost put his baritone to use as he raps about hustle and survival, amidst percussion and drums supplied by Toyin Ores; the brilliant production helps for an encouraging opener. Ladipoe teams up with two of his longtime friends on “Align”, a track that dwells on purpose and identity, featuring clever lyrics like “no dey blame your papa for your poor decisions/even mechanics know that there is no drive without alignment”.

Frequent collaborator Tomi Thomas joins the duo on “Rise Of The Underdogs 2”, delivering a reggae-flavoured hook as Tec drops hard truths: in Lagos, nobody cares about what you have to say if you’re not displaying affluence. Ghost saunters in with courtroom wordplay, as he expresses his desire to “go bar for bar with your favourite rappers like litigators”.

“Draw me Close” involves the sampling of 90s U.S hip hop tunes, but on this track that interrogates friendship and emotions, the real shining star is the relatively unknown Shalom Dubas, who channels Lauryn Hill as she delivers lines like “I know life could be cruel, but like Stella, we always get groove back/Lord knows I get lost without you like Robin Thicke” with the composure of a veteran. Police brutality and a floundering Nigerian economy are the themes addressed with “Focus And Drive”, where Ghost expresses his despair with the lyrics “f*** Olopa 24/7 365, life is bittersweet, but Naija lemonade is pepper spray…”

The “Big Liko” skit is a hilarious allusion to the sex scandal involving Dangote which broke out earlier in the year, but it also sheds insight on the brazen falsehood with which Nigerian public figures deal with allegations of misconduct. With an opening rhythm reminiscent of Falz’s “Bop Daddy”, “Tycoon” sees the duo link up with Reminisce who displays the right level of braggadocio required of an A-list indigenous rapper, while Mojo joins them to ruminate on food scarcity. The “Big Dream” skit calls out draconian government policies that stifle innovation, and on the Sichangi-produced “New Norm”, Show Dem Camp comment on the bleak state of the polity, with Tec stretching his vocal cords to the limit.

Tomi Thomas shows up again on “Vipers”, this time with Jesse Jagz, who rolls back the years with a well-woven verse that shows no signs of microphone rust. “Ghost Rant” is partly monologue and partly spoken word poetry, and when Ghost alludes to the Lekki Massacre of 20-10-2020, it’s difficult to avoid shedding tears.

Ogranya, Moss, and Alpha Ojini join Show Dem Camp to reflect on Nigeria’s dictatorial regime in “Streets”: if the line “you need more than one Moses to fight a Pharaoh who is rubbing shoulders with Mephistopheles/they see weapons when they see the youth” does not perfectly describe the state of the nation, then nothing will. “Human” sees Tomi Owo deploy her vocals on a track that dwells on sexual assault and gender discrimination, and the mixtape closes out with “Bright Skies”, a track that attempts to send out words of encouragement with respect to the COVID-19 pandemic.

In terms of production, wordplay, flow and delivery, it’s difficult to fault Show Dem Camp on the output of their latest artistic adventure. For them, rap is like clockwork, and they know all the boxes to tick. The duo also deserves commendation for beaming the spotlight on acts like Shalom Dubas. However, you just feel a sense of jadedness with the final product: this mixtape lacks the verve of Clone Wars Vol. 4: These Buhari Times, and while the cohesiveness of the record is not in doubt, there are hardly any “wow” moments, either with bars or with melody. It’s hardly their fault though: Nigeria is heading for the precipice, and they have been rapping about these things for over a decade, but everything is taking a turn for the worse.

Ultimately, Clone Wars Vol. 5: The Algorhythm makes a successful argument that Show Dem Camp is one of Nigeria’s most socially conscious acts of the modern era, firmly inserting the duo into spaces occupied by the late Fela Kuti, the late Sound Sultan, Eedris Abdulkareem and Beautiful Nubia. The mixtape runs with a darkness that is reflective of Nigeria’s political climate, but it’s by no means bad music. There’s hardly any room to dance or even clutch a cup of palm wine here, but Tec and Ghost had a message to pass, and they did that fairly well.