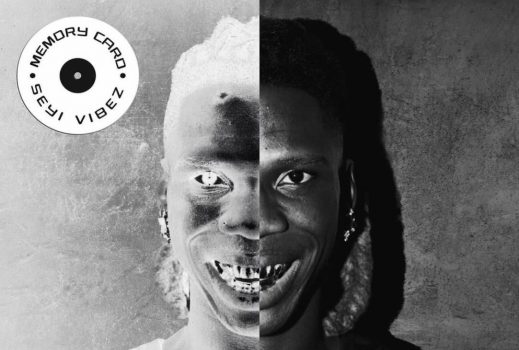 Memory Card is Seyi Vibez’ attempt at exploring the Shaje arm of Fuji. He understands the full range of his skill, and humbles himself to his limitations…

When the melodic and prayer-filled song, “Pay Day,” began to top charts across platforms in 2021, music act, Seyi Vibez, was forced to leave his abode in Ikorodu for the urbane and more sophisticated Lekki in Lagos Island. Two years later, Seyi Vibez has churned out project upon the project. His third in about seventy days, Memory Card, was released just six days into 2023.

As any December reveler would confirm, Seyi Vibez’s music dominated all major shows and concerts. Grammy-winning Burna Boy was even captured gyrating to his music. That has been the ubiquitous nature of Seyi Vibez’s Music. His songs are available everywhere, and he looks set to be one of the artistes to watch out for in the new year. But the journey didn’t start today. It has been a voyage of strife and tenacity.

Born in 2000 in the Ketu area of Lagos, Seyi Vibez developed himself by listening to music and releasing songs.  Early records like the prayer-themed “Anybody,” and the menacing “Dia Father” were pointers to his immense talent as an artiste. These early songs were popular in Ikorodu, and the residents shared them through Xender and spread the gospel of Seyi Vibez by word of mouth.

On one of his most popular songs, “Big Vibe,” Seyi Vibez becomes prophetic about the future, over a poignant instrumental, and while reeling out his accomplishments, he urges his fans to support him. This track serves as the lead single to his debut, No Seyi, No Vibe, which Afrocritik tagged an “exhilarating introduction.”

Year 2022 witnessed a sonic change in Seyi Vibez, a build-up on the success of singer Asake. For those who have compared both artistes, their opinions are valid. Seyi Vibez seems to have been inspired by Asake’s successful experimentation with crowd vocals, Fuji inflections, out-of-bound sampling, Arabic prayers, and more. These and many more were never part of Seyi Vibez’s music pre-2022. He started exploring these styles from “Billion Dollar,” and minimally,  in the debut single for the year 2022,  “C Major.”

With close to 22 years up his sleeves, and an upbringing split between Ketu and Ikorodu, there is ample evidence to show that Seyi Vibez was heavily influenced by Fuji music. The genre coined by the late Ayinde Barrister is heavily rooted in the practice of the ajisãrì (singers who wake Muslims during Ramadan), and is an offshoot of Wéré music, a music genre prominent in Nigeria in the 1950s.

The popularity of Fuji music in the 1980s to 1990s led to it having numerous subgenres with each artistes trying to distinguish themselves. Here comes Shaje, a subgenre of Fuji made popular by Obesere Omo Rapala in the 1990s. Shaje makes use of overt wheedling, and has an avalanche of street lingo with Arabic and Christian prayers to spice the songs up. Long before Naira Marley, Asake, and recently Seyi Vibez started exploring Shaje, artistes such as Oluwe, Qdot, and more had used the template.

Seyi Vibez’s new mixtape, Memory Card, an extension of “Chance” which is also another Shaje record, is a superb tribute to Shaje, and a stark pointer of where Seyi Vibez is heading in 2023. Amidst samples, interpolations, and audio cuts, Seyi Vibez has made it clear on Memory Card that this year would be all about him.

“G.O.A.T” harks into the current Greatest of All Time conversation in football. By naming the first song on the mixtape GOAT, Seyi Vibez attempts to say that he sees himself as the all-time greatest. It might also be a pointer to God as The Greatest. G.O.A.T is a beautiful mix of samples with Fatai Olowoyoyo’s “Elewure Wole” spotlighting the song after the opening stellar xylophone solo.

The refrain, “Alujujo Kijan,” is a tribute to a popular Yoruba childhood game. Nothing in this song suggests novelty; instead what we have is one of Seyi Vibez’s attempts to plead for God’s mercy in the face of life’s problems, his typical sonic template.

The only collaboration on Memory Card, “Love is War,” has American rapper, YXNG K.A, and Seyi Vibez trading bars, with a love interest serving as the motivation for the creative outburst.  It opens with YXNG lamenting about the adverse effects of love. And while he claims that he doesn’t want the girl to break his heart, the next lines suggest otherwise. He is all out for the love but plays safe.

When Seyi Vibez raps or tries to sing in English, it doesn’t come off as well like when he does them in Yoruba. His attempt to win the girl over in the second half comes off flat. The struggle to fit in is too noticeable. At the end of the spin, YXNG K.A had a better grasp of the song.

There is a popular joke online about the number of Seyi Vibez’s song releases. Some claim that to do so much, he might have obtained a loan from a financial institution. on “Para Boi,” he reacts to these claims with some tradeoffs. But Seyi Vibez rarely sticks to the topic, and, like this one, some of his songs are rowdy with phrases, popular sayings, and street language all colliding. It’s left for the listeners to sieve what’s most important. “Para Boi” is an irate Seyi Vibez singing about his legacy, women, life, God, and money.

The beauty of “Alaska” rests on the excellent Islamic-esque back up singers. The dominant themes are still difficult to pinpoint. You only have this feeling of another “Para Boi” with the lyrics tethering to self acclamation, accomplishment unveiling, and some words for naysayers. On Memory Card, Seyi Vibez tends to emphasise why his fans and foes alike should watch out for him. His skillful ability with words stands him out, and he has never been afraid to show that. If there was ever a doubt about this, “Alaska” is one of the songs to crush such a narrative.

“IG Story” starts off as a response to the words of some naysayers, yet the song is uptempo and a potential club hit. On the opening audio cut, a boy claims that Seyi Vibez’s Instagram account was bought, since he now has more than one million followers. He calls the tellers of these rumours ‘Elenu Razor,’ and goes on some rambling that is difficult for the uninitiated to understand. Underneath this song are some back-up singers who sometimes stretch his lyrics, oftentimes for emphasis, and perhaps for the melodic aura the song gives off.

The quality of production of Memory Card is subpar, the instrumentals are uneven, and the mixing is not properly done. Sometimes, you wonder if Seyi Vibez was under pressure to drop a project, or if he merely found the songs in an old folder on a faulty memory card, like the title suggests. These and more flaws undermine the success of Memory Card.

At close listening, the similarities between the instrumentals are glaring with the banjo, xylophone, talking drum, drum roll, and log drums all forming the bedrock of the production. In the end, the production fails to be fully formed. The instruments are not allowed to fully breathe, and they tend to collide and stifle one another as they struggle to come fully on.

Seyi Vibez’s attempt to sample old instrumentals and mix it with new ones is sometimes confusing. Do we blame the perhaps inexperienced producer, or do we lay the blame on the feet of the artiste? All in all, we are presented with a good enough attempt that could have been better with more organisation. 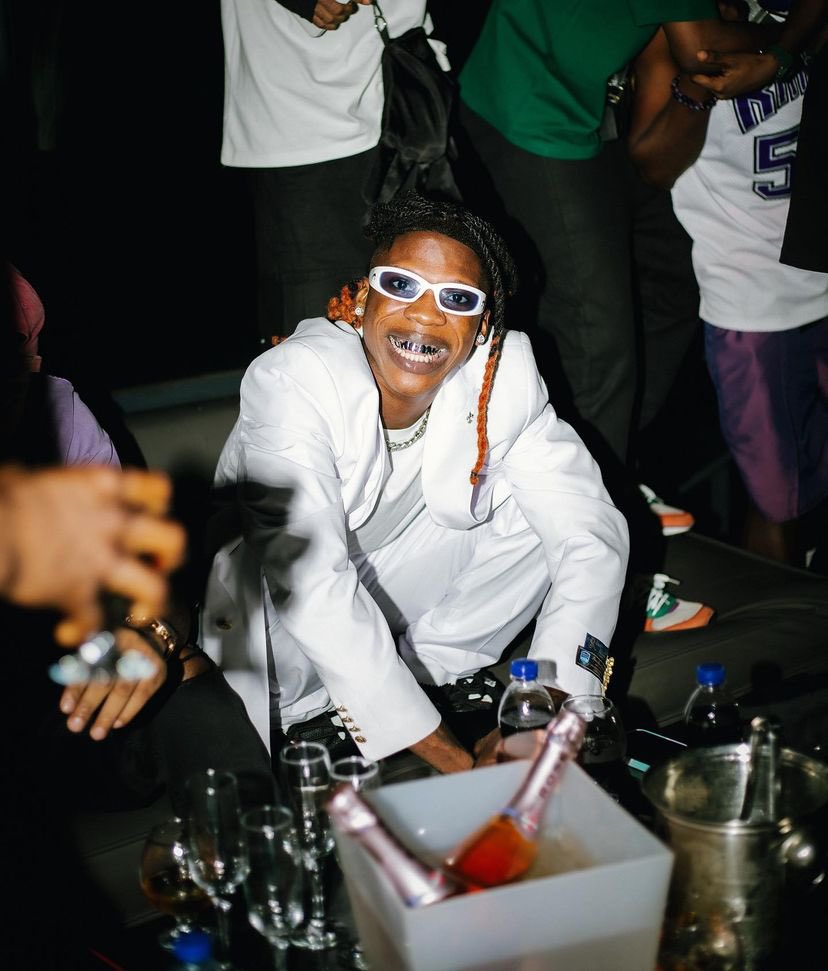 The recent Asake comparison might not abate anytime soon. With this EP, Seyi Vibez sustains the conversation. Memory Card is Seyi Vibez’ attempt at exploring the Shaje arm of Fuji. He understands the full range of his skill, and humbles himself to his limitations such as his inability to stay on a single topic or use the English language to garner fans from other countries besides Nigeria. With his crossover success from November/December 2022 into 2023, Memory Card is one of Seyi Vibez’s ways of sustaining that tempo till his next release, or the rumoured collaboration with Burna Boy.