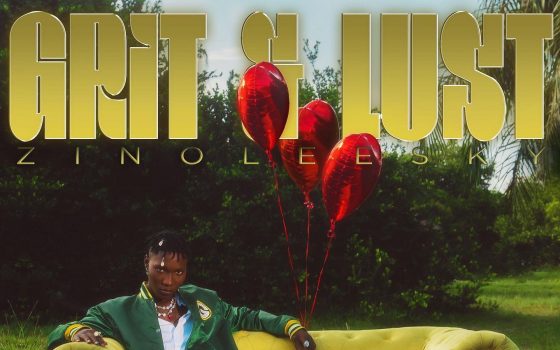 On Grit & Lust, Zinoleesky ignores the priority to score hit songs. He just sings, letting out his often very personal emotions. Long gone are the days of trying to dominate clubs or shindig parties. Grit & Lust shows his maturity…

From releasing, alongside his bosom friends, Lil Frosh and Ibradosky, gritty freestyle videos shot on the streets of Lagos, to being offered a record label deal by Davido’s DMW and Naira Marley’s  Marlian Records almost simultaneously, Zinoleesky, the Marlian Records-signed singer, has come a long way in the Nigerian music industry. The mid-tempo “Ma Pariwo” opened the floor for Zinoleesky, and had a lot of enthusiasts checking him out. He followed it up with collaborations with the likes of Lil Kesh (“Don’t Call Me”), Tiwa Savage (“Jaiye Foreign”), amongst others. After scoring hits by featuring on his  fellow artistes’ songs  in the last twelve months, the 27-year-old singer and songwriter returned with a fresh project, Grit & Lust, on December 23rd 2022 under Marlian Records. Grit & Lust is a follow up to his genre-sliding 2020 solo debut, Chrome. Here, Zinoleesky takes the magic touch inward as he releases an eight-track extended play with verses from Mavins’ Ayra Starr, and singer, Omah Lay.

On the  project’s first song, “Personal,” Zinoleesky makes declarative assertions. It is a prophetic message, a letter, as it were, to himself. It provides  another way for Zinoleesky to tell his fans why he is one of the best. Although he might not be present online every time, he sings in the song, he is aware of the talk going round about his brand and personality. No doubt, he takes some of them ‘personal.’ The mid-tempo ditty sees Zinoleesky’s beautiful vocals serenading the listeners, in a way, to ease them into the awesome seven tracks coming next.

The lyrics in “Odinaka” (Igbo for “it is in the hands”) are steeped in bleak but playful lines. It’s a total submission to the will of a girl. On this song, Zinoleesky is ready for what the girl brings, and he plays around words. He promises to never kiss or tell. It’s difficult to know if he is serious with his expressive word usage, or if he is merely playing around. How do you define a genuine statement? Zinoleesky is ready for the girl to direct the trajectory of their relationship. No doubt, he is in love with her. If there is any doubt about that, the opening two lines of the song puts that to rest when he says, “Poco (Lee) don dey talk. Naira (Marley) don dey talk.” When a perceived “hard guy” falls in love, there are bound to be complaints from his friends (in this case, Marley and Lee).  Yet, Zinoleesky is unapologetic about his feelings.

On “Odinaka,” Zinoleesky sings about love, and later on, sex. The former is more pronounced. It is a smart way of staying true to craft. One alluring feature of Zinoleesky has been his ability to be lewd and yet be mature about it. Zinoleesky’s  beautiful way with words is an intimidating specialty.

“Yanyanyan” is slang used on the streets in the Southwestern parts of Nigeria. Zinoleesky plays on this slang to craft a song that addresses his sonic exploits and his ways with women. The song starts with Zinoleesky lamenting about when people didn’t pay attention to him back in the days. “Back then, dem no feel us, the way dem no take man serious.” The song swiftly reaches crescendo thereafter with the strings and keys all colliding, and nestled alongside a saxophone riff. “Yanyanyan” finds Zinoleeky basking in his success. It’s the type of song you play on repeat mode whenever your naysayers are around. Zinoleesky skillfully played up these sentiments to score a song.

On “Run It Up,” Zinoleesky sings about doubters. The song also serves as an inspiration to his fans. It’s not the most hard-knocking song yet, but the message reverberates across still. Often, Zinoleesky muddles up topics, and you get confused about what he is really singing about.  It is a  typical example of doing too much in one song. On the second verse of “Run it Up,” he goes personal and sings about why he doesn’t like coming online. All he wants to do, he says, is to count money and enjoy his life.

Ayra Starr and Zinoleesky go back and forth on the guitar-spiced track, “Many Roads.” They are both expressive with words on this song that addresses the constant battles they deal with in their relationships. Relationships are filled with ups and downs, Zinoleesky and Starr seem to say in this song. They do justice to this song, and at the end of the two minutes, fifty five second mark, it becomes glaring that both artistes have a superb chemistry.

Omah Lay and Zinoleesky relive their nice time out with a girl on “Last Time.” The song kick-starts with a boisterous guitar, and later on, Zinoleeksy’s and Omah Lay’s vocals come up. They both lament about the antics of the girl who gives mixed signals. They both crave for her attention, although it’s difficult to know if she accedes to their request. Produced by Niphkeys, the track sees both artistes reaching inward and singing about their experiences with girls. It’s a typical Omah Lay sound, and while Zinoleesky tried, he couldn’t live up to Omah Lay’s apparently better grasp of the song.

(Read also: Modenine Throws it Way Back Masterfully on Popkorn!)

“Call of Duty” finds Zinoleesky in a split decision. He is in love with two women and doesn’t want to leave any one. It is a typical example of one eating one’s cake and having it. Zinoleesky likens this situation to Call of Duty, a popular video game. Just like the game, Zinoleesky doesn’t plan to lose the two girls in question. He is always playing to win.

“Rocking” is the distant cousin of Zinoleesky’s 2020 hit song, “Kilofeshe.” Zinoleesky nearly replicated the template of the older song. There’s nothing serious or too superb here. Zinoleesky merely rides on a cheesy line to score a hit. With “Rocking,” he finally unleashes, albeit late, a party track on Grit & Lust.

On Grit & Lust, Zinoleesky ignores the priority to score hit songs. He just sings, letting out his often very personal emotions. Long gone are the days of trying to dominate clubs or shindig parties. Grit & Lust shows his maturity. The collaborations are deliberately sparse, allowing him a chance to show his sonic range. And when the features come up, they only brighten what has  already been sung. The songs on Grit & Lust are all positioned for datelessness. The only problem is that the release is ill-timed, since a project like this is bound to be drowned by the euphoria of the festivities. 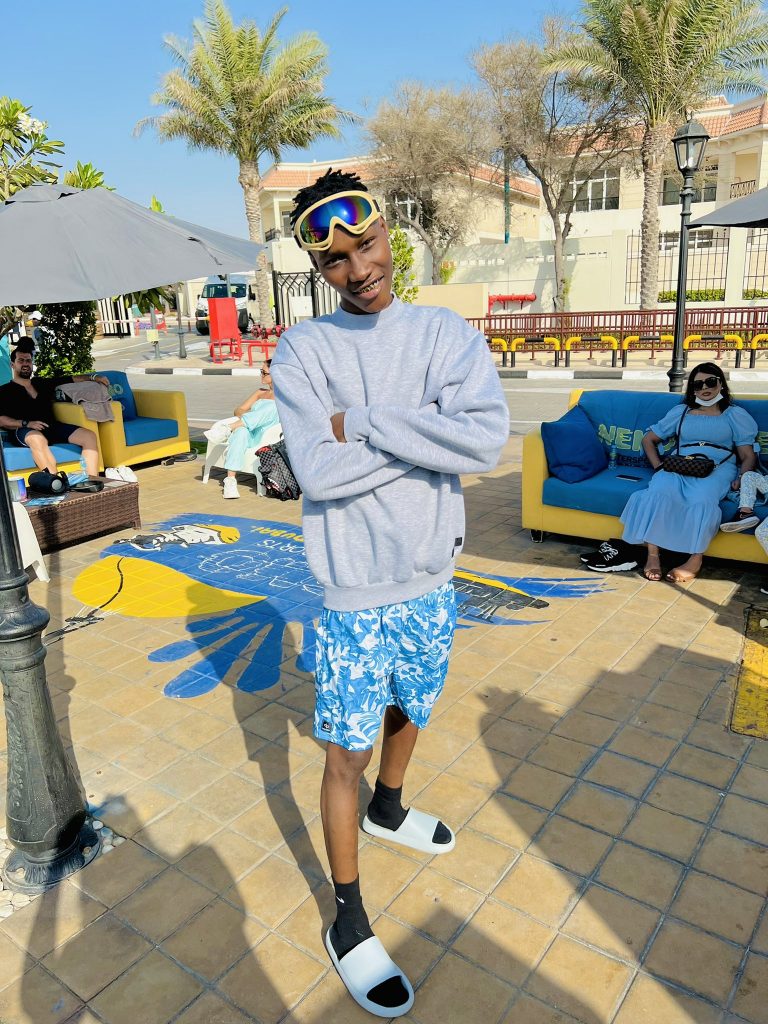 From singing about love, lust, and sometimes about his state of mind before fame, Zinoleesky’s bid for timelessness shines through this project. Quite a number of songs on this project attest to his ability to craft songs that would stand the test of time. They are not the usual party tracks to which some of his contemporaries have stuck to. Zinoleesky is only speaking his truth, one bound to be relatable to anyone listening in years to come.