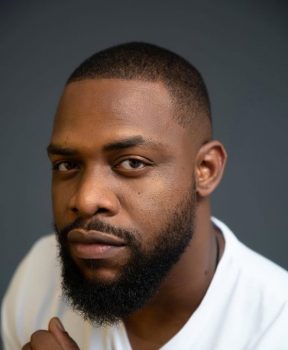 Seven Talented Nollywood Actors on the Cusp of Stardom

There are several Nollywood actors who burst into the limelight early and have held on to fame (and big roles) for the longest time. Some of them are great actors; some are not. There are also those who are very good, beaming with potential and skill, but haven’t gotten the quantity and quality of recognition that is their due, despite years of top-notch performances. Here, and in no particular order, Afrocritik recognises seven Nollywood actors showing promise of successful careers, and those we might be seeing more often in the coming year. 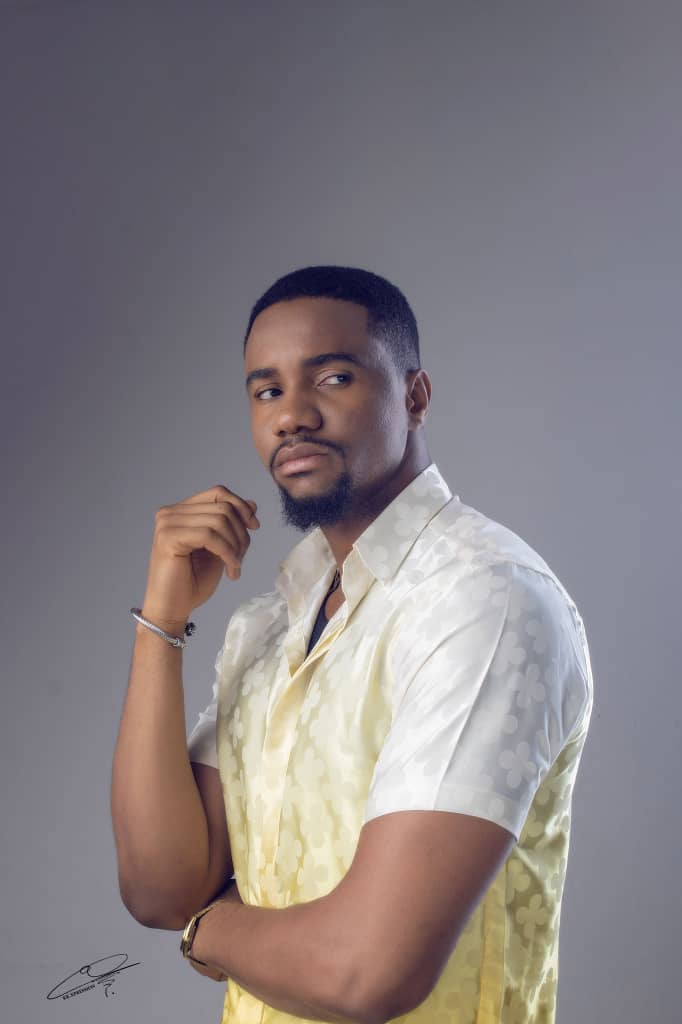 Jideofor Kenechukwu Achufusi, often credited as Swanky JKA and sometimes as Jide Kene Achufusi, is an actor and model. He’s been acting actively since 2015, and his talent already started to show in films like Black Rose, and series like Crazy, Lovely, Cool. But it was his magnetic portrayal of Nnamdi Okeke in the 2019 sequel of Living in Bondage, subtitled Breaking Free, that helped him gain success so much so that he won the Trailblazer Award at the AMVCAs in 2020. Swanky JKA has since taken up other major roles in a number of movies, including Kambili, Lockdown, Dwindle, the newly-released Brotherhood, and the AMAA-nominated Money Miss Road.

Unfortunately, the scarcity of strong and interesting characters in Nollywood (as opposed to just entertaining characters) has left Swanky JKA with less than challenging roles, leaving him with no room to top his Living in Bondage performance. Still, his career is on a great trajectory. Hopefully, good roles will come, and Swanky JKA will dazzle us some more. 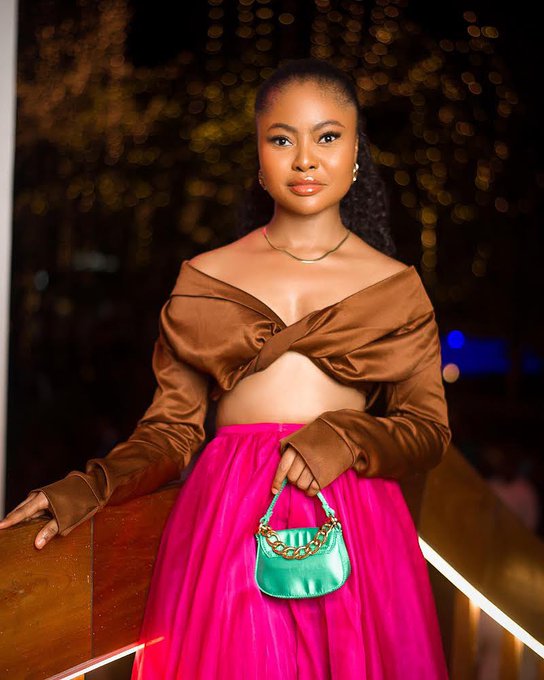 Like many stars, Teniola Aladese started out behind the scenes. She has worked as a casting director, production manager and producer, among others. But she’s been pretty good in front of the camera, too, from her roles as Akweyon and FK (respectively) on the much-loved telenovelas Jemeji, and Unbroken, to her performances in Bunmi Ajakaiye’s short film, Fade, and Olive Nwosu’s award-winning short, Egungun (Masquerade). She’s also done some good work on features — her acting as the titular Amanda in Laju Iren’s faith-based Loving Amanda was impressive — even though films like Soole and Superstar saddled her with deficient minor roles.

However, Aladese appears to be earning the most fame from Nollywood web series. She played the titular character in UnRealAfrica’s Lara of Lagos, which A Wacko’s Review called “Nigeria’s take on Insecure.” She’s currently holding it down as co-lead on the rave of the moment, TNC’s Little Black Book. Thankfully, she’s starting to get recognition for her work, and this year alone, she’s received The Future Awards Africa’s Prize for Acting as well, as the Trailblazer Award at the Africa Magic Viewer’s Choice Awards (AMVCA). She’s certainly an actor to pay attention to! 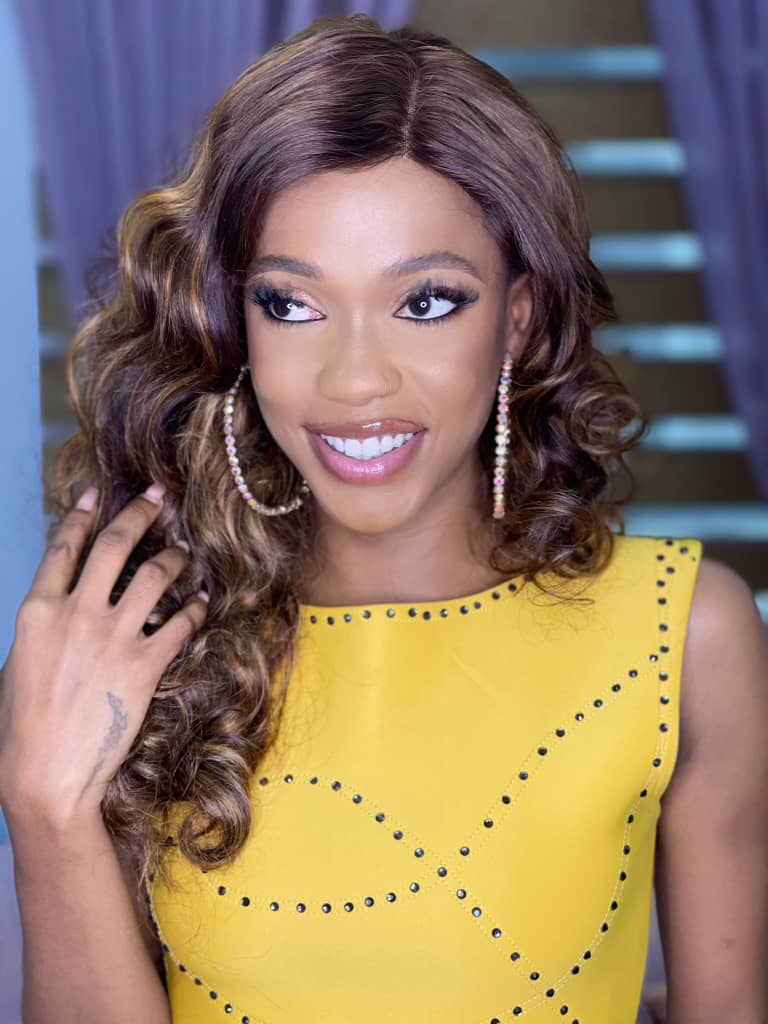 Efeilomo Michelle Irele, known as Efe Irele, has been in the Nollywood entertainment industry since 2012, starting out as a video vixen for musical artistes, and venturing into acting in 2016 as a cast member in the IROKOtv series, Aso Ebi. She has appeared in several Nollywood films, from Ire’s Ire to The Real Side Chics, and has gotten some attention, particularly for her 2018 role as Ify in Lagos Real, Fake Life.

The year 2018 turned out to be a breakthrough year of sorts for her, culminating in two wins at the City People Entertainment Awards — Best Upcoming Actress, and Best New Actress. The following year, she was nominated in the category for Revelation of the Year (Female) at the Best of Nollywood Awards. She’s starred in productions like Desmond Elliot’s Becca’s List. and, more recently, Adia Uyoyou’s x-rated Hey You!. 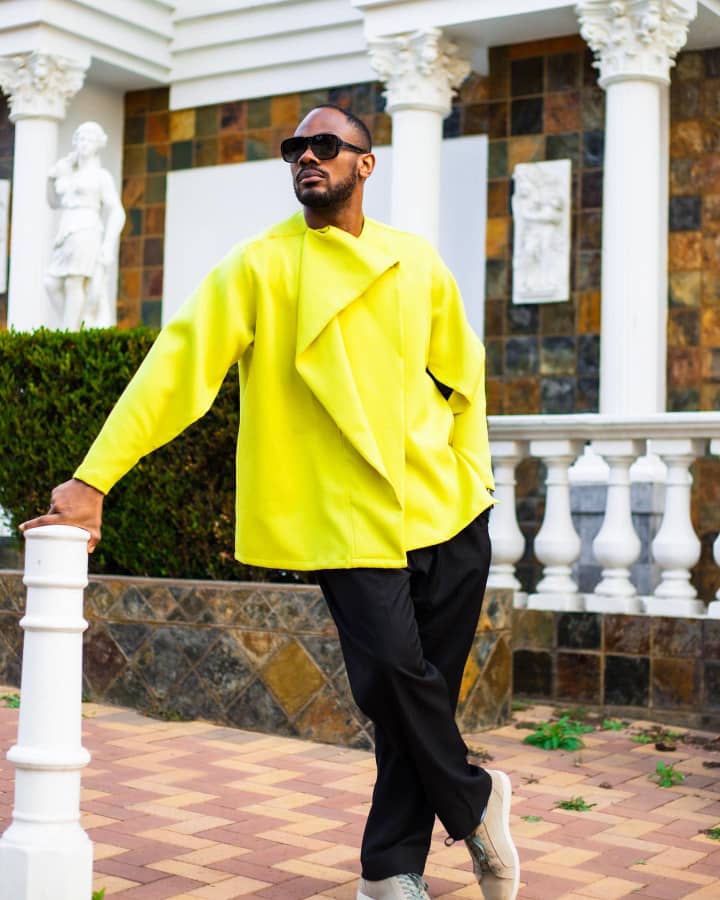 Fans fell in love with Daniel Etim Effiong when they first saw him in RedTV’s The Men’s Club in 2018, but one of his earliest roles was that of Folarin in NdaniTV’s 2013 web series titled Gidi Up. Regardless, he really started showing up in films after TMC and has starred in features like Òlòtūré, Still Falling, Happiness Ever After, and Collision Course, and series like Castle and Castle, and Blood Sisters.

He has made appearances in the short film department as well, starring in the Anakle Films and US Mission Nigeria collaboration, Fish Bone, and directing a Nollywood short film of his own titled Prey. He has even acted in major stage productions like Gbagyi Child Entertainment’s Shift Lemme Faint, and produced Skin, a documentary that was selected for official screenings in film festivals across the globe. His performance as Dele Coker in Plan B earned him a nomination for the award of Best Actor in a Comedy at the AMVCAs in 2020. 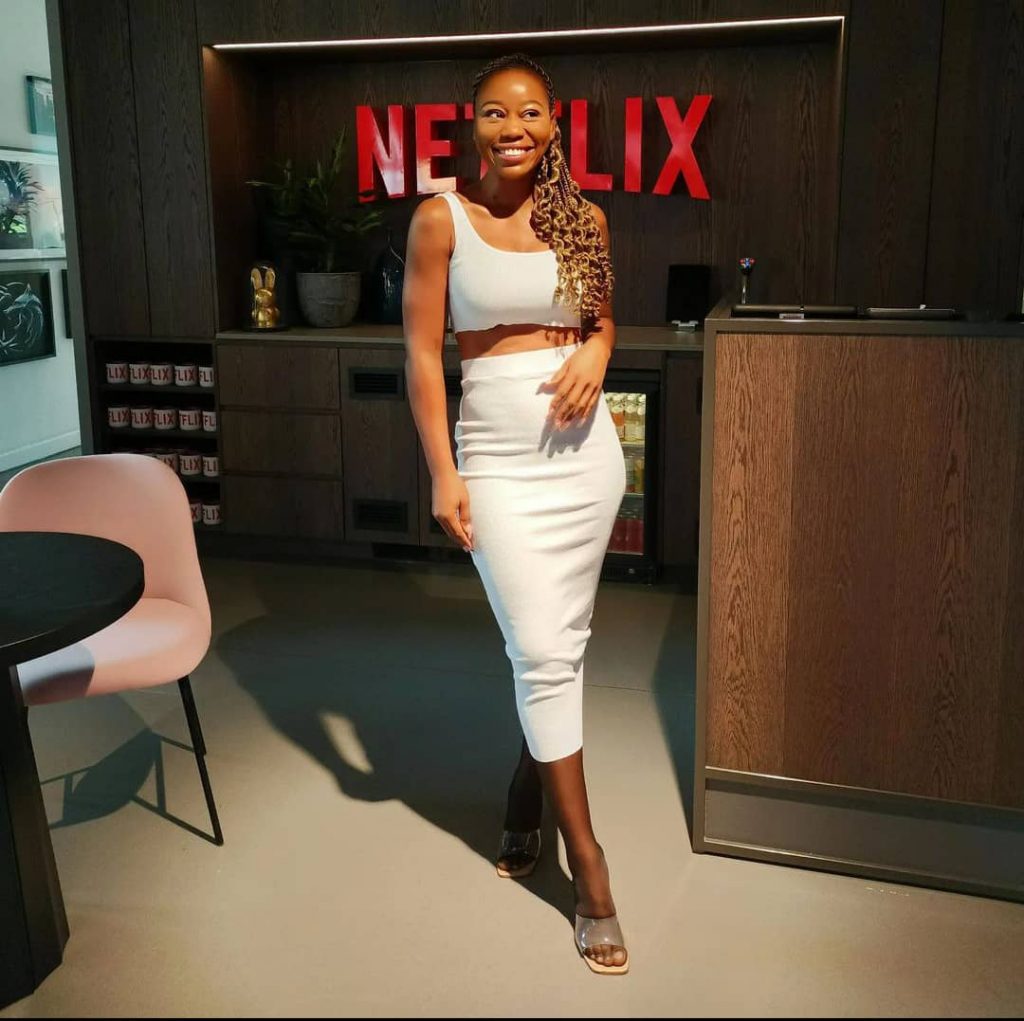 It feels like a sin to have Ijeoma Grace Agu on this list because this actor is too much of a show-stealer to not be getting top billing in Nollywood. Agu has been working as a professional actor for at least a decade, and she has definitely proven herself as one of modern Nollywood’s strongest performers. She all but carried Kunle Afolayan’s Swallow on her back, and her performance as Rose in the film was nothing short of breathtaking. In fact, she is currently a contender for the 2022 AMAA for Best Actress in a Supporting Role for her stint as Rose. But Swallow is not the only bragging right she has.

The 2014 Best of Nollywood Awards most promising actress was also nominated at the 2016 AMAAs for Best Actress in a Supporting Role for Taxi Driver: Oko Ashewo. She also won the award for Best Actress at the 2021 African International Film Festival (AFRIFF) for her performance as Charity in Karin Junger’s 10 Songs for Charity, a Dutch-Belgian production. And at the 2022 Septimius Awards, she was nominated in the Best African Actress category. Agu is a force of nature when she takes on a character, but mainstream Nollywood simply isn’t giving her enough to shine in. It’s unbelievable that she hasn’t become a household name yet. 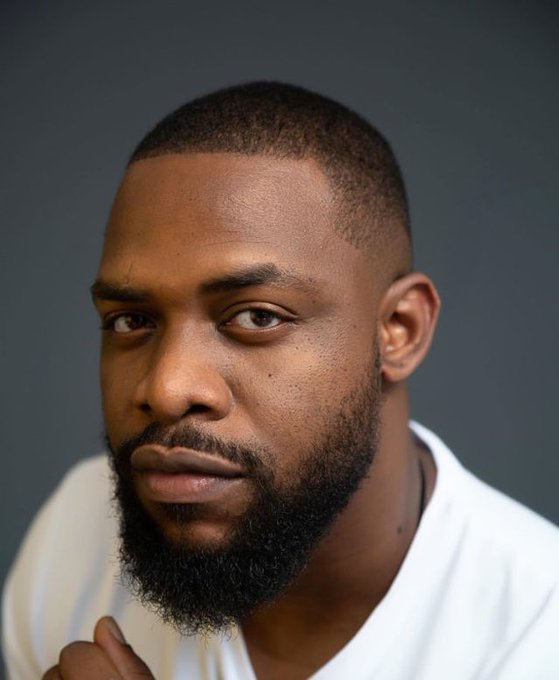 Efa Iwara has been active in the Nollywood entertainment industry since 2006, but mostly as a rapper. He gradually delved into acting in 2011, taking up a minor role on the long-running TV series, Tinsel. He went on to star in other telenovelas like Ajoche, and Unbroken as well as web series like MTV’s Shuga, The Men’s Club and NdaniTV’s Rumour Has It. He’s taken up roles in features, too, like The Sessions, This Lady Called Life, Rattlesnake: the Ahanna Story, Ile Owo, King of Boys: The Return of the King, and Netflix’s A Naija Christmas.

Iwara has played almost all kinds of men in relationships; whether it’s the confused lover boy, the dedicated lover boy, the husband in a broken marriage, the intense and occultic boyfriend, the stalker, the vengeful ex, or the victim of a one-sided love — you just name it. He has played some better than others, and he’s touched virtually all motion picture platforms. There’s still a lot of room for growth, but he’s clearly building a full and strong acting career.

Featuring another excellently played Rose character in Nollywood, Black Rose should have been enough to put Echelon Mbadiwe, aka Lilian Echelon, on the map of “artsy Nollywood,” at least. Practically all her nominations and awards have come from the 2018 movie in which she starred alongside Blossom Chukwujekwu. Mbadiwe was the very picture of innocence (and, later, of change) as Rose, a naïve young girl from a poor home in love with a man who was not the prince charming that he appeared to be.

Her performance earned her two wins (Golden Discovery Actor, and Golden Actress in a Drama) at the 2018 Golden Movie Awards as well as a Best Actress nomination at the AMVCAs, and a Best Lead (Female) nomination at the Nigeria Entertainment Awards that same year. She also emerged the Best Newcomer (Female) at the Zulu African Film Academy Awards.

Mbadiwe doesn’t have a lot under her belt, but she’s starred in a number of solid, albeit small-scale projects, like Ebuka Njoku’s acclaimed Yahoo+, and Dika Ofoma and Ugochukwu Onuoha’s short, The Way Things Happen. She’s particularly wonderful in the latter, portraying grief in a subtle yet powerful manner. If you’ve seen her in anything, you know she’s worth taking a chance on. Hopefully, more filmmakers will realise that.