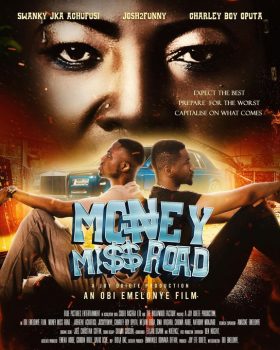 Where Emelonye’s story stands out is in the sheer familiarity, especially in the second act where the duo spend their newly-acquired wealth with reckless abandon and — especially Josiah’s family — start to act too big for their britches…

“Money miss road” is one of those Nigerian phrases that nobody translates for you. You have to decipher its meaning from the surrounding circumstance of its use. You’d usually hear the phrase when a person new into wealth flaunts their money, or spends it impulsively. My mother often uses it when an obviously rich person is driving a luxurious car recklessly. In the aptly-titled Money Miss Road, producer Joy Efe Odiete (Gone) and writer-director, Obi Emelonye (Last Flight to Abuja, Badamasi), use it to refer to two down-on-their-luck friends who suddenly become rich after a bit of luck leads them to steal a ridiculous amount of money.

Jide Kene “Swanky JKA” Achufusi, and comedian, Josh “Josh2funny” Alfred, take the lead as Joseph, a local fighter, and Josiah, the former’s manager, both of whom relocate to Lagos after one of them steals two bags of money from a hotel room in Abuja. They immediately go on a spending spree, flying in private jets and buying houses and cars. But, of course, the true owner of the money, a notorious criminal played by Charles “Charly Boy” Oputa, wants every dime of his money back. He locates Joseph and Josiah in Lagos and chases after them with his biker gang, but the friends are unwilling to give up their new lifestyles.

Joseph and Josiah are not the first regular Nigerians to come upon life-changing money on the New Nollywood big screen. Before Money Miss Road, there was Jade Osiberu and Kayode Kasum’s Sugar Rush, the highest grossing Nollywood movie of 2019. The year before, in Tope Oshin’s New Money, an aspiring fashion designer became rich overnight after inheriting the empire of a billionaire father she didn’t know she had. More recently, there was Hide ‘N’ Seek where a bag of money went missing from a hotel room, a lot like in Money Miss Road.

Where Emelonye’s story stands out is in the sheer familiarity, especially in the second act where the duo spend their newly-acquired wealth with reckless abandon, and — especially Josiah’s family — start to act too big for their britches. Those scenes are the best parts of the film, and it’s amusing to watch the friends banter, bicker and joke about poverty and wealth in the most relatable ways. Thankfully, Emelonye doesn’t overdo the “overnight money” parade. Sure, the friends’ first act as rich men is to lodge in a super expensive hotel. But they don’t go on the kind of splurge that we saw with the Sugar sisters. Similarly, the true owner of the money doesn’t go to extremes like in Sugar Rush. Money Miss Road stays level-headed and close to home in a way that feels unambitious but genuine.

Emelonye’s direction and mostly well-written screenplay keep the plot — and the movie as a whole — simple and straightforward. But he fails to keep the plot tight, dragging out many of its scenes and throwing in a few unnecessary ones, such that the movie feels too long even though it runs for only a little over 90 minutes. In one stretched-out sequence, Joseph takes a woman home from a club. She’s important to the plot because of one small but mighty role that she plays at the end. But she is introduced to the plot in a sequence that drags out from the club to his home to his bedroom, climaxing in a sexually explicit scene that absolutely nobody needs to see and that adds no real value to the film. The entire sequence excludes certain audiences, especially younger audiences, from enjoying a movie that should ordinarily have no such limitations. 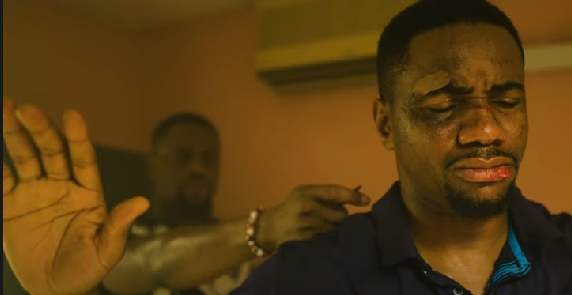 The director is also unable to bring out the best in his actors. The leads carry the entire weight on their backs, Josh2funny with his easy joke delivery and Swanky JKA with his acting chops. But this is far from JKA’s strongest performance — even in a comic role — and there is the sense that despite how well Josh2funny’s social media persona works in his role, he could have done some better acting.

Without the performances of the two leads, the weak supporting cast would have made this movie painful to watch. After a strong, albeit imperfect, debut as a villain in Kemi Adetiba’s King of Boys: The Return of the King, Charly Boy delivers a lacklustre and unimpressive performance as Diokpa, the crime lord purportedly desperate to retrieve his money from Joseph and Josiah. It’s particularly surprising because his Money Miss Road role is practically the same as the King of Boys role, but he stumbles through Emelonye’s film. For every time his character commands or scares another character into doing something they otherwise would not do, you have to wonder what exactly is scary or dangerous about him. In fact, except for, perhaps, Oma Iyasara in the role of Harriet, Josiah’s wife, the rest of the supporting cast are decidedly mediocre. The child actors show no sign of direction, the extras are clearly watching the movie with us, and it could not be more obvious that the bikers are not professional actors.

As far as comedies go, Money Miss Road is hilarious enough, majorly because of the two leads and the wife, but also because of Emelonye’s funny and organic dialogue (especially in connection with Joseph, Josiah and Harriet). But there isn’t enough action to validate classifying Money Miss Road as an action film. Or maybe it’s the weakly-choreographed and unenergetic action sequences that make it feel seriously lacking in that regard. It certainly doesn’t help that there are other aspects where the movie doesn’t impress. The transitions don’t quite work. The choice to have dialogue spill over in some scenes — especially the closing scene where the dialogue spills into the credits — is questionable. 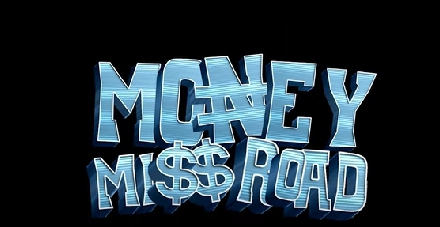 The score and soundtrack are almost abysmal. At least, the costume department and the art directors definitely understood the assignment, visually representing the director’s minimalist approach while hitting the bull’s-eye on the aesthetics.

Money Miss Road is heavily flawed. You’ll definitely see better Nollywood comedies this year, if you haven’t already. But relax; this is not one of the bad ones.