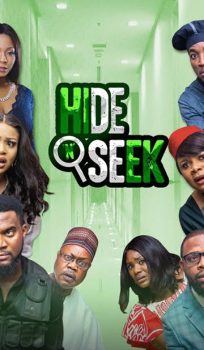 The movie gains extra points for its stylish presentation of its acts as chapters, its nostalgic reference to Hollywood’s 1995 crime thriller, “The Usual Suspects”…

In an era of slapstick comedies and mediocre romance dramas, a movie with the slightest bit of creativity often feels like a breath of fresh air. If executed properly, like Kunle Afolayan’s “October 1,” it might even be hailed as ground-breaking. Recently, Nollywood filmmakers have sought to take advantage of filmgoers’ desperation for something different, something new. They have started exploring historical dramas, film remakes, modern fantasy films and even biopics, many of which have had reasonable success. But where they seem to have found the most comfort is in the crime thriller and crime drama subgenres, with well-received titles like Kemi Adetiba’s “King of Boys,” Niyi Akinmolayan’s “The Set Up,” Kevin Nwankwor’s “Muna,” and Ramsey Nouah’s “Rattlesnake: The Ahanna Story.”

Directors Tolu “LordTanner” Awobiyi (“Ajuwaya” and “Couple of Days”) and Adekunle Bryan Oyetunde join the bandwagon with the decent but inadequate “Hide ‘N’ Seek,” a crime thriller which premiered in cinemas on October 1, 2021. In the movie, a team of self-serving Robin Hoods set out to steal back millions of dollars in embezzled public funds from a corrupt politician before he gets the chance to transfer the money to a mafia-like business partner. But a handful of double agents, a snooping fiancée and a series of chance happenings cause the plan to go south, with the stolen funds changing hands faster than the pace of the movie’s first few minutes.

Going with the trend can sometimes be a smart decision. It would have done “Hide ‘N’ Seek” some good to adopt the winning strategy of the likes of Adetiba’s “King of Boys” by engaging viewers with a more effective opening sequence and a satisfactory pace. But between its lacklustre movie poster and an opening sequence that drags on as it introduces less than intriguing characters, “Hide ‘N’ Seek” starts off too slowly to pique any genuine interest. Yet, if you are patriotic enough, or if you simply cannot afford to waste the money spent buying a ticket, you can get through the initial drab. As the pace picks up, and because your expectations were never really high in the first place, you eventually start to feel better about holding out, and you realise that this movie might actually be better than you expected.

The entire movie is set in one night, with most of its scenes playing out in a hotel, but there is no shortage of drama—or, at least, wannabe drama. At first, it all seems unconvincing. You cannot understand how a banker can be so careless with money; neither can you believe it when you see a dead woman’s eyes twitch. But as events unfold, seemingly senseless occurrences start to come together to make for interesting twists, and even predictable outcomes still pack a reasonable punch.
Unlike Nouah’s “Rattlesnake” does with its protagonist Ahanna, “Hide ‘N’ Seek” does not pretend that any of its characters is a genius. While “Rattlesnake” failed in its attempt to hold Ahanna out as a genius leading a team of people with special skills, in “Hide ‘N’ Seek,” there is much more chance than skill at play, a technique that actually works as a plot device until the movie falls into the temptation to glamourise the plan for the heist, using chess as a prop. To put it simply, having a group of people sit around a chessboard as they plan a heist hints at a level of calculation and strategy that the “Hide ‘N’ Seek” thieves simply do not have. This misstep indicates a desperation to make an impression, ultimately reflected in other areas. For instance, suspense is set up for the benefit of viewers rather than the characters in the movie such that characters who are on the same side pretend to be on different sides when no other character is present and viewers are the only ones who could possibly be watching them, and when the movie successfully pulls a rabbit out of its hat, it begs viewers to appreciate the ingenuity by overdoing it or lingering too long on a scene. There is a lot of unnecessary tension built up, making genuinely tense scenes less effective than they should be. Conversations are oftentimes too artificial to work. Wearing matching jewellery to make the crew seem sophisticated is cute but also much too corny. And for all the fuss, there is no nobility in the crew’s acts. Their “just” cause is to steal from thieves so that they can keep some of the stolen money for themselves and return the rest to the very porous government coffers that they were originally stolen from.

Overall, the acting is passable. Kunle Remi plays James, a law enforcement officer who ironically appears to have been inspired by Daniel Craig’s characters as both James Bond from the Bond films and Detective Benoit Blanc from the Hollywood murder mystery, “Knives Out.” He is no Craig, but he is definitely a man in charge even in a situation spinning out of control. Efa Iwara and Uche Montana are convincing and almost fun to watch. Bimbo Ademoye and Akah Nnani are great as the humourous hotel employees who get caught up in a business that does not concern them, although that kind of heavy humour feels out of place in the movie. But Sani Muazu and Kiki Omeili do not quite get into their characters, and Enado Odigie is not always invested enough in her role.

The movie gains extra points for its stylish presentation of its acts as chapters, its nostalgic reference to Hollywood’s 1995 crime thriller, “The Usual Suspects,” the poetic justice it serves in its final act, and its unusual tragic ending. But it loses a few points for its bad judgment in including distracting elements, from overdone comic scenes to music scores that are more suited to an “Inspector K” episode.

Considering Nollywood’s history, “Hide ‘N’ Seek” is worth taking a chance on. But if the goal was to meet the quality demand for a global export, as the directors have intimated, it does not quite hit the mark as the movie does not meet the existing standard. In the line-up of New Nigerian Cinema crime thrillers, you will find more thrill, excitement, entertainment, grit and charm than this movie offers. “Hide ‘N’ Seek” has big dreams, but it does not have enough skill or even luck to reap the rewards of being different.