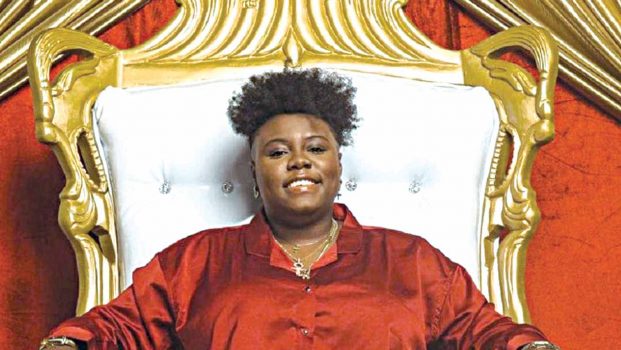 The visuals for “Hustle”, one of the singles off Teni the Entertainer’s debut album Wondaland, clearly depict how Life plays out for struggling creatives in Nigeria.

The video, directed by TG Omori and jointly produced by Lawal Shehu Tijani and Felix Abang, paints a picture of the daily grind. Every day and twice on Sunday, Nigerian youths struggle to successfully navigate their careers, rise above poverty, process the grief that comes with losing loved ones, shrug off undue pressure to make it, and live up to expectations.

You need to understand the definition of your dream, believe that said dream will likely pay off someday, and hope that even if it doesn’t, you still have the resilience to keep your head high. It is not easy trying to survive especially in a country like Nigeria.  The price and sacrifice that come with fame sometimes leave you vulnerable. It’s also difficult to keep up with the physical, financial and psychological demands that come with being an A-list star.

In the video’s opening scene, we see a jaded Teni, who is trying to survive as an artiste. Her mother does not support her career, but she has all her father’s support to go ahead with whatever she wants to be in life. Her mother doesn’t want to see her try out music, in spite of her obvious flair for it. The video transitions into a tragic scene, where father and daughter are involved in an accident on Lagos’ Third Mainland Bridge; she survives, but for her father, the accident is fatal. In many ways, this scene is a visual allusion to the death of Teni’s own father, Simeon Apata, who was assassinated in 1995.

The music video for “Hustle” deploys a nuanced multiple setting: some scenes are shot at the abandoned civil defence building in Lagos Island, while the rest of the action plays out at the Third mainland bridge. Nosa Creed of Creed Motion oversees the visual effects, Ben Aitar saw to the colouring of the scenes, and amidst the aerial movement of a drone supplied by Big Juice Film Works, Angelina Ella takes on the task of administering the wardrobe.

The cuts are efficient, there is a smooth transition between scenes, and the attention to detail is worthy of commendation. The costuming was well-thought-out, and two moments in particular – the burial scene and the shot of the car in the water – conjured enough emotion to make the scenes believable. The colours were infused into each scene to recreate a story of their own, and the editing made the video look a lot more aesthetically pleasing. It could be argued that some of the cuts ran too fast, especially in the final 80 seconds of the video, but then again, time is a factor in these things.

Videography is a form of storytelling, and “Hustle” is proof of TG Omori’s storytelling abilities. In an era where music videos are largely one-dimensional, his work stands out, and he deserves all the plaudits for translating Teni’s emotive lyrics into visuals that match.

John Chizoba Vincent is a writer, filmmaker and videographer. His works have appeared or are forthcoming in Brittlepaper, Libretto Magazine, Barren Magazine and Kalahari Review, among others. He lives in Lagos, where he writes from.