Rema’s “Calm Down” Lands at No.1 Spot on Billboard Global Charts

This is the first African song to achieve this feat.

Nigerian artiste, Divine Ikubor, popularly known as Rema, has become the first African artiste to claim the number one spot on the Billboard Global Excl. U.S. with the hit song “Calm Down,” which features American singer, producer, and actress, Selena Gomez.

“Calm Down” moved from the No.8 to the No.1 spot, making it Rema’s and Selena Gomez’s first official number-one song on the charts. 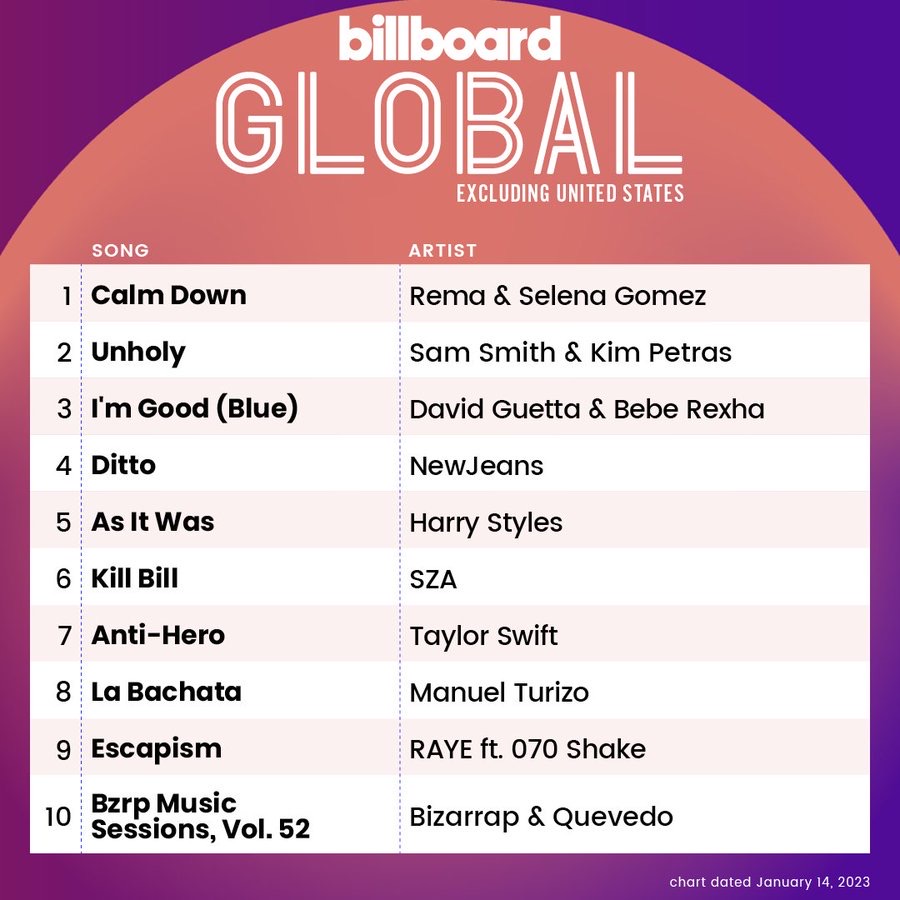 The Billboard Global Excl. U.S. Charts was established in 2020 and ranks songs based on sales activity and streaming numbers pulled from over 200 territories worldwide. While the Billboard Global Charts 200 accumulates streaming numbers and sales activities from all over the world, the Global Excl. U.S. Charts collects data from different countries, excluding the U.S.

Since its release, “Calm Down” has spent 31 weeks on the music charts and has continued to dominate other music charts like the US Afrobeats Chart and the Billboard Hot 100 music chart.

Currently, “Calm Down” is the number one song on the US Afrobeats charts and has spent 42 weeks on the charts, while it sits on the 46th spot on the Billboard Hot 100.