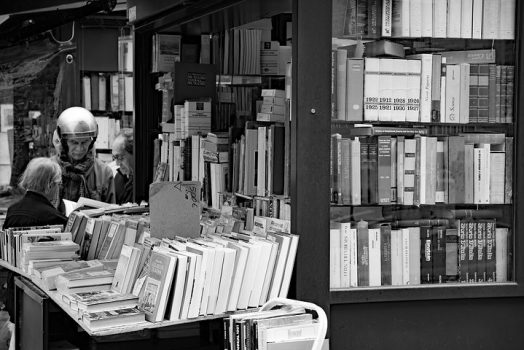 Why We Have Poor Reading Culture in Nigeria

Sufficient concern is yet to be shown as to why the reading culture in Nigeria is on the decline. Some have often explained this disturbing trend by attributing this lack of enthusiasm towards reading as an African habit…

Arguably, one aspect of the human endeavour that every society genuinely concerned about its people pay attention to is their reading culture. In 2016, for example, the Italian government announced that it was giving a grant of about 500 Euros to young people once they turned eighteen as birthday gifts to buy books. A country like Italy which has millennia-old tradition of producing great minds from diverse fields such as medicine, engineering, literature etc., from Cornelius Celsius to Dante to Michelangelo to Rita Levi-Montalcini, is expectedly conscious of the benefits of encouraging reading.

The Italian government, by that singular act, demonstrated knowledge that the literacy level of a people and their natural curiosity as expressed in their desire to read books is a marker of how progressive such people are likely to be; that reading, like travelling and observation, is a way to understand one’s world, and a great pathway to discoveries.

Inversely, one of the biggest and largely unresolved problems a stereotypical African society like Nigeria has faced over the last decades is the decline in the reading culture of Nigerians. Twenty-two years into the 21st century, it is pretty evident that the passion for extracurricular reading and the urge to satisfy the curiosities that lead to reading are on the decline, just like the quality of life of Nigerians. Even the act of buying books by the normal working class Nigerian is proving expensive.

Sufficient concern is yet to be shown as to why the reading culture in Nigeria is on the decline. Some have often explained this disturbing trend by attributing this lack of enthusiasm towards reading as an African habit.

Some people think saying “the black man doesn’t read” answers the question of the dwindling culture. The many dots, including the inclusive relationship between reading habits and socioeconomic well-being, are yet to be connected.

Reading culture, like every other culture, is not independent, but tied to a variety of other factors in whose presence or absence, its importance is either elevated or depressed. Also, cultural growth is largely dependent on consciousness.

The instinct to read is a natural curiosity in humans. Most of what makes our day to day existence is reading. We read people, we read the weather, we read the moods of the people around us, we read meaning into our daily conversations, and so on. Reading books is not so much of a different practice from these other kinds of reading. They are all fostered by different curiosities – each capable of being awoken by different compulsions.

Places which have a blooming reading culture differ from places that do not, because they have institutions which encourage reading and cater to the needs of those who have a hunger to engage in books – and even those who write them. How do you foster a reading culture in a society where some of the best-known cities do not have standard libraries which boast half an impressive catalogue of books?

In European countries like France, Germany, Ireland, England, Russia which have produced most of the continent’s finest writers and thinkers, there are institutions put in place to preserve the memories of these writers and to encourage more people to read their works, and emulate their legacies.

The culture thrives in these places because everything is put in place to make people realise that the art of reading and writing books is an important one. The most secure and progressive nations are full of libraries stocked with multiple the number of books in various subjects than one could hope to read for many lifetimes, and measures are put in place to make sure that people visit there. It is in countries with such culture that one is likely to find neighbours and friends who read books and talk about them.

In the late 1980s, my father was a prosperous young man who had a big patent medicine shop in Ivbiogie, a working class area of New Benin. In those days, he read a lot. Having gone into business at an early age and not furthered his education, his hunger for knowledge caught up with him later in life when he was doing quite well in business. So, while his apprentices handled most of his affairs, he would find time to read, seated inside his store, or even inside his house. In that way, he read a lot of novels in the African Writers Series, Longman Writers Series, Pacesetters series, loads of European novels, History of European Civilization and African Colonization, the Bible, and so many other books. I remember my father telling me once that he read the book of Proverbs again and again in search of wisdom. What interests me is how the importance of knowledge to him in those days felt, that even though he had made money as a young man, he still felt the need to read and subsequently return to school.

When my father tells some of these stories, he often talks about some of the older men who became his friends and would, from time to time, bring him various books, on topics bordering literature, political history, history of science, and psychology. This points to the fact that in those days, the reading culture thrived better. He would often talk about students studying at the University of Benin or the state university who he usually entertained in his shop, just to ask them a few questions which bothered him and felt they could answer; or the customer who he found tricks to make spend a bit more time when he came to the shop, because he wanted to learn from the person.

In his stories, one sees a society that was able to arouse the hunger for knowledge in an individual; where even the affluent are seen to respect the knowledgeable. At the same age as my father was in 1990, I have taken up his voracious reading habit, but I have not come across the kind of friendships he came across from people of all ages in the streets, who encouraged his reading habits and brought him books.

Extracurricular reading as a Nigerian in many quarters has become more of a loner’s virtue. This is one way Nigeria has deteriorated over the last three decades. If the Nigeria of 2022 is likened to a sinking ship, one of the sinking treasures of the society as it grows decadent is its reading culture – whatever little it managed to amass in its days of more heightened curiosity.

In a progressive society, one where its people are truly alive, it shouldn’t be difficult to find people who are curious in a random sample of the place’s population. Curiosity is however of so many kinds, and different things pique the interest of different people. However, the method of finding out what piques one is more generalised and says a lot about the personality of an individual or the well-being of a society which is under study.

People attend to their curiosities differently. Some travel, some meditate, some read; but at the heart of these mostly leisurely things is a hunger to satisfy our curiosities. You read because you want to know, you want to understand, and sometimes even to satisfy your vanity. It is an admirable thing to read, people admire those who read. Reading is like travelling, observation and practice, one of the most important forms of education. But it is possible that reading can be either more or less a priority to people of any demographic depending on whether or not they can afford it; and how readily it is made available to them.

Reading culture flourishes in countries where the people are prosperous, and diminishes in countries where poverty seems to be on the increase. In fact, extracurricular reading could be factored accurately as one of the attributes and symptoms of a high standard of living. Wealthier people who spend a large chunk of their earning on groceries and other basic amenities are as likely to spend money buying books, or time visiting the library as they are likely to afford a vacation trip to the closest resort to them.

Less wealthy persons, on the other hand, are less likely to think of taking their families on vacations, or buying a novel about a professor’s life after many years in prison, or a history book which explains the role of Britain to the country’s current predicament, even though these books could be exactly what they should know. But knowledge of history in the survival scale of preference is undoubtedly far down the ladder than groceries to get through the month, which is the exact cost of those two books.

"Do you think if you worked a bit less and earned enough to take care of your needs, you would be able to read more books?"

It is a fair argument, but it could be argued further that a sizeable chunk of the 34.2% are the growing number of Nigerians who do not see the need to read at all because, to them, it offers no benefits. Curiosities are most alive in us when we have conquered the basic needs of survival. The frenzy for survival pushes curiosities like this to a comatose state.

Habits thrive as much as society rewards them. Assuming the Zain African challenge did not go out of existence, and there were more spelling bee competitions and trivia competitions across the country which displayed the elegance of knowledge, at least a few more students will be motivated to read more widely, even if to make it to competitions like Who Wants to be A Millionaire, which sadly is also defunct now. If the state of things in the country were one which hinted that reading was important, of course, people would read.

To do this among a general population would require socio economic welfare that did not put the people in a situation where they had to work very hard, just to survive with little leisure time for themselves. Hence, we find that the two major reasons for the decline of the reading culture in Nigeria – and perhaps, the writing and publishing industry, subsequently – can be summarised into the lack of institutions and artifacts which prioritises the culture and the deterioration of socioeconomic well-being of the society.