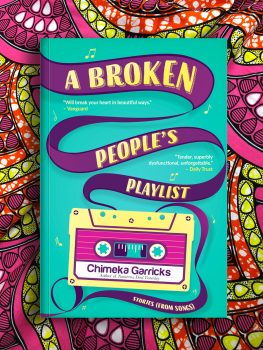 Chimeka Garricks’ “A Broken People’s Playlist”, A Story Collection That Demonstrates the Power of Music.

After he published his debut novel, Tomorrow Died Yesterday, in 2010, Chimeka Garricks started writing a new novel sometime in the middle of 2012. The writing went well at first, and he thought that he would be done with it by the following year. As things have turned out, however, he is yet to publish that novel to this day. 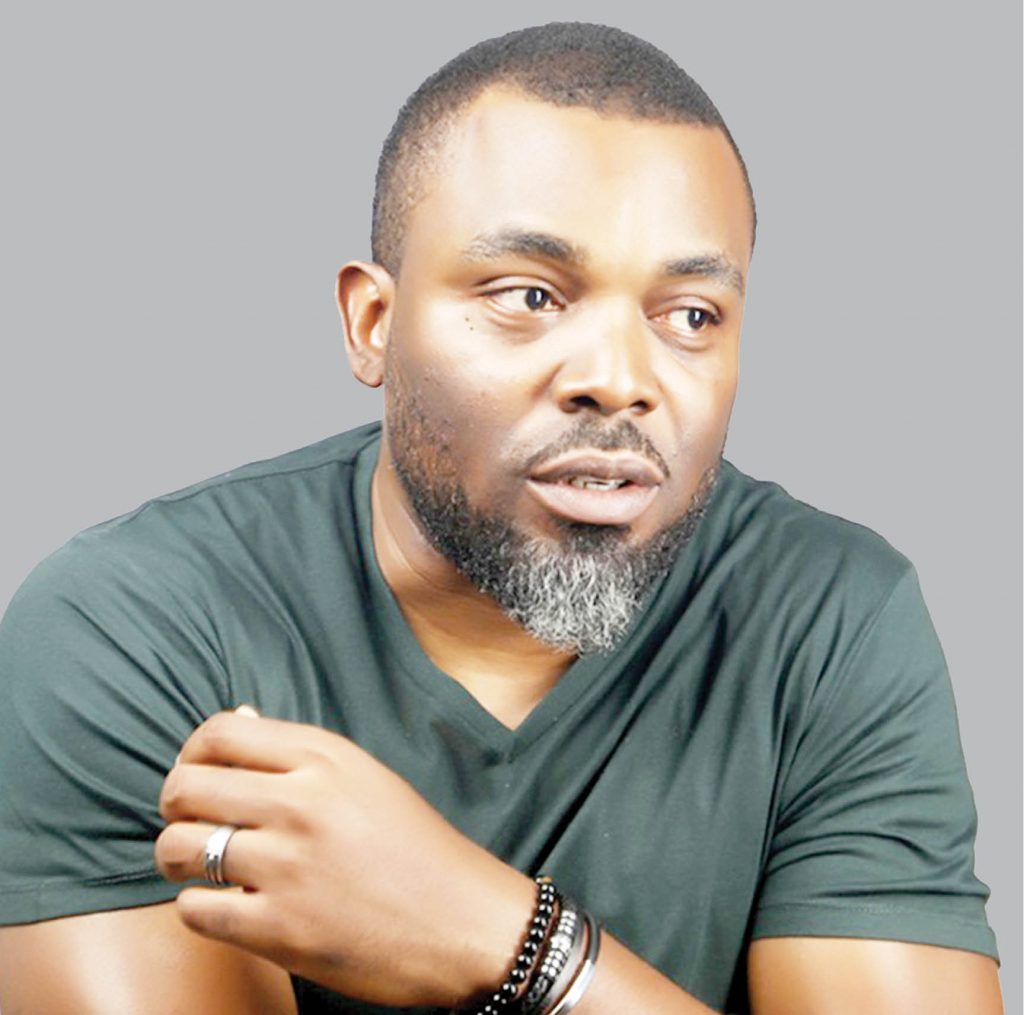 Chimeka Garricks returned to school for his post-graduate studies, and upon completing the program, attempted to continue writing the novel. But he found that the muse had deserted him like a mistress who moved on from a former lover after a period of neglect. Even the characters refused to speak to him. It was like a dead end, where a big gulf stood between the artist and his vision of the path ahead. Garricks was thrown into despair, a situation worsened by the fact that apart from being unable to continue writing his novel, he simply could not conceive new characters for another story. He feared he could no longer write fiction, and clutching at straws, he turned to another love of his: music.

In the author’s note of his short story collection, A Broken People’s Playlist (published by Masobe Books in 2020), Garricks writes, “I’ve always listened to music, from childhood I was deeply-braised in it, and now it’s almost necessary for my life as breathing. But at that time, listening felt different, almost religious, a daily immersion in words and lyrics”. 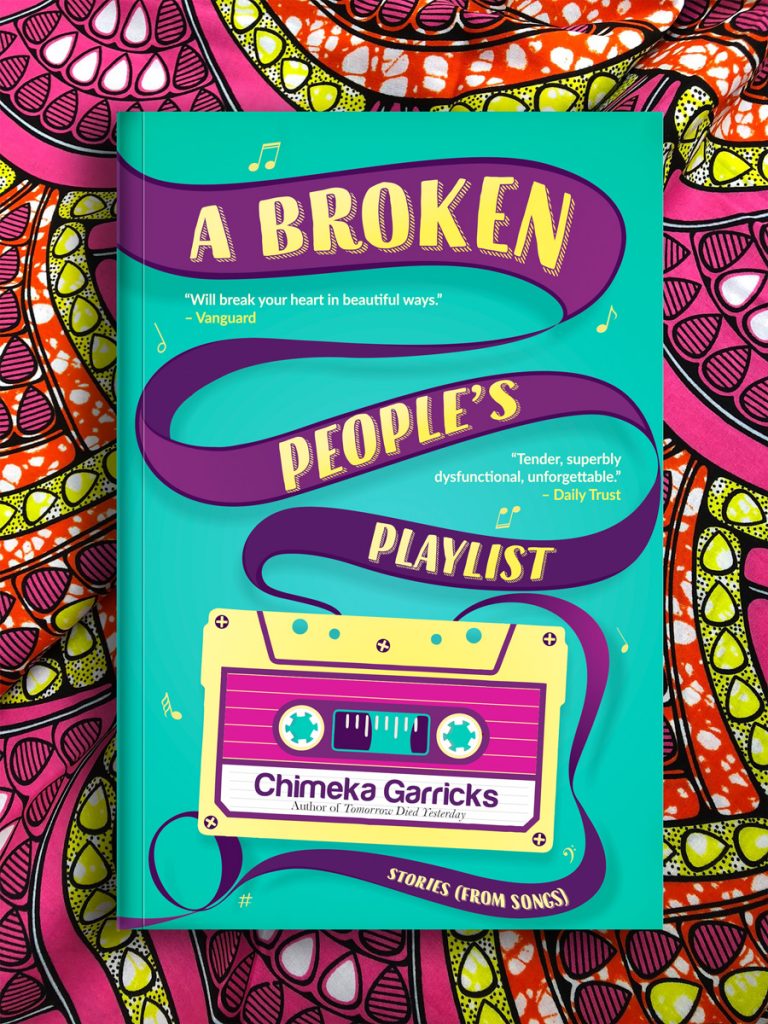 It was during this immersion in music that he got the inspiration for writing a story, while listening to Erick Sermon’s “Music”, which featured a Marvin Gaye sample. The story stemmed from an inspiration he got from a lyric that explored the concept of music adopting a person. This story, which turned out to be the second story in the collection, was about a struggling young man from a dysfunctional family who had to overcome adversity to become a DJ.

Getting inspiration from listening to music soon became a pattern that Garricks adopted to rejuvenate his art. Music fed his art, like the daily supply of building material an engineer demands as he supervises his labourers to reconstruct a fallen edifice. In that way, he wrote one story after another, and by the time he had written four stories with three of them published online, he returned to his novel. He failed again. Then he fell back to writing the shorter pieces. Some of the stories he wrote have characters in his novel-in-progress; it is their lives and struggles that serve up the prequel to the novel in question. Some of the stories too also have characters linked to his 2010 novel, Tomorrow Died Yesterday: as the author told the writer, Nnamdi Anyadu in a Book chat in June, a self-sustaining (literary) universe is in existence.

The subject of a sustaining universe in fiction is an interesting one. Some writers are lucky enough to find their own self-sustaining universe.  Recognizing this region of the mind, from where a writer might fetch their story and in which their characters come to play, is often an epiphany in the life of a writer. Graham Greene was famous for “Greeneland” which the top critics of the 20th century called the “poor, strange settings” where his profound stories which chronicled the human consciousness and religious catharsis were set. In this case, “Garrickland” would be Port Harcourt, one of the biggest cities in Southern Nigeria marked by its affluence as well as its poverty, chaos, waywardness and environmental crisis. These problems are espoused across the 12 short stories in A Broken People’s Playlist.

In the collection, there are heartbreaking love stories, stories that illustrate police brutality, the depravity of young people in a slum; stories with music at its heart, a story about old school love; a story about a man who tries too late to amend his mistakes, and another related story which shows the son of the young man whom he had denied at birth find redemption in his father’s efforts to make amends for his mistakes.

After completing the collection of stories written under the influence of music, Garricks took a look at what he had created and in hindsight, saw a pattern in the stories. It was a pattern of broken people in these stories inspired by music. He decided to name the book A Broken People’s Playlist.

Garrick’s writing style is sparse, and every sentence attempts to go straight to the point, with little time for the superfluous. This is very reminiscent of Ernest Hemingway’s minimalist style of writing, which he termed the Iceberg theory. He almost never bothers with digressing or trying too hard to explore. Some of the stories, however, follow a non-conforming structure of divergent plots and divergent points of view. Garricks takes pleasure in experimenting with his craft.

The book is being marketed as one which is meant to engage the reader emotionally, but I think the stories in the book are more than just emotions. These stories also dwell on the places, the people, their insecurities, love and losses, as well as short explorations on disappointment and long-term regret. My favourite story in the collection is “Lost Stars”, inspired by the Maroon 5 ballad of the same title, for its remarkable beginning, its strong conclusion, and its riveting core.

This is a work of art inspired by music, and it portrays music as the precursor of art that arouses deep emotions from which stories can be born. In A Broken People’s Playlist, Garricks with the help of music, reconstructs Garrickland, his self-sustained universe which had previously seen worse days. In this impressive work, we see the dead bones of stories rising again from the prophecies of music to remind us yet again of the power of stories.